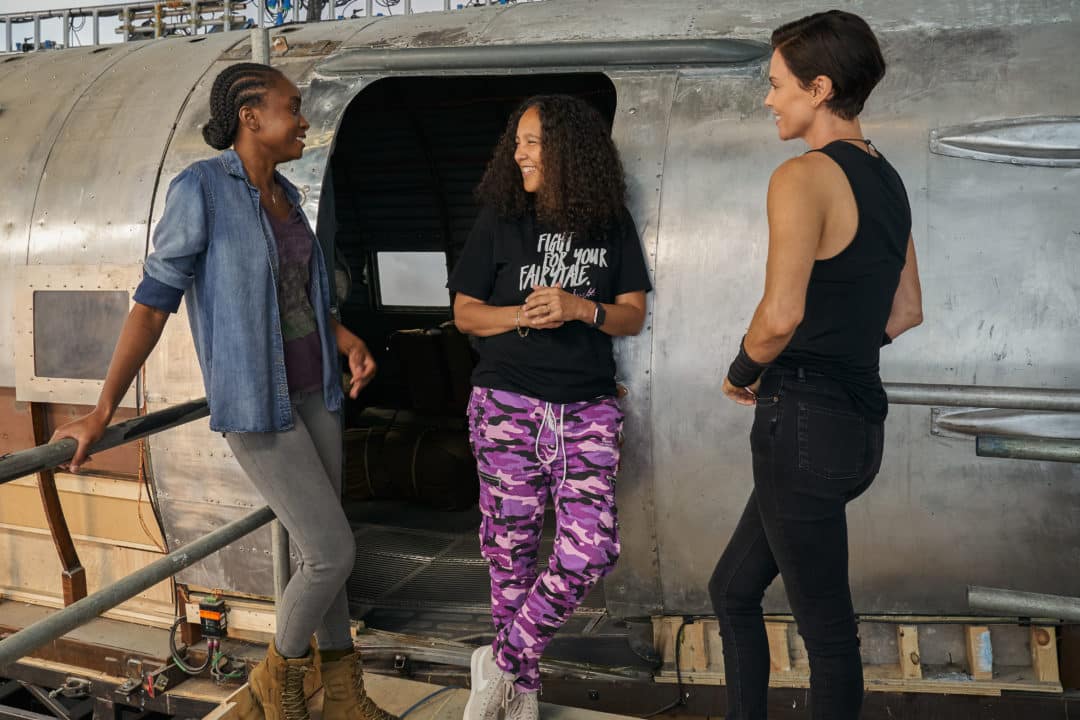 Charlize Theron, Kiki Layne, and Gina Prince-Bythewood on the same project – an action movie at that. Are you ready? I’m not ready.

Led by a warrior named Andy (Charlize Theron), a covert group of tight-knit mercenaries with a mysterious inability to die have fought to protect the mortal world for centuries. But when the team is recruited to take on an emergency mission and their extraordinary abilities are suddenly exposed, it’s up to Andy and Nile (Kiki Layne), the newest soldier to join their ranks, to help the group eliminate the threat of those who seek to replicate and monetize their power by any means necessary.

I need a trailer. Yes, between Gina Prince-Bythewood, Charlize Theron, and Kiki Layne, there is a likelihood this will be good, but the story kind of seems eh. Primarily because of the lack of ability to die which will make it so, while you know Theron loves being in movies that make you flinch, like “Atomic Blonde,” it makes you wonder if that lack of loss changes things. On top of that, who is playing the villain, and when it comes to trying to replicate these powers, does this mean seeing torture?

Overall, we think this will be a hit, but we have minor questions.