We come to the end of the Pill B arc and, naturally, with it being Owen’s episode, things transition to addressing his issues – like Olivia. Until Annie upstages him.

Time for a shift! We got to 1947, though you could be led to believe we’d be coming on the night Owen lost his marbles with Olivia. However, it is just him being some type of thief whose wife, who left him, Arlie, coming back into his life and getting involved with his case. One in which he plans to steal the lost chapter of Don Quixote

. Problem is, Dr. Fujita, who is trying to separate Owen and Annie, keeps tossing Annie out only for her to pop right back in. Seemingly because GRTA relates to her in some way or is imprinting on her.

Why? Well, she sees them both as depressed over someone they lost. For Annie, it is Ellie, who is confirmed dead from being crushed and burned to death – surprise! As for GRTA? Well, the death of Dr. Robert, who is in the dream, has her wishing to find a way to bring him back from the dead. Hence the party having a seance theme. 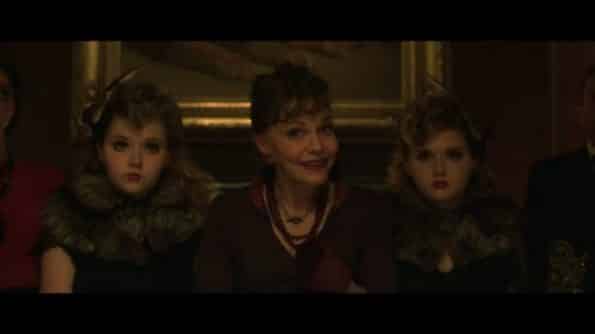 So… GRTA is able to go beyond being a bystander and insert herself into the actual dreams. Why do I feel like the past issues of the trial probably wasn’t just Dr. Robert being a drug addict? For if GRTA can get depressed, do you think she got envious of what Dr. Fujita and Dr. James had? Maybe inserted, in human dreams, her getting to be with Dr. Robert dancing, canoodling, having sex, etc? But there is also a need to question who were those two girls by her side?

Switching to Annie, shouldn’t it have been dangerous pulling her out of Owen’s dream world like that? When she went back to the lab and revisited the story about her mother leaving, it seemed violent and she came and went as we have seen Grimsson do. Considering Owen’s already fragile state, did anyone not think this would be dangerous for him? I mean, Annie seems a bit more functional without the trial than him. So you’d think taking her out would lead the world to maybe collapse.

But, then again, this isn’t Reverie and it seems Owen and Annie have 0 control over what happens.

Why did Linda and Arlie manifest? Well, Linda represents something foreign to Annie. Something she claims she never wanted but maybe, more so, feared she’d never have. After all, her mother did quite a number on her. So the idea of having three kids and a ride or die husband? Ludicrous.

As for Paula? Well, that is Greg’s mom and the whole idea was stopping Greg’s death so Ellie would have never died. But, with her saying something to the effect of “No matter who I had to hurt” it makes you wonder if she would have killed to get what she wanted. Like, in the case of Patricia, would she have actually killed her to get into this trial? If not, more so, hurt her daughter for not letting her in? For while it is established Annie isn’t suicidal, homicidal isn’t brought up.

Leading to the need to address Arlie – this is Annie’s manifestation of her mother. Someone who liked to make deals, have you let your guard down, and then gut you. Now, as for whether Arlie and Ollie’s relationship was like how it was between her parents? That isn’t said. 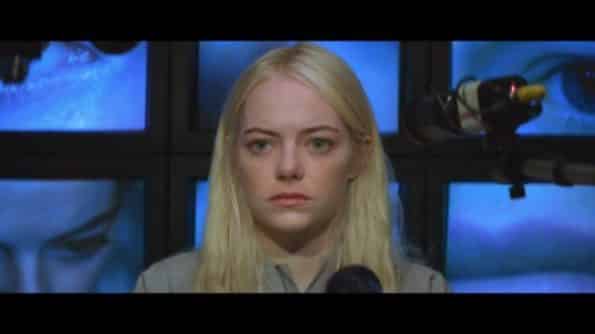 If Ellie is dead, what is in Salt Lake City waiting for Annie? She had no intention of talking to their mom and their dad is… well seemingly in a similar state to GRTA. So is she buried in Salt Lake City? Also, why does it seem there was more to Annie’s mom than there appears? Not to throw the unreliable narrator idea into the mix, since Ellie did co-sign Annie’s experiences to a point, but there are details here which feel like they are lacking.

Plus, it does seem like GRTA is glitching and considering she is in people’s minds, who knows if, as she observes things, she may not be reconfiguring memories as well. After all, the sell here is these three pills, taken over the course of three days, are supposed to be more effective than therapy. So who is to say GRTA, a depressed AI, doesn’t just delete whatever hurt you. If not takes the emotion out of it so you feel unaffected?

Because, with what we’ve seen thus far, what else could she really do. We see her interfere, to a point, this episode but not enough to say she is trying to influence either Annie or Owen’s brain. It seemed, if anything, she was trying to connect to them. She wanted to connect to Annie and grieve with her over a loss one or connect with Owen over the ideas of being tricked, betrayed, or having something potentially stolen. So will the trial ultimately fail?

In the long run, despite it seeming Ollie is a thief, the proper word would be “was.” After Arlie betrayed him, drugged him, and he went to prison, it seems he decides to work on the other side. That is, testing people’s security systems as he does for GRTA for her last chapter of Don Quixote. But, to get it, he needed Arlie and Olivia gives some help. However, despite this being Owen’s episode, he still lags behind the progress Annie has made.

What is going to be done with Owen? At this point, it seems the writers have decided to exploit Emma Stone and Annie to the fullest and make Owen but a supporting character. Which I’m fine with, since Owen blew it on episode 1. However, we’re halfway in now and with meeting Olivia, I must admit I’m hoping they’ll address the peculiarities of that relationship more. Especially whether it was true or not that his parents set him up or was that just his paranoia. Though, who knows, maybe it wasn’t his parents but Jed? Hence Grimsson’s existence.

Either way, Owen definitely needs a jump start in, preferably, the dream worlds where Hill isn’t playing monotone, unless they are going to give Owen some adrenaline.

Every mistake I’ve ever made started with “It’s too good to be true.”
— Ollie