Reverie is yet another ambitious NBC production which speaks to the innovation the network has but also how much it might want to consider mini-series.

After the death of her sister and niece two years ago, promising antiterrorism agent Mara Kint’s world fell apart and so did her career. Yet, one man, Charlie, may be able to find her some form of redemption, if not closure by helping others get that. For currently, Charlie is working for Onira Tech which produces this service known as “Reverie” which allows users to live in world of their own making. The kind of world in which even the dead can come back to life.

Problem is, many are starting to make their fantasies reality and they are spending weeks in Reverie and are beginning to go in comas. For the longer they spend in their world, the more disconnected they are to reality. Hence why Mara is brought in for one of her specialties was being a negotiator. However, the question becomes, despite Charlie vouching for her, can she handle entering other people’s minds, while bringing her own trauma, and help reconnect them with reality? 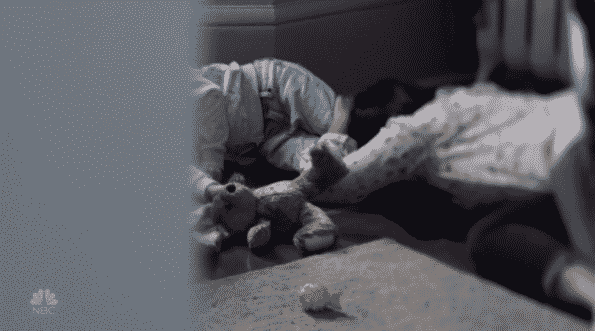 Loss and regrets seem like it will be a consistent theme throughout the series. After all, Mara lost her niece and sister to domestic and gun violence. Then, on top of that, Reverie creator, Alexis, she lost her brother Dylan who is now the AI which powers her company. Add in that each episode likely will deal with losing a loved one, regretting something and rewriting history, or something similar, and you can see a pattern of crying once people get closure or are lost to us.

My fear for this show is that there will come a point where when we aren’t as deeply affected by the episodic stories because we’ve become emotionally numb to them. Thus bringing to question, how long can this story really go? How many people could really go into comas and need Mara’s help before the whole program gets shut down or sued? Realistically, the foundation of this show doesn’t seem built to last a multitude of seasons. If anything, it really does push the idea it should have been a mini-series. Otherwise, it may end up one of those programs that peak season 1 and crash in season 2.

Adequate But Not Engaging Characters Leading to the next issue: While the characters are cool, with actors who have familiar faces, the means of hooking you in is through death. Something which I think sets the show up for failure since, as soon as death and violent murder is put on the table, you set where the boundaries are. So with Mara’s sister and niece, who wasn’t even a teenager, being gunned down and then her brother-in-law killing himself? That made it so everything will be compared to that. A murder/suicide is where the line is drawn.

But, it isn’t just the act but also the fact there was no build to the reveal. Revealing something so traumatic is usually what gets built up to as we get to know and understand the character. However, now it is laid out and there isn’t anything for us to get out of Mara but a redemption story.

An issue which also spills over to Alexis for there could, and probably should, have been a build-up to revealing the AI which powers her company is based on her brother. For that, as with Mara’s situation, could have helped craft how nearly every character is seeking some kind of closure, redemption, or a re-write of the past. Thus making it where the episodic characters could be as much tools for our leads as their own persons. “But it’ll get better”
Sarah Shahi as Mara

When it comes to NBC, a lot of their series seem like they would be perfect for mini-series, and Reverie is another prime example. For while you have to admire the ambition and premise which isn’t necessarily new, but not overdone, it’s hard to imagine this lasting through network cycles. For this show’s premise isn’t built for 18 to 24 episodes or even, if they make this a summer series, more than 12 or 18 without making Mara’s cases extend into multiple episodes.

Which leads to why this is being labeled mixed. While likely this will make sappy folks, like me, cry on a weekly basis, there comes the question of how long will it take to build a tolerance? Much less, when the guest stars no longer keep you going, considering the box the leads are in, and how their big reveals are done in episode 1, what will they do or have to keep you on the hook?