The only way to make sense of “Furs By Sebastian” is remembering the point of Pill B is finding a subject’s defense mechanism(s).

Table of Contents show
1 Furs By Sebastian: Sebastian, Linda, Bruce, JC, Lance, Agent Lopez
1.1 Commentary
2 The Breakout: Sebastian, Linda, Bruce, JC, Lance, Agent Lopez
2.1 Commentary
3 I Must Be Confused: Jed (Grimsson), Bruce, Linda, Paula
3.1 Commentary
4 Question(s) Left Unanswered
5 Highlights
6 On The Fence
7 Follow Wherever I Look on Twitter, Like us on Facebook and Subscribe to the YouTube Channel.
7.1 Maniac - Episode List Watch Only on Netflix Season/ EpisodeSynopsisSeason 1/ Episode 10 “Option C” [Series Finale]Maniac concludes with not much in the way of fanfare but Annie, as usual, being the catalyst for a rather sweet moment. Season 1/ Episode 9 “Utrangatta”We come to the end of Phase C and it’s an emotional end for Annie. As for Owen? Well, while it lacks emotion he does get to be a hero. Season 1/ Episode 8 “The Lake of the Clouds”As we get to see the rise and fall of a theoretical Owen and Olivia relationship, Annie is given an ultimatum by GRTA. Season 1/ Episode 7 "Ceci N’est Pas Une Drill"We may FINALLY begin to really address the topic of Olivia as Annie is stuck in the fantasy world of Ellie’s dreams. Season 1/ Episode 6 "Larger Structural Issues"In order to prep for Pill C, the GRTA situation is addressed. Alongside Dr. James’ issues with his mother Dr. Greta. Season 1/ Episode 5 "Exactly Like You"We come to the end of the Pill B arc and, naturally, with it being Owen’s episode, things transition to addressing his issues – like Olivia. Until Annie upstages him. Season 1/ Episode 4 “Furs By Sebastian”The only way to make sense of “Furs By Sebastian” is remembering the point of Pill B is finding a subject’s defense mechanism(s). Season 1/ Episode 3 “Having A Day”Remember Dr. James, from the commercial with Dr. Robert? Well, he is reintroduced and, as a bonus, we learn why Owen was committed. Season 1/ Episode 2 “Windmills”Focusing on Annie helps Maniac rebound from a lackluster premiere. Especially as we learn how and why she got into the trial. Season 1/ Episode 1 “The Chosen One!” The only reason Maniac presents to continue past episode 1 is your loyalty and faith in the actors. Not their characters or the story.
7.2 Maniac - Episode List
7.3 Check Out Other TV Recaps

Though Linda is Annie and Bruce is Owen, we’re going by their names in this episode for fun. Plus, not a lot happens to get tripped up on. All we see is Linda, still #9 in this, find a man named Sebastian who deals in legal, and illegal, furs. One, in particular, a lemur named Wendy, he stole from Linda who was supposed to deliver that Lemur to a woman’s daughter as her dying wish – no BS.

Problem is, Sebastian has two sons, JC and Lance, as well as a lot of ammunition. So, when it comes to Linda and Bruce, some middle-class parents just trying to get a Lemur in a cage, sneaking in and sneaking out isn’t easy. Not to forget, a cop named Agent Lopez is watching Linda. 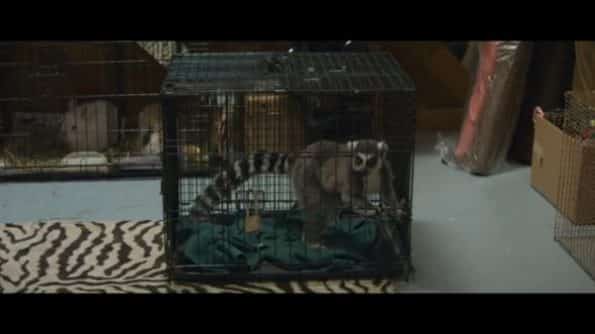 With it being clear just sneaking in and out with Wendy isn’t an option, Linda and Bruce come after hours with a brick, a darkened water gun, and hope for the best. Problem is, Lance catches them and uses the same brick they used to break in to knock them out. Leading to Sebastian contemplating what to do with them until Agent Lopez shows up, with one of two other cops, and thus, because Sebastian is an idiot, a shootout begins. One which leads to JC dying and enough of a distraction for Bruce and Linda to break free, with Wendy, and head off to Wendy’s final destination. 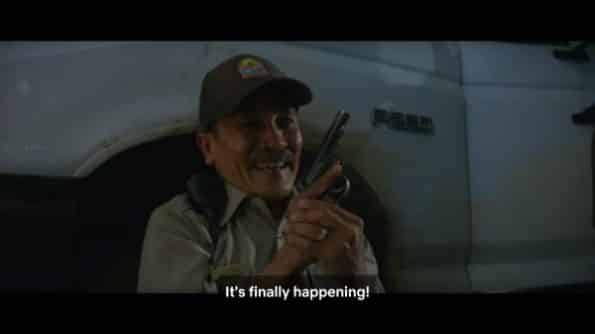 Does the Fish and Wildlife department really have guns on them and participate in shootouts? Like many, I’m used to hearing about the narcotics department, homicide, things that likely were once CSI or Law & Order focused shows. Not Fish and Wildlife. But, questions about that sort of obscure department aside, there ain’t much to say about Sebastian and his boys. Outside of questioning, considering the actor who played Lance is someone Annie saw before as a Friend Proxy, could all these faces be familiar people to her? If not Owen?

I Must Be Confused: Jed (Grimsson), Bruce, Linda, Paula

We come to discover Wendy was meant to be an F-U present to Paula. One in which Nan pretty much puts it out there the love and respect of a Lemur is better than that of a child. So, needless to say, she doesn’t want the Lemur. Leading to a few noteworthy moments. The first being a Jed sighting by Bruce and that being followed by Linda recounting a moment from her childhood. One in which her father was down their long and winding driveway, alone, and crying – with seemingly Linda and her sister’s mom gone.

Problem with this story is, Linda’s parents are together so you can only assume this must be Annie’s story. But Annie isn’t the only one who glitches. Bruce sees a picture of Olivia with a caption about her being the one who caused his BLIP. So maybe this was a wall to throw off GRTA and she found some cracks in the defense. 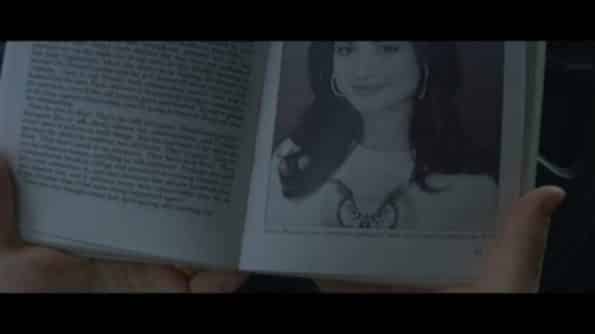 Okay, big idea: Paula represents Annie and Ellie is Wendy and Nan their mother. As for Sebastian and his kids? We’re sticking to the idea of that being Ellie’s fiance and maybe his friends. If not, to turn things about, them being a collection, Sebastian, JC, Lance, and Wendy, which make up Ellie and Agent Lopez represents the driver who killed Ellie.

It’s all rather hard to say since this is the type of show which seems like it isn’t made to make sense but get you thinking. Oh, and as for Owen? Well, outside of the Olevia and Jed sighting, I think we all can agree this was more than likely an Annie episode. Which makes sense since the two of them do alternate who gets to play lead and who supporting.