After a romantic evening, so comes the issue of Yasir living with his ex and Nuri being married to a job which doesn’t give her time to date.

Was It Love or Are You Dumb?: Angela, Nuri, Ruby, Yasir, Sean

Nobody associated with Yasir and Nuri believes or strongly supports their relationship. Angela rolls her eyes and reps that hating friend who ain’t got a damn thing going on but got so much to say, negative might I add, about what her friend got going on. But, can you blame her? Nuri is so distracted over the little time and attention Yasir can sneak in that she is jeopardizing a serious opportunity. One which doesn’t come for sisters too often. But, in the end, Nuri is grown and has to make her own decisions.

As for Yasir? Nuri isn’t a sure thing but Ruby still walking around like he could get it. Hell, she was ready to give him some. However, Yasir maybe low-key playing her but he isn’t a dog. So, at the sacrifice of their relationship, perhaps friendship as well, it is decided they are over.

In a weird way, you can kind of see them both making huge leaps of faith for a relationship which basically is just good game on Yasir’s part and falling hook, line, and sinker on Nuri’s. I mean, yeah, you opened up to him and he even gave you a line that got you noticed but, is he worth sacrificing all this work you put into a career? Some dude who wishes he was in your shoes, you low-key know living with some woman, and can’t even keep his pager on?

Now, as noted in the premiere, with knowing they end up together that calms down quite a bit of anxiety. However, it also makes you wonder, “Could I have that much faith in someone off of a few conversations?” Like, I truly feel this show may push your suspension of disbelief, whether you are a romantic or not. 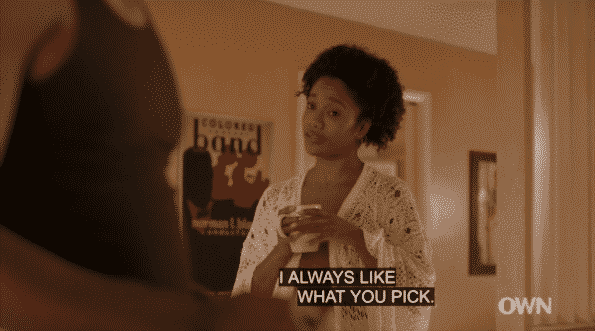 I mean, even in the case of Yasir, things might not be good with Ruby romantically, but she was open to friends with benefits to keep things copacetic. Nuri could have been a taste of better and something to try to find, again, once you are back on your feet and not reliant on your ex. But, faith is a powerful thing huh? It’s just one thing when faith deals with a God of some kind vs. a faith in a human being. That kind of leap is the one where it’s a 50/50 split between water or concrete you hittin’.

The End of One Thing: Yasir, Ruby

It’s decided by Yasir that he is going to leave. Well, at least make preparations. He was going to use Sean’s couch but Sean on it for now. So he’ll just use his gym card to shower and keep fresh. But, as for all his stuff at Ruby’s? Well, if you remember the previews, you’ll know that is going to end up over the lawn soon.

Beginning of the Next: Yasir, Ruby, Angela, Will, Nuri

Being that we are before the time of everyone having a cell phone, a pager was how you contacted someone on the go. Thing is, just because the device looked cheap and basic, it doesn’t mean it didn’t cost a pretty penny. In fact, Yasir’s bill was about $100+ when it got cut off and effectively made it hard for him and Nuri to contact one another. Leading to two awkward moments which could have messed up everything.

First being that Will took Yasir’s message and caught Nuri when she left the studio for the concert. Him snitching on her could have ruined everything but he put that boy in his place. The second thing is Nuri called Yasir’s number, my bad, Ruby’s and she picked up. Her voice made it clear something went down and Yasir was a sore subject but apparently, Nuri gave no f***s what so ever. There is no way else to put it.

So, thanks to Angela, she gets covered at work and meets Yasir just as the show is about to start. 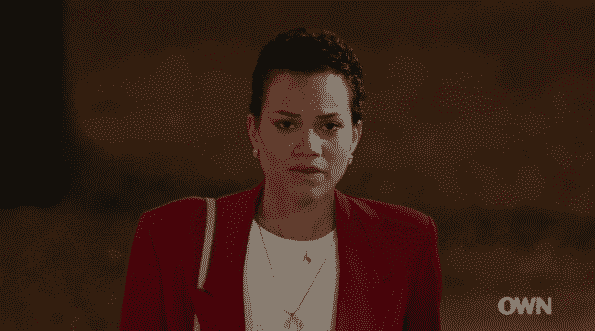 I’m sorry but, for Nuri to go from telling Yasir not to hurt her, him acting like the inspiration for Destiny’s Child “Say My Name,” and hearing Ruby’s voice on the phone? I cannot fathom that amount of dedication to a possibility. Bad enough he rushed to hang up on you but when you call the number you hear a distraught woman who clearly feels like you calling is picking at a wound? Yet you go to the concert smiling and giggling like a kid seeing their daddy? The side eye is strong.

But, hey, in their present-day versions, they acknowledge the BS. So it isn’t like this all is swept under the rug. However, and maybe this is a generational thing, it just doesn’t click in my head how Nuri really stepped into a situation which sounded so messed up. Especially after Angela laid down the best facts possible but Nuri treated them as opinions.

Like, damn showing these two falling in love. I may need the older versions explaining what the hell were they thinking so that I can believe they weren’t fools.

Every black man wanna be the man that he dreams about bein’, no different than anybody else but society makes it so easy for us to compromise that. Offer us so little we take anything.

It was like the universe was conspiring against us or fortifying us.

[…] the trial is a test, the struggle is a blessing.

Don’t get me wrong, fools in love, especially when Black, is something I never realized I needed. Yet, I feel like I gotta adjust since I’m not used to Black people being this kind of foolish over someone. Never mind knowing it actually ends on the good foot.