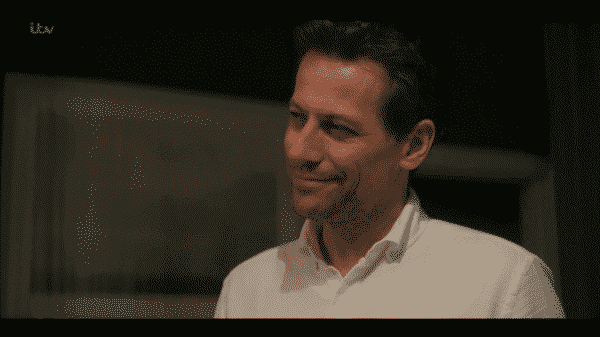 Just in case you thought Liar would be one season, we get set up with a whodunit cliffhanger. One which implies season 2 will focus a new liar.

If At First You Don’t Succeed: Laura, Vanessa, Andrew, Luke

Despite Vanessa, a cop, pressing charges, and the cops really going to bat for her, they get nothing. Despite even, 3 months later, planting a cop to try to bust him, Andrew finds her out and they get nothing. Part of this seems to be thanks to Luke perhaps providing an alibi but after the 3 month time jump, it seems he has less faith in his father than before. 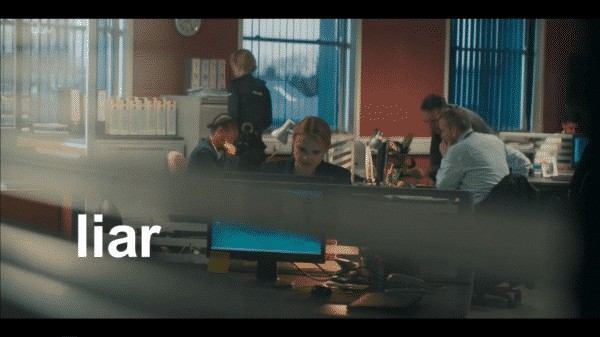 After the time jump, it seemed Laura was finally moving on. Granted, she wasn’t talking to Katy, who still was separated from Liam, but she was giving Ian a chance. After all, he was sweet and is flexible with her Andrew giving suspicions – that he is familiar with. However, upon seeing Andrew with Charlotte, the undercover cop trying to pin Andrew, she loses it. With that happening, she tries to warn Charlotte who, knowing Laura’s history with Andrew, decides to let Andrew know Laura approached him. Thus leading to him threatening her. However, as noted, while Charlotte thought that would push Andrew to make his move, she flubs it up.

You see, Charlotte, after being given a drink, gets caught trying to get a sample. Making it so Andrew avoids getting caught and is able to get cheeky due to another victory. That is, until Laura decides to go back into detective work. Leading her to have Katy steal Andrew’s phone, Tom tracks the various places it has been and then Laura checking out Mia’s (Ivana Basic) house. There Laura finds all the tapes and GHB, and it seems Andrew is going behind bars. All because of one woman who let a stranger in to pick up Andrew’s things.

Yet, Andrew doesn’t go to jail. The 17 women, in total, he raped, don’t get the closure they need through seeing him behind bars. However, that doesn’t mean they won’t get closure. For while everyone watches TV, as the manhunt for Andrew goes on 3 weeks, we learn he is dead, with his throat slashed, within the area Laura likes to kayak.

Now, as for who did it? Well, you know most of the list but now there is also Vanessa’s significant other Jennifer. Someone who is back from her tour of duty, found out about Andrew did and had a bit of a crazy look in her eye about it. Making it so, with her skills, would it really be so hard to kill Andrew? Never mind that there are 17 women in all with reason to do so. Plus, Vanessa being a cop who was one of the victims? Good luck to Luke finding out who killed his dad. Whether there is no love lost or not.

Why Does Laura Always Pick Up Her Phone?

Expect to see this critique in the season 1 criticism next week: Why does Laura pick up her phone? You know what, let’s also ask the question of why she didn’t change her number? Outside of Ian, she pretty much cut off everyone and seemed to not trust them. So why, of all people, she didn’t at least block Andrew’s number? Never mind engaged in a conversation with him when you know he’d be pissed because of you talking to his current girlfriend.

I mean, Laura talks about how much Andrew likes smart and independent women but Laura made herself seem time and time again to be an exception to that rule.

Who Really Gives Other People’s Things Away To A Stranger?

First and foremost – LAURA TOLD YOU HER REAL NAME! Surely you had to know Andrew’s history with this woman! She made his name go viral and I’m sure he bitched and moaned about her during that whole ordeal. Yet, despite that, some woman you never met you are just going to give another person’s things to and not even confirm that they have permission? REALLY?!

Bad enough Andrew being a rapist was revealed so early, but his end pretty much all happened within the span of 10 to 15 minutes? Again because one person was stupid enough to let a stranger get his things? Also, granted, this show is set in the UK so different laws apply; however, how can evidence Laura stole be used in court? Especially considering she stole his phone, hacked it, entered into someone else’s home under false pretenses, and then stole the evidence needed to pin him down?

I mean, considering someone slashed his throat, likely Jennifer, maybe it was clear that all that Laura did would lead to the case being thrown out? Thus leading to why he died the way he did. But still, I am really wondering with shows with this episode length, will they all have unsatisfactory ends? Ones which completely toss out all the potential their premieres had?