And so the killer is revealed and you likely suspected them. It is just, they weren’t really focused on much.

Table of Contents show
1 Episode Focus: And The Killer Is | Alice, Jim, Simon, Nathaniel, Tobi, DI Mercer
2 Subplot 1: One Mistake Doesn’t Erase All The Good | Miriam
3 Highlights
3.1 Simon Didn’t Tell
4 Low Points
4.1 It Felt So Anti-Climatic
4.2 Follow Wherever I Look on Twitter or Like us on Facebook.
4.3 Previous Episode’s Recap 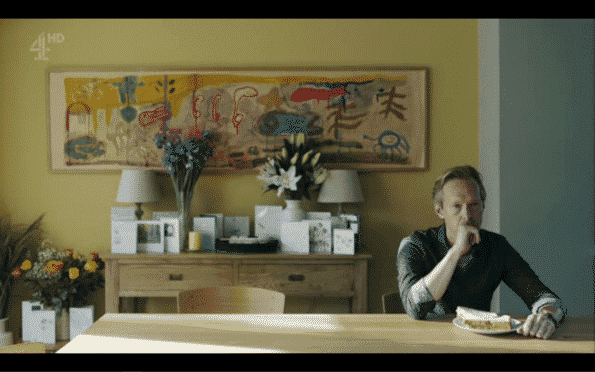 Jim. Yup, Jim did it. Kiri was the key to keeping his marriage together and with her getting it in her head that she was going to go home, pack, and then leave the family for a bit, Jim flipped out. Mind you, this was after putting her stuff in his car and trying to convince her to back down on this. However, like with Nathaniel, she ran, and he chased, and she tripped and hit a rock and that was it. Making it rather weird the word “murder” keeps popping up. Though, unless I’m mistaken, I can swear there was something about marks on her neck. Her falling and hitting her head wouldn’t explain that.

But, it doesn’t matter. Despite Simon pretty much laying out how he knows the truth, and Jim confessing, he doesn’t want to tell Alice. If only because it would mean her turning Jim in, she getting charged for trying to cover for him, and then Simon knowing he’d end up in foster care. That is, alongside dealing with the stigma of having crazy parents.

So, he decides to let it go as Nathaniel gets charged with murder, DI Mercer pushes Tobi for real defense counsel, and Tobi not only pursues Ade’s help but says, out loud, his son is innocent. Good luck proving it though, especially since Nathaniel’s vehicle doesn’t have some form of GPS and he likely doesn’t have a cellular phone.

Subplot 1: One Mistake Doesn’t Erase All The Good | Miriam

With it officially being over, Miriam being out of a job, naturally she is feeling down and out. After all, now that means she’ll have to take care of her mom, and get a little stipend for that, and pinch here and there. But, it isn’t all bad. Gabby, the girl who she was within the thick of it all, she brings about a small reunion between Miriam and a few people she set up at their forever homes. Reminding her that, while this mistake may have ended up her last, over her 20-year career she did do a bit of good.

Which, in the long run, makes her feel a little bit better.

Simon just leaving things with him telling his mom he loved her and not telling her what Jim did, was surprisingly, but a likable finish. Yes, it could mean Nathaniel going to jail, or at best getting off with murder but still being charged with abduction, but sometimes feel-good endings ruin everything which came before them.

It Felt So Anti-Climatic One thing I’ve always disliked about who-dun-it shows is that they will give the true killer one weak little alibi, one in which they’ll outright reveal there is a lie in there, and then focus on everyone else deeply. With Jim, he outright said something about Dave lying. At least in episode 2. Yet, all this show focused on was Simon, Nathaniel, and even slightly pushed our attention toward Alice in a way.

Which makes you kind of feel cheated in a way. Especially since, even outside of Kiri’s murder, which I can swear was by strangulating and not just hitting a rock, this show doesn’t say much. Like in the last episode, I bring up ITV’s Liar for that one used this same formula of putting a crime at the center of a much larger conversation. One which could lead to various points of view but what Kiri fails to do is make that conversation relevant. After episode 1, that conversation about whether a Black child should be placed with a white one, much less what it could mean for their development, its importance fades out like Miriam.

Making it where the sole interest is who killed the child? Something that, I wanna say could have ultimately used some oomph. Be it Jim chasing Kiri, us seeing the conversation or something which really drove it home why this child’s death meant more than these actors getting a gig. For, by the end of the episode, it barely felt like Kiri’s death or the larger conversation mattered. It was about these actors trying to be as theatrical or memorable as needed for their next gig. Versus, making the character and the story memorable.