Imagine if Mr. Rogers didn’t have his religious upbringing to fall back on. If his world fell apart and he couldn’t calmly handle it? Well, that is the story of Kidding.

It has been 30 years since Mr. Pickles premiered on TV and it has always been a bit of a family affair. Jeff was the host, his father Seb was his manager, and sister Deidre designed puppets. This is how things have been and it worked. Well, at least until Jeff’s son Phil died in a car accident, he and his wife separated, and Will slowly became a menace without his twin brother. Though things aren’t all that good for Deidre either. Her husband is a closeted homosexual and her daughter, Maddy, is beginning puberty.

And while Deidre lets out her anger, Jeff does not. Yet, with things changing for the worse in his life, it seems he is on the verge of a nervous breakdown.

The Dark Side of Jim Carrey 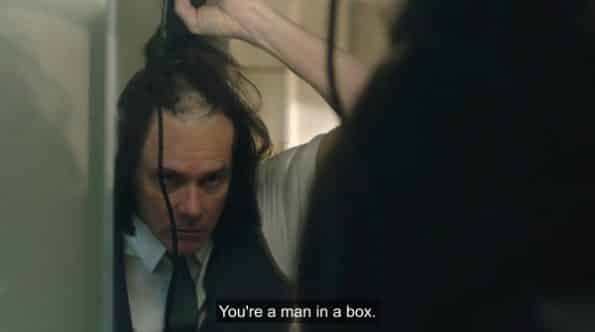 Ever since Eternal Sunshine of the Spotless Mind

, perhaps even The Truman Show

, seeing the dark side of Jim Carrey has been an experience. For like when we saw Eddie Murphy tap into his darkness in Dreamgirls

and other comedians show remind us they are not funny 24/7, it brought a whole new life to them. Yet, unlike most comedians, besides Robin Williams, Carrey going dark is rather consistent in quality. After the initial shock, you realize he can maintain his charm while dealing with dark and deep subjects. That he can touch upon what seems to be a universal need to validate one’s existence, run from the darkness, yet feel blinded by the truth which is the light.

Something you really get to experience with Jeff for he seems like such a nice guy. The kind who seems like the good choice, but certainly not the exciting one. Even to his father. Jeff is safe and wants to keep him like that, in a box, for it means steady revenue. For if there is one thing which separated Jeff from Mr. Rogers is Jeff is far more influenced by money. It even dictates what he talks about on his program.

And you can see, not being allowed to evolve and selling out a bit, it has gotten to Jeff. Which, with great constraint, you see Carrey struggle with the idea of wanting to do good, be good, but being unable to confront the bad. Be it in himself or the world around him. Instead, it seems he copes by shutting down to a point. An option which may have worked for a very long time, but it seems it isn’t a good enough anymore. Between difficult conversations, a vice, or some kind of cathartic release, something has to give.

The Rest of the Show

One of the issues which always comes from someone like Carrey coming onto television is if they are not paired with people who are of a similar vein to them, they either feel awkwardly placed or shadowed. For example, Sharp Objects works because Amy Adams, Patricia Clarkson and Eliza Scanlen are of the same ilk. Each one’s talent melds well and plays off one another well.

And this is all to say that, Carrey currently is the selling point here and the rest don’t add a whole lot to make this seem like an ensemble of some kind. For Deidre’s parenting issues, and her husband being closeted? It doesn’t bring anything positive to the table. Seb being a bit of a bastard or Jill being the ex-wife who Jeff desperately wants to regain normalcy? They do better, since they directly affect Jeff’s breakdown, but there is no desire to know who they are when Jeff isn’t around. 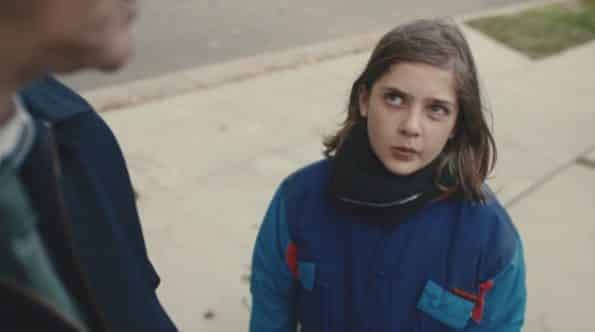 Then, when it comes to Will? Well, he might be the only exception. For him being in that accident, perhaps watching his identical twin die, and deal with that? It’s of interest. Much less imagining being the kid of a beloved children’s entertainer who is far from the gold standard of how juveniles are expected to be.

While Carrey is the main attraction, it isn’t like he completely dominates the show. The writing for his character and his performance aren’t at the level where they compensate for the rest of the cast. Which isn’t to say they are terrible, the actors, it is just things like Deidre’s husband screwing the neighbor, Will trying to torture his mom, maybe blaming her for Phil’s death, and Seb being a stoic bastard of a father? It pushes you to wonder why wasn’t this just made into a movie vs. being a series? For something about those combined stories, among the others we see, makes this seem like something which could lose its luster quickly. To the point, whether you watch weekly or binge watch when the season is over, you may not make or keep this as a priority.