It’s five days before the heist when the episode starts, and while Roger gets one lucky break, Leo gets lucky.

With so many years and an inside person into Roger’s operation, Leo has a seven-part plan, which must be executed within a half hour. First is getting the RF transmitters in the armored trucks that go to 505 Wall Street cloned. Following that is getting into Roger’s company, SLS, and past the armed guards, elevators, and restricted access. From there, there are military-trained guards, a hallway floor, then having to get a door which, on the way to it, the system recognizes your walk. After that, you have to open the vault, turn off the temperature sensor, and handle the three-part security check with scans your face, which requires a certain item and information to unlock, and then the final part, which is cracking the safe, extracting the bonds, and getting out.

While we know Leo’s goal is revenge, why is everyone else doing this? For RJ, it’s simple: He wants a Butch Vig original, 1965 Ludwig drum set. Bob wants to retire in the Bahamas, Stan wants to move to Portugal and start his own vineyard, and Judy? She wants to go to this small mountain town, Angangueo, which is in Mexico, and live there.

As Leo’s team bicker with each other, mostly due to Bob’s insecurities or idiocy, Leo is acting in such a way that makes Ava worried. She knew this job was personal, but the way Leo is acting, there is fear he may slip up. Luckily, Andrew, who got fired and blacklisted, is trying to blackmail Roger, so even if Leo is making mistakes or being messy, Andrew would likely take the fall.

However, Andrew’s expertise and ability to discover who Roger really is, and threaten him, isn’t taken lightly. Exposing Roger means losing Stefan and the Triplets’ money, and that could mean the end of his company and his $4.3 million net worth. Never mind the life he has with his wife and kid. So, Roger has Carlos kill Andrew and take care of that.

Little did he know, though, The Triplets knew about Roger’s past and wanted him to tap into who he was, to do some bidding for them so they can make that money they have entrusted with him secure beyond the underground vault he had built. One that, again, no matter how high-tech Roger makes it, and him finding Leo’s backdoor to handle things, seems to be vulnerable to low-tech. Specifically, a storm on the way and a train tunnel near the vault which could make the perfect entrance.

Getting a breakdown of the plan, like all we’ve learned thus far, is useful. We know each step, and as we hear Bob talk, sound greedy, and learn his hand isn’t ready to crack a safe, you can gather when the s*** will hit the fan. Which does cause some intrigue to see whether or not your guess is right.

While You Know The Stakes And See The Emotion, Something Still Isn’t Clicking

“Kaleidoscope” still feels robotic. Like with the scene where Hannah exposed her heart and the pain of Ray abandoning her, you can tell there should be meaning as Ray looks upon all Roger has that he doesn’t. Heck, with Bob, you should be able to understand why Stan can get under his skin. Yet, something isn’t clicking. We get more and more information, which should seem more valuable than it is, but the actions aren’t coming to life off the page.

At this point, I want to say it might be because the show lacks style. It pretty much gives you everything you expect and doesn’t mess with the formula one bit. Whether it is revenge plots, elaborate break-ins, or relationships that could go awry and ruin everything, I feel like, if we watched additional episodes, we’d get far more information than we’d need.

This ultimately leaves us to think that maybe this could have been a movie because “Kaleidoscope” is flailing as a show to the point this is the last episode we’re covering. 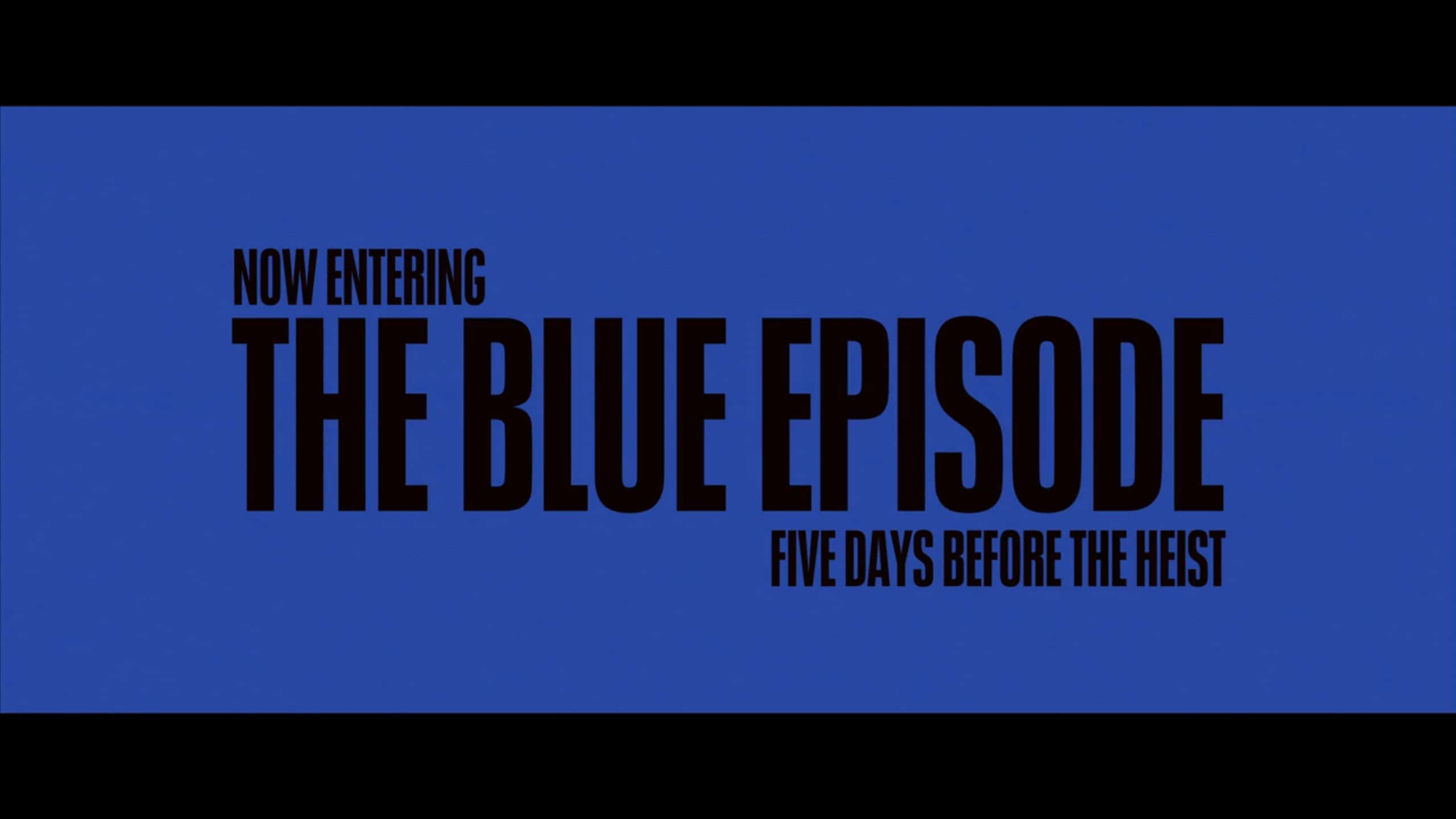 Kaleidoscope: Season 1/ Episode “Blue” – Recap/ Review (with Spoilers)
Overall
While “Kaleidoscope” has a talented cast, the writing is too formulaic for them to bring the words to life and compel you to watch, whether in the order Netflix has the show in or bouncing around until you reach the ending.
Community Rating0 Votes
0
Highlights
Disputable
74
Subscribe to our mailing list