While lackluster at times, Industry ends on a high note as Pierpoint’s politics lead to some unexpected hires and someone getting fired!

As is Pierpoint tradition, the grad students are interviewed by MDs and state their case for th whole company to see. But, what makes this one special is one of the big names from the New York office, Bill Adler, attends. For some, this is to their benefit, like Robert, who stresses client relations as their main selling point. However, for others, like Gus, who basically gives the company the finger, this is of great embarrassment to Sara and her peers. 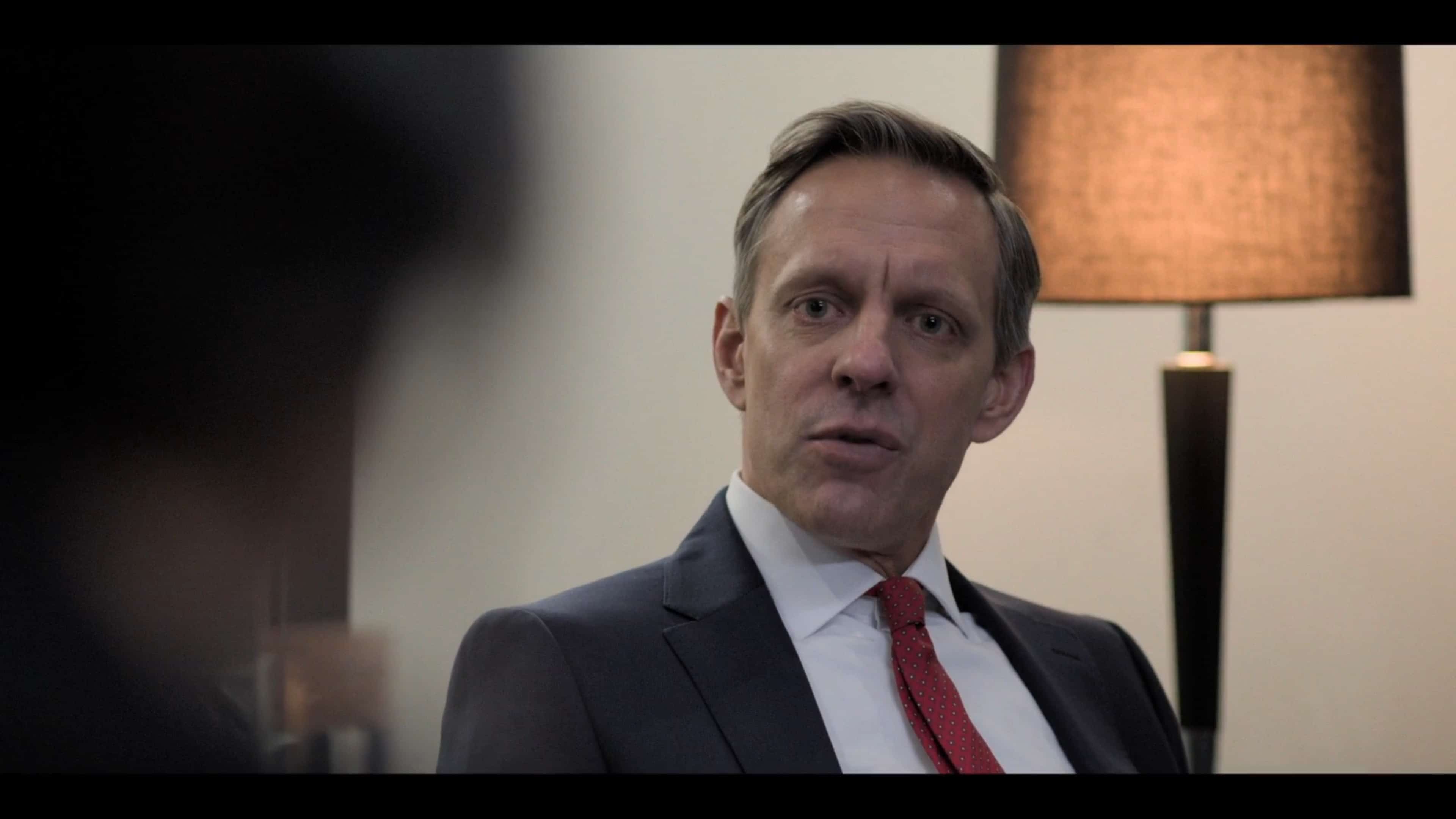 But the ones of special interest are Yasmin and Harper. For Harper, she just stresses out and walks out the meeting, but later returns to her desk like nothing happened. Then with Yasmin, she is so prim and calculated that if it wasn’t for both Daria and Hillary being invested in her, as well as Sara, she’d be dead in the water for the others.

Yet, when it comes down to it, nearly all but Robert are confirmed as hires. Heck, even Gus still had Sara vouch for him after his performance.

Now, honing in on Harper, there might be a question of why she still was a hire after everything that happened? She is the grad with the least qualifications, led to one of the major employees having to be fired, showboated the extra money she was given, and Daria made it sound like she didn’t fit in. That she wasn’t a fit for the culture.

Well, originally, it seems the answer was Sara. While Daria operates on some form of loyalty amongst women, Sara, perhaps similar to Eric, focuses more on commitment amongst people of color. Mind you, it could also be that Gus and Harper know the worst about Pierpoint, and with Sara having some realm of power, she doesn’t want a bulldozer taken to what she has built up. So, take her kindness with a grain of salt.

This isn’t to say Daria, in the clutch, doesn’t vouch for Harper. It’s just, to Harper’s face, she says one cruel thing after another. Be it she not seeming like a good fit or not caring about Nicole nearly assaulting her. Hence Harper, who has no issue making desperate moves if she has to, making a decision to secure her future.

You see, before Sara gets to talk to Harper, Adler and Eric held a meeting with her. One about her accusation and what comes out of it isn’t just a recant but Harper taking down Daria. How? Well, by saying she felt pressured to say something by her and that being what led to her saying what she did about Eric.

With that said, Daria is out, Eric is back, and it seems Eric has possibly forgiven Harper. At least they are able to joke like they once did. As for whether he’ll still invite her to meetings and mentor her, that is a whole separate thing. 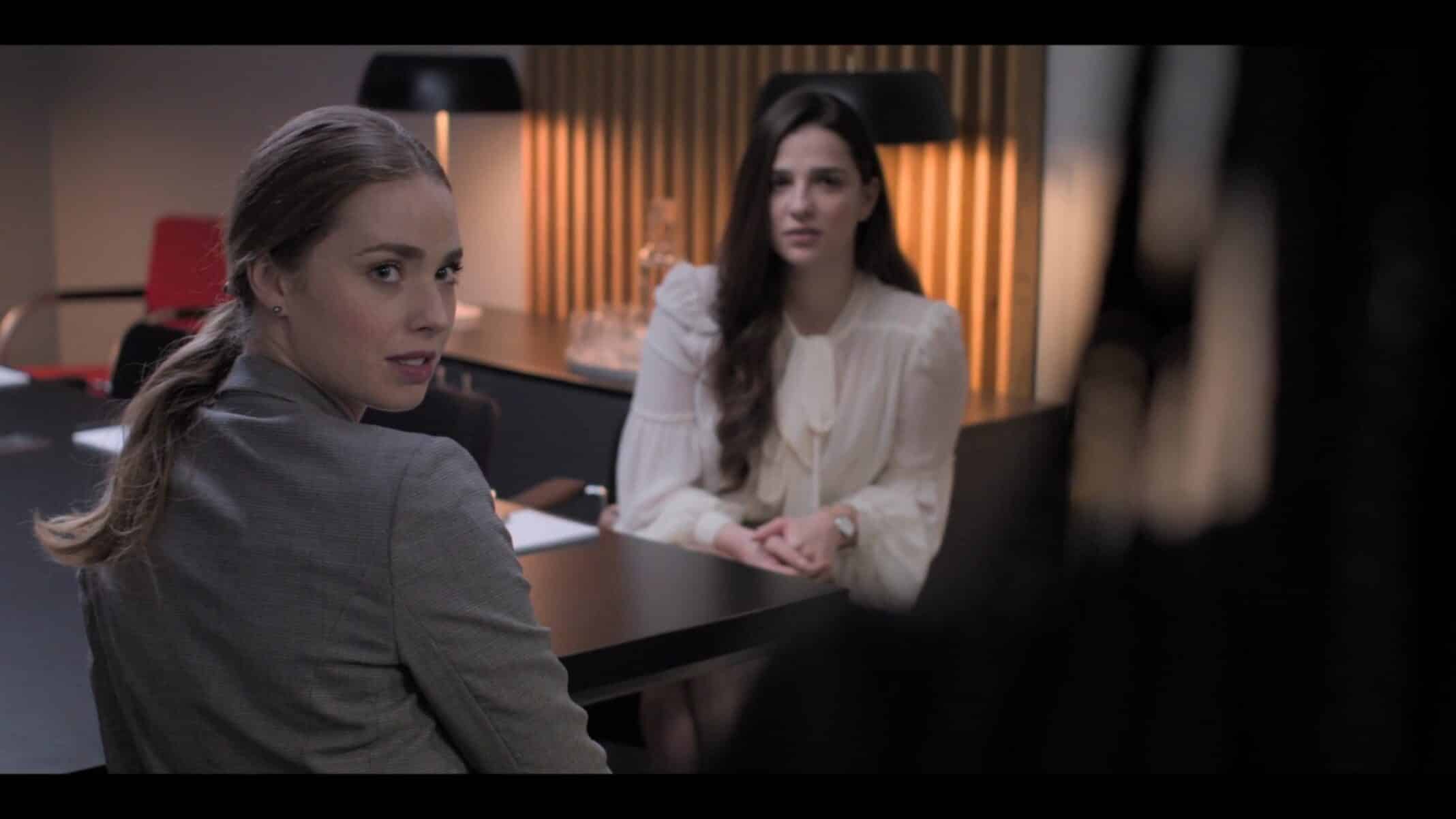 But in healing that relationship, Harper destroys another. Before her departure, Daria was working on getting Yasmin transferred from FX. However, with what Harper did, Yasmin is stuck. She is stuck with Kenny, Hillary, and that odd group where she isn’t respected, utilized, and feels like she lacks direction or advancement. So, it is only natural she lashes out at Harper, who, honestly, couldn’t give a f***.

Leaving it clear that Harper definitely will have to use her salary to find a place for herself.

Any success I might have doesn’t have to come at a cost to you.
— Yasmin

[…] the only agency we have in a stagnant system is the single choices that we make, and the cumulative effect of making the correct ones more often than not.
— Sara

The choice is between the invisible man and the visible woman.
— Sara

Don’t judge me when you hold your fucking tongue whenever it suits you.
— Harper

The politics of Industry were not handled as strongly throughout the season as they were in the last two, if not 3 episodes. For the most part, it was shown who you align with should matter, but RIF wasn’t made to be as intense as it should have been. Especially considering you don’t just have to impress and get one person to vouch for you, you need multiple people.

That’s why it isn’t until the final episode, where you see Daria trying to set up the next chapter of Pierpoint, with Sara’s support, that the office politics gets interesting. For while it was clear Daria had it out for Eric, for whatever reason, it wasn’t until realizing Sara backed her did things make sense. It isn’t until you see Daria trying to snag Yasmin, maybe have her take Eric’s seat, Clement’s, or Harper’s, that you realize how much planning went into what we were seeing go down.

And mind you, this isn’t to say Sara wasn’t a notable player in all this. Daria might have been the one getting her hands dirty, but this isn’t to say Sara wasn’t making plays of her own. Lest we forget, before Daria’s meeting with Harper, Eric thought they were trying to get rid of him. So there is likely a story amongst the management we weren’t made privy to, and while, in the finale, taking in all these layers makes this show more and more interesting, it sucks this wasn’t laid out further before the end.

Where Your Loyalties Lay

Can we just say Gus blowing up in that meeting was the most entertaining that man has ever been? Yet, at the same time, it also signaled the beginning of the end for Sara and Daria’s plan. Gus saw through the soft tones and Sara’s attempts at being honest and understood she had an agenda. One he could greatly benefit from, but unlike Harper and the rest, as much as Gus wanted a mentor, he also wanted someone who would allow him to thrive.

When Sara moved him from one department to another and left him there, that showed him all he needed, and taking note she didn’t like him questioning her decision and how she acted when that lord was around, that showed her true colors. Did she want change? Yes. However, that change meant her becoming the new master and adapting things to fit her, and people like her more. As for those like Gus, they might benefit as a person of color who may not have to deal with as much BS, but certain disadvantages would remain in place.

And I think Harper felt the same way about Sara. All this talk about changing things, it made Harper feel like she was a victim, a baby bird to rescue. That is despite, like Gus, her having twice as much under her belt yet still being underestimated, and even used only when Sara, or even Daria, saw fit. With Gus, he had the best education of anyone, yet he got humbled by being put in a department he’d underperform. With Harper, she was the only one who really pitched sales and made orders. Everyone else? Either they were stifled or partied.

So Harper deciding to screw over Daria and bring back members of the old guard, in this case, Eric, could be seen as selfish, yes. However, in Sara and Daria’s world, how much of the loyalty they expect from you actually be reciprocated?

Where Your Loyalties Lay - 88%

While lackluster at times, Industry ends on a high note as Pierpoint's politics lead to some unexpected hires and someone getting fired!