As the need for clients grows, after a major exit, the grads, minus Harper, scramble to show their worth at Pierpoint.

With Eric officially losing his client, it sends him into a bit of a whirlwind, especially since Daria wants to keep poking the bear for specifics on what happened. Thus leading to the need to push Harper more since she is actually capable of making deals! However, the faith Harper gets in her, compared to Yasmin, could create some friction.

You see, Yasmin still holds a bit of jealousy over Eric truly mentoring Harper and Kenny, not doing much, if anything, with Yasmin. In fact, after Harper told him off, with Eric’s backing, Kenny seemingly is backing away from Yasmin. Leaving her feeling a bit divested in.

When All Else Fails, You Get Me Up – Clement, Kasper, Usman, Gus, Theo, Robert

Gus’ move to CPS was originally a smashing success since he is good with numbers, decorum, and things of that nature. However, as Clement has made clear, what keeps his clients hooked isn’t just his returns but the fun he offers. That happens to be Robert’s forte, and seemingly what matters when dealing with clients who liked to be wooed before money is involved.

This, as you can imagine, for the Oxford-educated Gus, is frustrating. He does all this prep, both with the finances and learning about the client, and then Clement swoops Kasper for a drink. Then, following that, Kasper’s partner, Usman, Robert woos by taking him to a gay club, which may also be a sex party. Leaving Gus, once again, unsure what he is doing since success is such a driver for him.

Hence, he headed to Theo’s apartment, with Theo’s girlfriend sleeping upstairs, and getting a win there. For even if Gus isn’t getting the results he wants at work, he can still have Theo when and where he wants. Be it at his home, when they can sneak around, or at Theo’s, where just coming over is an immensely bold action.

Getting back to Harper’s situation, one of her mounting struggles is appeasing Daria while continuing to meet and exceed Eric’s expectations. This is immensely hard since Eric gives her pitch opportunities, yet Daria does present the opportunity to go to more meetings. However, one issue with Daria is that Harper isn’t expected to speak, while Eric wants her to speak up.

This makes things all the more complicated for Eric wants how he expects Harper to act in his meetings, to do so in Daria’s. But that’s not the only issue. Being that Yasmin is becoming increasingly familiar with what Harper is afforded to do, she brings this up to Kenny, who, upon hearing what client Daria is courting, demands Yasmin gets to sit in and basically asks of her to spy.

That causes an issue for while Harper is trying to execute the task Eric gave her, both Daria and Yasmin intervene and clip Harper at the knees. But that’s not the end of the mounting drama. Eric also decides to lay into Daria, for she has been courting this client for three years without a major sale, and he PUBLICLY shames her with no regard for who hears, including Sara.

Though the icing on the cake might be that Eric has Harper call the client until they get a sale, while he distracts Daria. Thus making it so, Harper may have an uneasy relationship with Daria going forward. That is if Daria doesn’t take note that Harper is in a position where telling Eric “No,” or pushing back will be difficult. 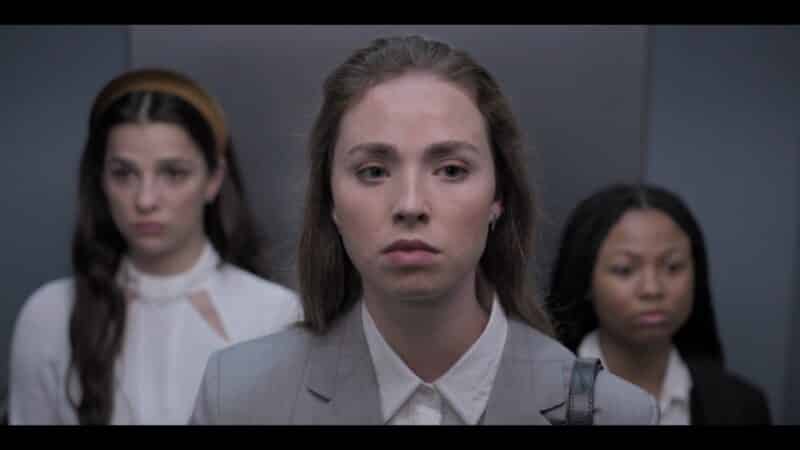 Yet, don’t think Yasmin and Harper set aside their differences after that awkward meeting. Their dynamic becomes complicated since Robert is friends with Harper, and Yasmin has a push and pull thing with him. A part of her wants him, yet there is Seb. Someone who continues to not match her sexual desires and ruins the moments when she is turned on. So Robert appearing to pursue Harper, and Harper sleeping with a man similar to Seb, it likely pushes her to feel more and more threatened.

Thus making it so, while she originally was going to forego Harper paying rent, despite Harper asking, it has become a good idea, just to keep some sense of balance.

I expect you to have expectations of yourself.
— Eric

Things Are Getting Messy

Whether it is Gus deciding he has no issue getting caught deep in Theo’s guts, with Theo’s girlfriend upstairs, or the cold war that Harper may face on multiple sides, things are looking messy. Especially since a lot of the drama seemingly is born from insecurities. And mind you, it isn’t just among the grads with their relationships. Eric coming for Daria, the fighting between departments, and you knowing everyone knows about each other’s s***, including Clement about Robert, and perhaps Gus’ sexual proclivities, it is all going ot hit the fan. The only questions are, how, when, and between who?