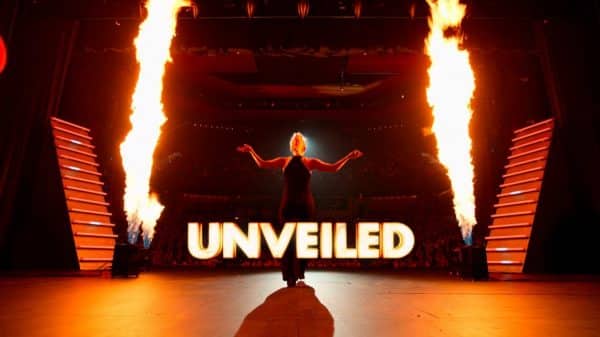 Being married and a stand up comic, especially a female one, isn’t a common thing, so Iliza Shlesinger takes advantage of this to break down how strange weddings are.

After about a year of marriage, Shlesinger in Unveiled provides the details of how crazy the whole process of getting married is. Not the dating part, there are 4 other specials for that, but planning the wedding, the bachelorette party, the day of, and her honeymoon. Also, to mix things up a bit, she talks about feminism, the differences between men and women, and how, in many ways, she feels she has come full circle.

One woman’s affirmation of her life choices is not the negation of your existence.
— Iliza Shlesinger

Understanding What Goes Into A Wedding

For lack of a better term, there is a bit of a novelty in terms of female comics talking about marriage, kids, and things of that nature, since it isn’t something many do. Yes, Joan Rivers was married and had kids, but that wasn’t her act. Whoopi Goldberg has a daughter, but that wasn’t a huge part of her shows. It is something they did, and while you saw Melissa and knew of Whoopi’s daughter, motherhood, marriage, things like that, they may get a nod, but you weren’t getting a hilarious play by play.

Making this new generation of comics like Ali Wong, who are successful comics and have families, something different, seemingly new, though it may just be they are being more willing to share their personal life. If not willing to expose and exploit their spouse like how musicians do. So, getting to Shlesinger, having her break down all that went into her wedding, and the strange customs she tried to avoid, it leads to multiple laughs. Be it how strange, almost creepy, a lot of the ceremony is, like the bridal march music, how you are supposed to walk to the altar, and how the veil seems like something out of a horror movie.

Then, of course, there are weird things like wearing a garter, and the event of having that taken off, party coordination, and a lot of things that, as any good comic should, she points out as completely insane despite how normalized everyone treats it.

How She Handles The Topic OF Feminism & Female Empowerment

Unfortunately, certain topics seem obligatory for specific groups of comics. Black male comics likely are going to make fun of white people, and white female comics have to mention feminism. But, knowing it isn’t the funniest or popular topic, Shlesinger finds a way to not present herself as a guy’s girl nor an absolute girl’s girl either. She wants equal opportunity, but within logic and reason.

Also, Shlesinger doesn’t want there to be this policing which makes it so a critique or comment means being labeled a bad feminist or traitor. Also, the expectations to be fiery and aggressive in supporting other women? While nice in theory, who has the energy to yell out support constantly? Especially when, when it is your time to get support and praise, all you hear is, “That’s amazing!”

While there are some digs at men, naturally, in terms of how women think more to prep or handle a situation, Shlesinger doesn’t bash as much as envy sometimes. Yet, she also makes it clear that the differences between men and women doesn’t make one better than the other, it just makes them different. Like with dating, men are visual, and the benefit of this for women is, while they are taking note of how attractive they think you are, half the time they don’t see how ugly you think you are and be it ego or otherwise, will never say so. Meanwhile, women may not look at how physically attractive you are but the total package.

She also goes into the differences between wedding prep, the wedding day, and the ceremonial party before the wedding.

Unlike Nikki Glaser’s Bangin’, Shlesinger diversifies the topic she dives into. However, after a certain point, you may feel her diving into the wedding topic not only gets old but becomes eye-roll-inducing as you see hashtags pop on screen.

Which isn’t to say she doesn’t throw other things in there, as noted above, but they almost all circle back around after you think she has milked the topic to the point powder is coming out. Leaving you, in a special that is a little more than an hour, almost the length of an average movie, feeling she may have gotten an hour of material but didn’t necessarily cut things down to the best of and made it concise.

As with most comedians, especially the ones who have their sets premiering on Netflix, there is the vibe we more so are getting a comedy taping than a special. And with Shlesinger pushing one out every one or two years, she has become such a staple that it makes you wonder why Netflix hasn’t offered her a show since they seem quite invested in what she has to say? But, with that said, I got more chuckles than I expected and felt reminded that, despite Shlesinger sometimes being, physically, easily mistaken for her peers, she has a voice and style which makes her stand out.

No. This is not a special, nor a classic. This is, like Shlesinger’s past tapings, a chapter of her life that happens to have a summary of it recorded and shared on a major platform.

Though Unveiled sometimes feels like it is beating a dead horse on some subject matters, Shlesinger does continue to show herself as a comedian who will surely have longevity. For whether you are taking into account her not being overly self-deprecating, her take on topics, and not trying to adapt how male comics perform, she has her lane. Add in, with getting married, she has found herself accessing a topic which isn’t as tapped as talking about STDs, blacking out, and celebrity gossip, I fully expect, within one or two years, her talking about either married life or how pregnancy is a scam. Assuming she wants kids.

Understanding What Goes Into A Wedding - 85%

How She Handles The Topic Of Feminism & Female Empowerment - 84%