Faith is heavily relied on to believe as each character questions their path. Especially as they find themselves in life or death situations.

With Laura going off to recollect herself, Mattie decides to check on her. This leads to Laura expressing all her regrets and feeling like a hypocrite and Mattie doing her best to refute the idea. Then, to take her mind off things, she reveals she is pregnant! Which would be a much bigger celebration if it wasn’t for the fact Leo is so iffy about being a dad, because his own wasn’t good, and Audrey. She reveals herself as a journalist and pretty much gives Mattie 24 hours to talk to her before she sends her stuff to be published. I honestly do want to feel something about Mattie’s storyline, be it her relationship with Leo, the pregnancy, or Audrey ready to blow up her world. The issue is, Mattie just seems so out of it that it sort of kills the investment. I mean, Audrey was perhaps the first friend Mattie has had outside all of this madness. Perhaps the first, or one of the few, girlfriends she has ever made. Considering how big that was yet now she learns it was all a ruse, that should be more saddening right? Yet, Mattie’s lack of reaction to anything, even the bombings, leads you to question whether you should really care. As if she is about to be put in jail or written off so nothing to see here folks.

You Got To Have Faith: Laura, Mia, Niska

Mia and Niska are in quite the precarious situation. For Mia, with it being clear Lord Dryden really doesn’t give a toss about her and pretty much is just worried about appearances, he shows up, listens for a bit, then leaves. However, perhaps thanks to Laura, or because Mia would be one of the few, or last of her kind, after Basswood is put into play, she is let go. Not out the front door, to her adoring crowd, and haters, but the back with no explanation.

As for Niska? Faith rewards her with meeting what appears to be Odi. Well, someone who physically looks like Odi but isn’t exactly Odi. Long story short, she goes around, somewhere in Wales, with the human and while talking with Astrid has a realization of where she needs to go. Problem is, this realization, or premonition, comes without her having the charge to make it all the way. So just before she is fully tapped out she sees this synth who appears to be Odi and then we’re cut off. 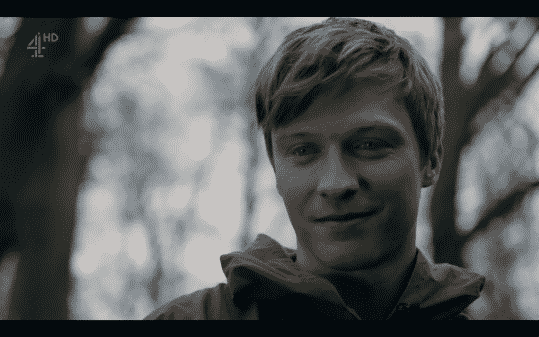 I’m so confused where they are going with this Niska storyline. At one time she was the terrorist hunter and now she is meeting up with Odi who will give us what exactly? Does he have another version of the consciousness code so that synths can reproduce? Maybe a way to transfer into new bodies, hence his new, non-glitching, look? Perhaps a way to live online and download themselves random places? It is rather hard to say since Niska storyline has been active but also seemed to be less and less a focus as we build up to the finale.

As for Mia? Her release is also puzzling. Especially considering her conversation with Lord Dryden. With him noting her as terrifying, I doubt he passed her off as one of the good ones and figured she’d die eventually. Also, with Laura being completely shut out from the Dryden Commission, and barely being able to get a word with Neha, who doesn’t seem to want to make waves, we can’t say they are the reason behind the release either.

So, again taking note of the Basswood process, you can only assume Lord Dryden figured she wouldn’t return to her flat but to the railyard. The place where Basswood is doomed to happen.

You Only Kill A Synth, Not A Movement: Laura, Neil, Max, Leo, Anatole, Stanley

Anatole straight up reveals himself and takes over the railyard. Especially after Max reveals his connection to David Elster and shows himself as someone who won’t join him. However, Anatole’s rule is short lived for after Leo shows up and Stanley learns the truth. Not just about Anatole but also about David Elster. Thus leading him to wake up Max and then Max kills Anatole. Meaning, yet another villain bites the dust.

Leaving Laura, Neil, and what exactly is Basswood. Well, Basswood basically is the government’s way of eliminating most, if not all conscious synth, without getting their hands dirty. Part one just deals with a power outage at the rail yard which drains most of the synths down. Following that, power is put back on just enough for them to recharge and then a huge surge to take out a few. Those that remain are to be taken out by synth hate groups. Thus, PR wise, the English government won’t necessarily have its hands dirty but a problem will be solved. One in which they can say what a shame it was and give off the idea they truly feel bad about something. What is with this show and killing off its villains? Especially Agnes and Anatole for they were really quality adversaries. If just in terms of presenting a more radical belief for synths vs. Mia and Max’s take. But I guess to hype up the finale, yes even with AMC co-producing this we only have 8 episodes, they got to kill a bunch of characters right? Leading to the question of would they ever take out a hero? The idea has been flirted with but as seen by Leo being alive, Odi returning in some form, and Fred assumingly alive, that isn’t really an option is it?

So, I guess we’ll be relying on Lord Dryden and the rest to be the villains we love to hate. Even if we barely know any of them.

It’s difficult to not appreciate Stanley and Sam’s interactions. Especially since, as noted before, while these synths all look like adults, essentially they are children. Hence why Anatole has such a complex about Max and Leo telling him the truth about David Elster. Dr. Elster is his Santa Claus, his Easter Bunny, his Tooth Fairy, and also plays into this complicated idea that synths are superior but their god is a human.

So, with that in mind, you have to really enjoy the way each synth comes to terms with how new they are to the world. But, refocusing on Stanley and Sam, being that Stanley is ripping himself from Anatole’s influence and curious about Sam’s life masquerading as a human, it was quite curious to see this child enrapture an adult’s attention so much. But, what do you expect really? Stanley was a tool to Anatole and didn’t get to really live. Sam did and in comparison to most synths, he is the only one who got to truly experience what integration would be like. Granted, not as his full self but more than the rest have experienced. Making him a bit of an expert. Especially if it is decided, to circumvent the Dryden Commission, to pretend to be human or swap out their eyes.