After the death of over 100,000 people, and countless synths, the world is in a new era. One in which, as always with humans, being progressive is easier said than done.

After Mattie pushed consciousness to synthetic life, over 100,000 people died just because of the accidents. Something which weighs heavy on her and has created the term “Day 0” to refer to when synthetic beings, often referred to as “Anomalous” came into being. Which, of course, wasn’t taken well.

After all, when something you purchased, something enslaved, decides to now it has freedom and, thanks to it being a robotic, you have no physical ability to maintain your “property” its upsetting, threatening even. Hence why Laura has made little to no progress on a synth rights bill and Max and Mia, in the rail yard, hosts a home for synths. Which, as of a year from the anniversary of Day 0, only 520 remain and they’re dropping fast. Especially as human sympathy dwindles. 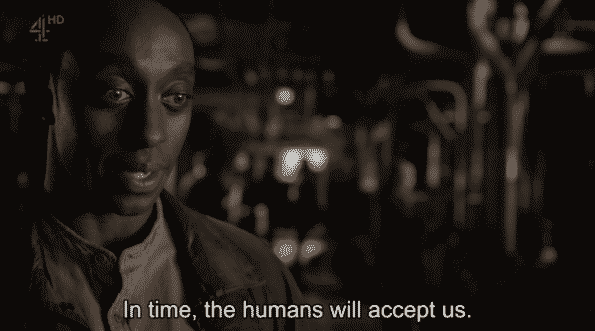 “In time, the humans will accept us”.

As noted in the last episode covered, season 2 of Humans wasn’t really all that good. It lacked the only real villain which could last seasons and seasons and remain compelling: Human fear and emotions. However, with that being at the forefront once again, and taking note of how there is the usual split between those who want peace, justice, and who want supremacy, things should become quite interesting. Especially considering the following.

Around the anniversary of Day 0, at a mixer bar for synths and humans, there is a terrorist bombing. One which kills a handful of humans and also synths. But, being the world is as we know, synth deaths aren’t calculated into figures or even noted really. Though, as with most terrorist incidents, the act triggers a response that has been overdue.

Leading to the topic of the Dryden commission which is supposed to be about presenting recommendations for how to handle the Anomalous synths. However, no Synth, such as Mia, really thinks highly of it. But, in Laura’s mind, after being invited to join, it might be their only hope. For with it being revealed the terrorist bombing was done by a synth, it appears they have collectively lost any support notable humans could and would give.

Something which is quite scary for when it comes to the railyard, Max and Mia note power outages are becoming constant, making charging difficult, and just getting basic supplies has become taxing. Not in terms of coming to and from, but being protected and getting human allies who won’t screw them over. And, while all this happens, Niska, Karen, and Sam walk amongst people like nothing has happened.

Well, perhaps for Niska that isn’t true. For with Astrid nearly dying in the terrorist bombing, now she is on the move for justice. Leading her to Max’s compound under the assumption that the terrorist hails from there.

However, with Niska’s girlfriend, Astrid, involved with the terrorist attacks, in terms of nearly being a victim but luckily being a survivor, she no longer finds herself hiding amongst humans. As for Karen and Sam, it has been a long time coming but Karen thinks he is ready to be amongst human children. Something Sam questions if he is ready for since he hasn’t gotten human nature down pat but Karen has faith in the kid and sends him on his way. 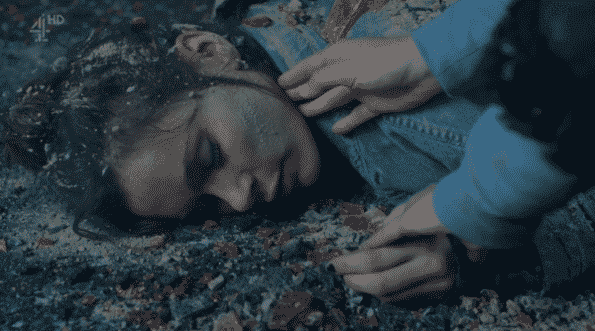 I think Humans might be able to make a full recovery. With enemies within synthetic life and outside of it, the threat is enormous and survival complicated and a harrowing task. One which seemingly will be quite difficult to achieve since, what is the bargaining chip here? While Max is an elected leader, and Mia as a spokesperson, the Anomalous have shut themselves off from the world. Made themselves, basically, held to the whim of human kindness. An increasingly foolish thing to do, as shown by them being starved out.

Yet, with that setup comes this weird desire to be on the radical synths side. For while murder is inexcusable, there is the unfortunate reality that it pushes long pushed back topics to the forefront. Like, what to do with synths wasn’t really something anyone was putting much pressure into figuring out really. Yes, there is this Dryden commission, but season 2 was about the idea of synth rights and that went nowhere. Well, maybe to this commission, to a point, but again society is reactive. If synths didn’t gain consciousness and 100,000+ humans died, the Dryden commission probably wouldn’t have been formed.

Leading to the long-term question of, what can really be done here? Naturally, Max and Mia want peace, as does Lauren and the humans. However, letting go of “property,” be it sentient beings or land, has never been humanity’s strong suit. And with it being clear that synths aren’t a monolith, at least to fellow synths, so comes the question if the method of humans like Martin Luther King Jr. is really the path to their goals or an outdated method which doesn’t, and perhaps can’t, apply to not just their civil rights, but ability to survive.

With all that is going on, it is easy to forget it isn’t just the adults going through things. It’s not just people like Joe happy to be living without synths about, there is also the children. Those like Sophie who are witnessing propaganda against Anomalous synth and is getting quite upset about it. That and knowing the truth, meaning Mattie giving synths consciousness, but having to stay quiet. Thus leading the formerly robotic Sophie to be quite expressive, sometimes violent even.

Which of course worries Laura and Joe, but there is a much bigger problem. For one, Max’s girlfriend Flash pretty much gets lynched, alongside another member of Max’s commune. But the real issue comes when the military storm the compound. Something which couldn’t have worse timing for one of Max’s people is dying so he is seeing if Leo can live off of life support and with the military storming the place, he has to leave the revitalization efforts to Mattie. Someone who might be a tech wiz but helping someone out of a coma? Totally different thing.

But, Leo might be the least of everyone’s worries for with feelings towards humans growing more and more sour, some like Agnes seem to not only question Max’s leadership but may support rebellion. Which, as many soldiers point about automatic weapons, trying to treat the synths like cattle, she takes that moment to take a stand. Leading to another synth doing so and with the men having itchy trigger fingers, we may be about to witness a massacre.

Question is, will the floor be colored blue or red? 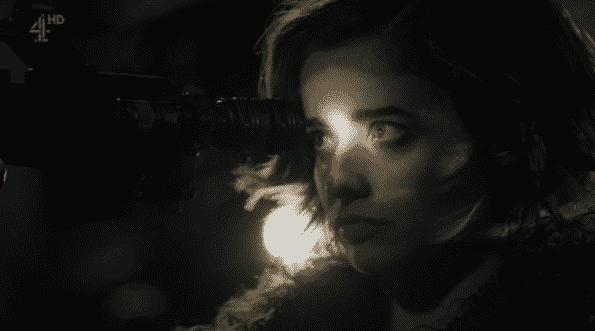 I won’t pretend I’m hyped about the future of the show, but it is certainly going in a positive direction. The imagery of Flash being assaulted and hanging is telling, dramatic, and perhaps a little bit triggering. After all, while civil rights is a continued fight across the world, that of the United States and South Africa presents some of the most violent and memorable imagery. Which is clearly being tapped into.

However, one of the things which are leading to me not being all that hyped is because Humans is a sci-fi/ drama. One that isn’t much for bells, whistles, and has limited action. And as noted with Annihilation, sci-fi/ drama with limited use of a thriller, action, or even comedic elements is a bit of a hard sell. Especially since most of the characters are synths who may feel but also speak in monotone. Also, when it comes to most of the characters, it is more so what they do than their personalities which are interesting.

I mean, there isn’t really a charismatic character in the show. Likable, absolutely. But as for someone who performs to the point you’d want to take note of the actor playing them? Not at all. Which will be the main struggle going forward. Humans has always relied on a villain of some kind to rile us up, alongside a direct threat to our protagonist.  So while humanity being the antagonist is a positive step story-wise, with no specific human, yet, to hone in focus on, these characters and actors need to seriously step it up. For while being grounded is appealing, this needs some oomph.