As Mary, Mrs. Coulter, John, Lee, and Carlo enter Cittagazze, Will and Lyra find themselves seeking protection from Angelica and Paola.

Angelica and Paola form a mob to kill Lyra and Will due to their brother and potential protector dead. This leads to Serafina, luckily, swooping in just in time to keep our heroes from being beaten to death or thrown off a roof. But, with Serafina’s rescue does come some complications. Mainly, her wanting to take Lyra, and Will, back to her world for safe protection, and to properly treat Will’s injury.

However, being that Lyra’s current task is to help Will find his father, heading back home isn’t an option and makes life difficult. Especially since the spectres are lurking about and even attack Serafina. Someone who may note to Will that Lyra is his responsibility, as much as he is hers, but in regards to protection? Serafina may need to cast Will in that role to survive the areas surrounding Cittagazze. For either they are in the hunting grounds of the spectres, or someone we know had Serafina attacked.

But one person who need not worry about the spectres is Mary. Truly, the angels are protecting her, and Seraphina notes that is has been thousands of years since angels have made themselves visible – and the last time was for war. So, while it isn’t presently clear what Mary’s role is, you can expect she might play a role in a possible apocalypse. 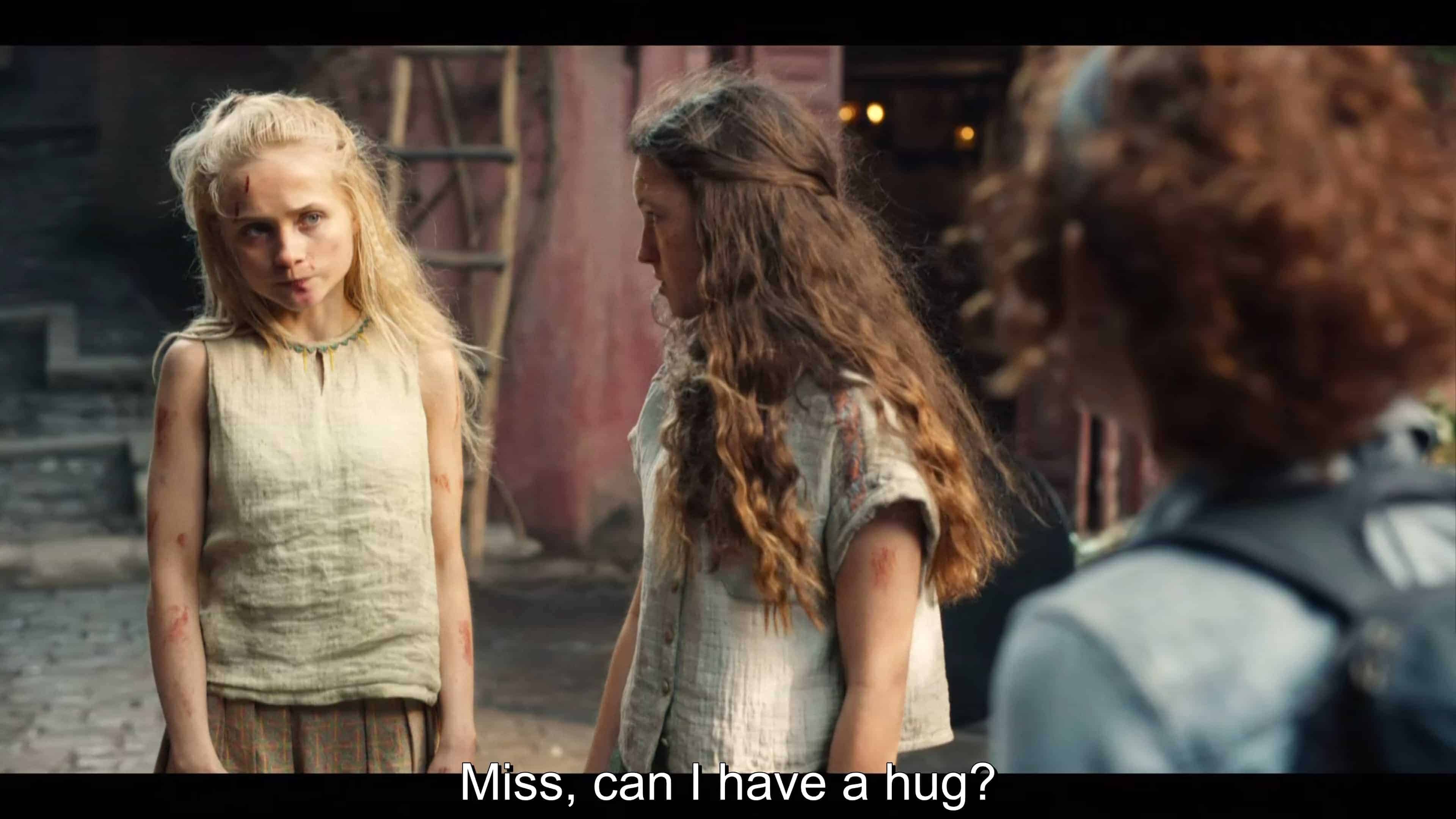 Till then, she is just the only adult in Cittagazze, and after their Children of the Corn display, now Paola wants a hug and Angelica an adult to tell her what to do. Which, in terms of the hug, Mary gives freely, but with invoking Lyra’s name, feelings sour, and with being unable to commit to staying, Angelica and Paola retreat back to their miserable lives.

It is decided by Cardinal MacPhail, after Fra Pavel reveals who Lyra is, her destiny, and that Mrs. Coulter is looking for her, that the Magisterium will venture into the window. For with being presented a threat that could end their power, there is a need to go to war.

Which, for Lee and John, this proclamation couldn’t have worse timing since they barely have crossed over, and with John still speaking in riddles, he is of little help to Lee. Well, at least in terms of finding Lyra and Will. He does use his shaman powers to take out one or two airships, but this doesn’t keep Lee’s balloon from being shot and eventually heading towards the ground.

You Were Never My Equal – Mrs. Coulter, Carlo

Now having shown his hand and much of what he has known, Carlo feels that he has achieved a certain level of intimacy with Mrs. Coulter to perhaps be considered her equal. The problem with that idea is, as shown by Mrs. Coulter’s own reveals, which now include possible control over spectres, she is not Carlo’s equal, and the idea they are on the same level is insulting. So, she kills him since now she has learned all she needs to know, and he is becoming a liability far more than an asset.

This journey, is it folly or wisdom?
— Lee

The best part of His Dark Materials is when Mrs. Coulter reminds you that, as much as she can play ladylike, prim, and proper, she is a beast. Her gall is on a whole other level, and unlike most of the men, she doesn’t fear the power of others, she confronts it, and as shown with the spectres, both embraces and commands it. I mean, while sometimes we speak of our love for Lyra and Mrs. Coulter equally, one of the ways they really show Mrs. Coulter is Lyra’s mother is in what Mrs. Coulter does. 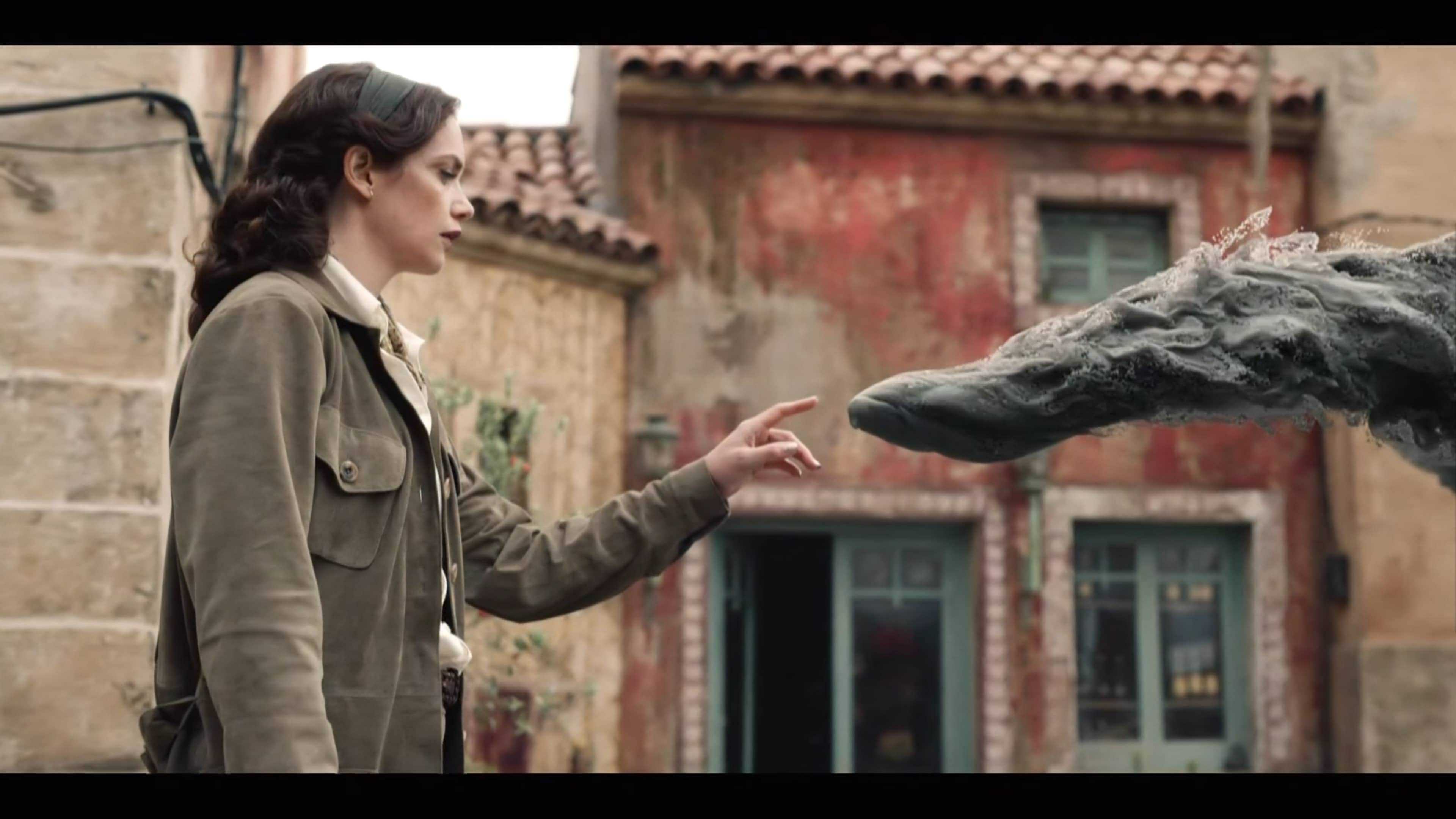 For despite Lyra’s desires to not be like her mother, they are very similar. It is just, Mrs. Coulter’s quest can come off selfish to the untrained eye when really she is trying to find her own freedom. Meanwhile, Lyra’s journey is all about adventure and doing so for others. Leading you to wonder, as Lyra becomes more jaded by the world, will she be lured into Mrs. Coulter’s way of thinking?

Especially since, with her still being a child, she is still given that feeling of being limitless. Yet, as an adult, will she come to understand why her mother is the way she is?

Angelica and Paola Sticking Around

Do they add anything to the show? Not really. But there remains something there. I’m not saying they should get a spin off but surely if they are keeping them around, it is for something special, right? You can’t have talent like this just being taken off the bench to earn their check and then have them sit down, right?

Heck, surely the idea here wasn’t to just show them as mad and crazy kids who instantly melt due to having a potential maternal figure. I get why that would happen, yet I also question if more could be done beyond that?

Like Asriel, there is a lot of hype around John, and it is continuously made to seem like he should be a big deal. Yet, like Asriel, as you watch and listen to the man, it is hard to understand the appeal. This isn’t to downplay the feats he has done, but like with Lee, you can see this disjointed investment between the show’s men and women.

When it comes to the women, while they aren’t necessarily boastful, they are powerful, interesting, and complicated. As for the men, others boost up who they are, and rarely do they live up to expectations. And even when they do some magical feats, it never feels enough. Making even the most powerful among them seem so dull.

Which, honestly, I’m not sure if it is just because of the actors, the writing, the pacing of the storyline men are in, but something is very off here.

The Magisterium Is Dead Weight & Needs To Die Like Carlo

Carlo’s execution was a mercy killing. He overplayed his hand, often felt like a lone wolf on the show, and taking him out was a blessing. Now, will I miss his sneaking about, his knowledge of artifacts and politics? Yes. However, no one truly engaged him or challenged him beyond Mrs. Coulter. Someone who has beyond outgrown him, but clearly he has been remora fish who has outgrown his use and needed to be skid off and eaten. 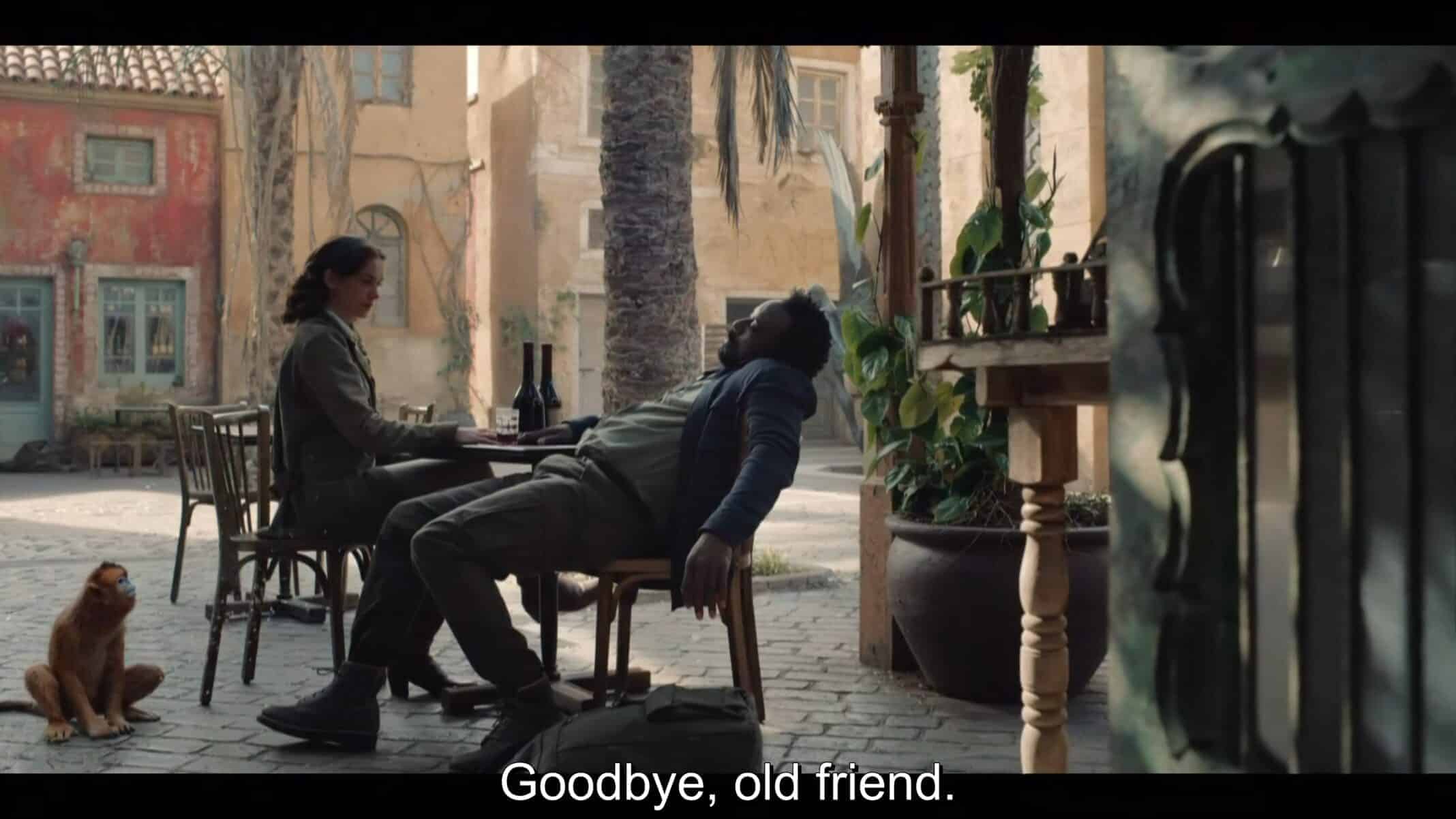 So one can only hope, with angels, the prophecy, and just the Magisterium’s incompetence, we can expect them to die off and be wiped out soon. For they barely even register as viable villains at this point.

The Role The Witches Play

For most of the show, the witches have been written like the majority of the men. They either for for status quo or power, and while touted as a potential threat, they rarely exhibited it. But, in season 2, they do now, and I do wonder if it is too little too late or, with them being women, being unable to not compare them to Lyra and Mrs. Coulter and feel they are lackluster when put side by side.

Mind you, I recognize the presence of Serafina in a scene. However, that oomph you want and expect? It’s just no there.