In “His Dark Material’s” return, Will and Lyra meet up in an unfamiliar world as Mrs. Coulter, as always, shows herself as both ruthless and politically savvy.

In a search for purpose, Lee meets with the witches, and while Seraphina wishes to be an ally and guide him on his quest to protect Lyra, this isn’t a universal feeling. One witch, Ruta Skadi, wishes to end the indifference towards the Magistrate and finds Lee to be an enemy. Not one she is willing to lay a finger on, but certainly doesn’t wish to break bread with.

However, Lee is the least of her worries as her real issue comes with one of their own, a witch named Katja, captured and being tortured for information on other worlds and Lyra. This is of the utmost importance to her, and she calls for other witches to join her plight, but none do so. 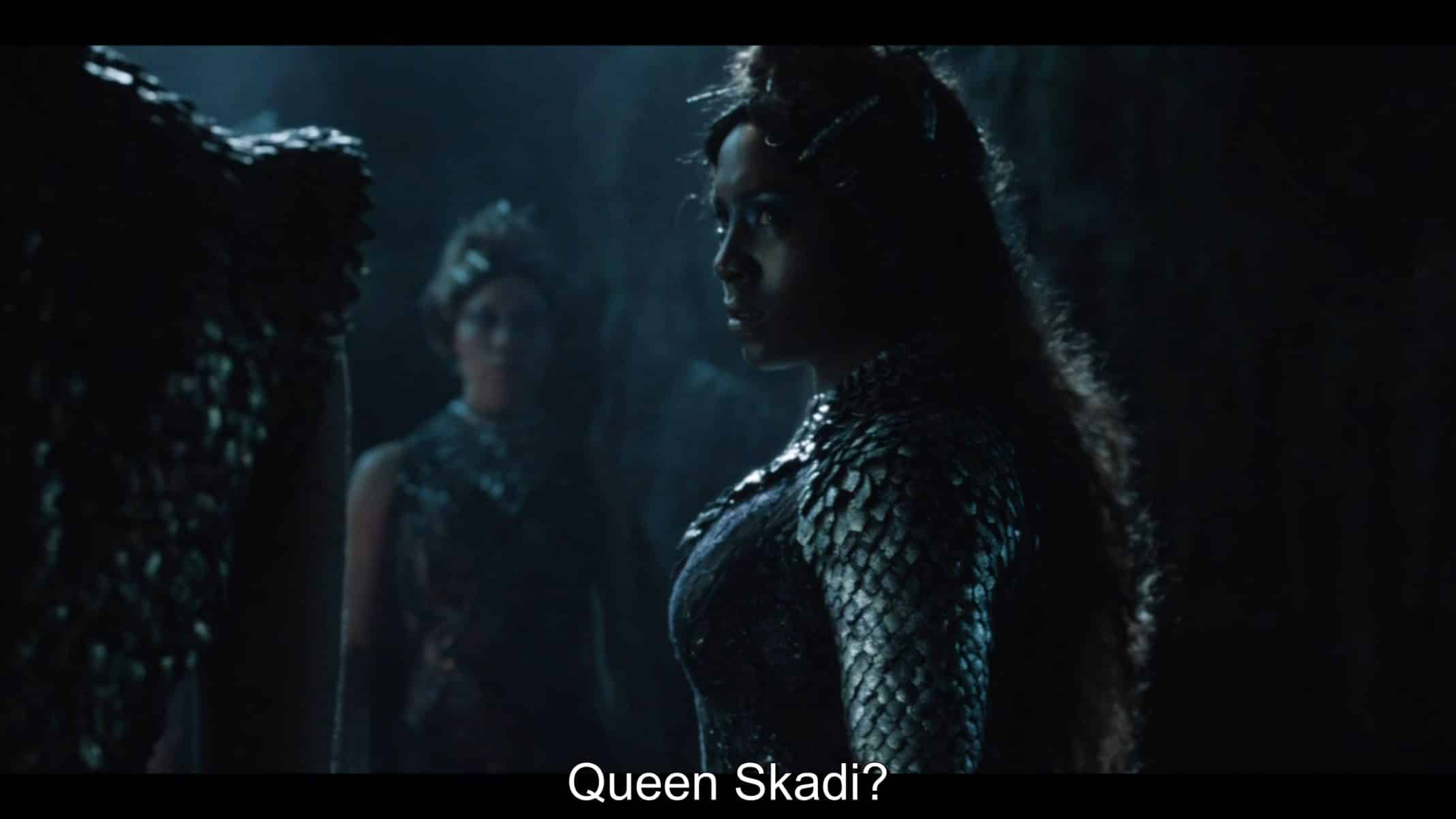 Thus, she is alone in rescuing Katja, but her rescue ends up being freeing her from life than chains. Mind you, willingly, but losing a fellow witch is still a loss. One that leads to a daring escape that ends with the Cardinal in a state close to death.

Now, for Mrs. Coulter, this presents an opportunity due to the Cardinal claiming “heresy” whenever someone speaks of other worlds, and this backward thinking doesn’t please Mrs. Coulter at all. So, in her mind, better to push Father MacPhail, who agrees the window should be looked into and researched than ignore it and try to play down its existence. This isn’t to say the two have become allies, but more so, Mrs. Coulter knows things could be easier for her personal matters with a man like Father MacPhail as Cardinal.

Both Lyra and Will find themselves in a place called Cittagazze, a strange mix of their unique worlds. It is a place where demons don’t appear, yet it has electricity and certain features of Will’s world. But, it also has a unique feature known as the Spectres, which seem to rip the souls of people, if found, but only those who have surpass puberty. Which, according to the girls Will and Lyra meet, Angelica and Paola, Will is on the cusp.

Yet, other things seem to also make Will and Lyra’s arrival complicated thanks to those two. For with neither necessarily trying to befriend Lyra and Will, it makes it so the two only have each other. Never mind with the cat Will found nearly being killed, while Will may not have a natural demon, it seems he may have found a kindred spirit.

New Friends & The Fate That Beholds Them – Will, Pan, Lyra

Focusing specifically on Lyra, Pan, and Will’s relationship, it doesn’t begin with much in the way of niceties. After losing Roger, Lyra is a bit cautious about bringing anyone new into her life, even if Pan thinks they are in need of allies. Plus, Will not having a demon makes him seem dangerous and too foreign to befriend.

But, with Will persistent and alone, he recognizes the strong-headed Lyra would make a good ally and partner in this adventure. For while her sense of initiative is inherently dangerous, it also is how they can both get answers to the multitude of questions they have.

Though with that said, Lyra is still a bit uneasy about Will, so she uses the Alethiometer to ask about him and learns he is a murderer. Mind you, like Iorek, he is deemed to be one who murdered justly. However, there is also more to him than meets the eye she sees, which may not calm down her anxiety. Even if he is willing to risk himself to take her to his world.

Lyra Combined With Will [88]

As noted in the first season review, Dafne Keen is undeniably talented and holds that certain something you see many try to pretend an actor has, but often they don’t. If anything, their charm comes from their beauty more so than their performance. However, with Keen, she remains the type of actor who, no matter who she is in a scene with, they both benefit.

In the case of her scenes with Amir Wilson, as Will, bring about a dynamic as intimate as we saw Lyra have with Roger, yet unique in a way too soon to describe in detail. For as much as you can imagine them as something romantic, there is also this vibe of co-dependency that you can relish in them being soul mates. The kind which are linked by fate but not necessarily destined to fall in love.

That balance that seemingly Keen is able to make shows what she has is eternal and surely an asset that will allow her to have a career as long as she wants one. 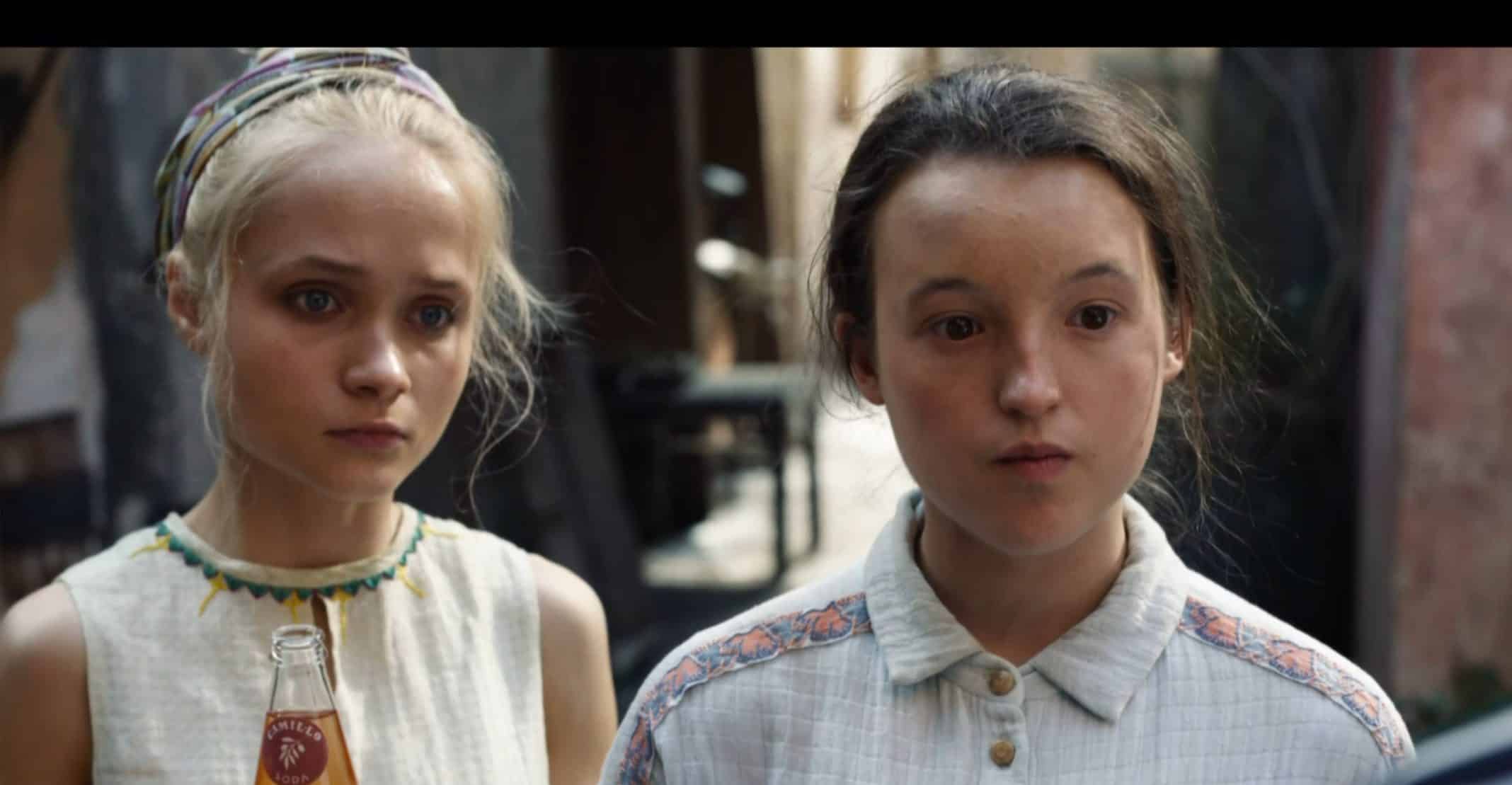 Not that Will’s world or Lyra’s isn’t of interest, never mind we barely saw much of Lyra’s, but this third world does push new possibilities. Also, with the introduction of a city run by kids, it makes you wonder how they survive and what the Spectres are like? We saw their effect on the man getting water, so considering Will is on the cusp of puberty, will we see him fight one-off? Maybe with the help of Lyra?

Witches vs. The Magistrate [85]

While witches had a presence in season 1, they were sporadic and mainly called upon. In season 2, taking note Skadi and Seraphina seem to be on opposing ends, it could mean they will not only make themselves known but go to war. Which, personally, we’re here for since The Magistrate rarely flexes their muscles. Usually, as seen with Mrs. Coulter, they pick on the defenseless, and more so are the monster under kids’ beds than this fearsome organization. At least on screen.

So giving them real adversaries, who can truly take them on, that is exciting.

Like Keen, Ruth Wilson’s ability to invigorate a scene is undeniable, and with her having far duller characters to play off, she often carries every scene she is in. All the while keeping herself someone to watch but pushing the idea this character or that needs to have an eye on them as well.

Case in point, Mrs. Coulter pushing Father MacPhail to ascend to Cardinal and pushing him to embrace his ambitions. An idea you know, in the long run, shall be for her benefit, but how specifically? Oh, it is too soon to tell.