Something about Good Girls may very well remind you of Weeds, and that’s a good thing.

Three mothers, Beth, Annie, and Ruby, are just trying to do right by their kids. In Beth’s case, she wants to make up for the sorry excuse of a dad, Dean, her 4 kids with him have. A father who has saddled them with so much debt that Beth finds herself desperate for money. Then, in the case of Ruby, while Stan and she both have jobs, they can’t afford Sara’s medicine. Especially since it costs $10,000, out of pocket, and she may need a kidney transplant. Lastly, in terms of Annie, Beth’s younger sister, she is just trying to keep her kid Sadie. Which seemingly is going to be hard since her better off ex, Greg, wants to sue for custody. Especially since Sadie seems to be a bit more unique than he accepts.

So, pushed to their limits, the ladies decide to rob a grocery store. In particular, the one Annie works at and while they think they’re only going to get $30,000, they end up with half a million. Which is all fine and dandy, even if Annie’s manager Boomer did identify her during the robbery. However, upon learning that they stole from a local criminal named Rio, so begins them paying back their debt to him. Though, there also remains the problem of Boomer, of which becomes a whole other story. 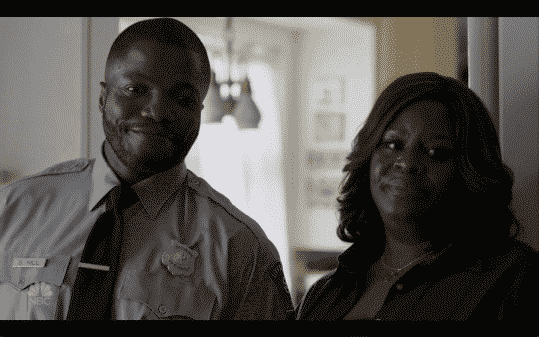 With no offense or shade to Whitman or Hendricks, Retta getting a starring role is a long time coming and she seems like the only one who was given a story and character worth taking note of. Especially since you can easily connect with what she says and does, alongside why. Though, it probably is the fact that while Annie and Beth seem like overdone characters, who give us nothing more than comedic appeal, Ruby/Retta gives us a full human performance.

In particular, there is one scene she has at a doctor’s office, one which doesn’t feature a doctor so overwhelmed by the number of patients he has she gets ignored. In that moment, being used to having to talk a mile a minute while she has the doctor’s attention, the doctor touches Ruby’s hand and she gets confused. It almost seems like a joke is being set up. But then when she realizes she has a good doctor, one that can help and is invested in the future of her child, she cries and it is hard to not break down with her.

To put it simply, while Annie and Beth have issues, Ruby’s issues are the type which seem grounded, relatable, and have the sort of heart which makes it so Retta isn’t just showing her comedic skills, but dramatic as well. Don’t take the praise for Ruby to mean Beth and Annie aren’t likable. It is just, the housewife who has had enough and the formerly teen mom struggling to get by, it just doesn’t do much for either actress. Plus, despite them going through some kind of struggle, there is something comical about it. At least with Beth. Her husband screwing his secretary and Beth being the wife who trusted her husband had a handle on all the financial matters, Hendricks makes the best of by finding the funny in her situations.

As for Annie? There is just a part of me which can’t deal with the fact that Annie has a pretty decent apartment for someone making minimum wage. Plus, the source of us connecting to her is Sadie. Someone who is kind of made into a pawn so that Annie is a sympathetic character. For with her better off ex planning to take Annie to court for custody, it brings about this automatic idea that you should take the mother’s side.

However, Greg isn’t painted as a bad guy or father, unlike Dean. Annie is the one who dodges his calls when he tries to contact her. Also, what he is offering Sadie is a private school, where she might not be bullied, maybe even therapy, since she might have gender identity issues. So it isn’t in an evil dad trying to impress his girlfriend kind of thing here. He seems like a concerned parent who sees Annie is overwhelmed, financially and maybe mentally, and his kid would be better off with him and maybe seeing Annie on weekends. Assuming he lives in the area.

About that Weeds Comparison 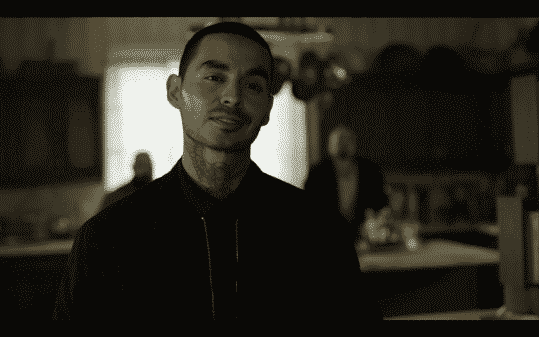 It has been about 6 years since Weeds went off the air, and while the leads aren’t trying to be drug dealers, there is this vibe that their story will definitely mirror Nancy’s in a way. Be it their relationship with Rio, and then finding themselves working up the chain, likely Beth getting with someone who is a white-collar gangster, and them just getting way in over their heads. Yet, because of how lucrative and of ease the whole venture is, their attempts to eventually go legit fail.

Plus, considering Stan is about to join the police academy, you have that plot lingering in the distance. Him realizing his wife is a criminal and having to decide how to handle that. And considering one character might have died in the pilot, who knows what that may mean for the exes or husbands of this show long term. For even if this show is on network TV, the 10 PM hour has slowly but surely pushed itself to more closely align with what we have seen on cable. So while it may not be gory or vulgar, it seems Good Girls and NBC will see how far they can go.

Despite quite a bit of reservations in regards to Beth and Annie, considering the actresses playing them, who have decent filmographies, there is hope for this series. Especially thanks to Retta who I really hope is not going to be the exception of what the show aims to be but is simply the one they got right from the get-go. For if each woman is allowed to be comical but not be stuck in shallow and lazy sympathetic drama, NBC may have something here. Not another This Is Us, but definitely a show which recognizes that for the working and middle class, desperate times lead to desperate measures and crime is often an easier avenue than trying to get a bank loan.