Season 2 of Good Behavior really pushes your suspension of disbelief to trying levels. Especially in terms of Letty’s silver tongue.

Table of Contents show
1 Summary
2 Highlights
2.1 Like Mother, Like Son
2.2 Rob and His Influence on Estelle
2.3 Rose & Alice – Foreshadowing a Future That Doesn’t Yet Exist
3 Low Points
3.1 Damn Near Everything Dealing with Agent Lashever Working with Javier and Letty
4 On The Fence
4.1 Teo
4.2 The Future of the Series
5 Overall: Mixed (Stick Around)
5.1 Has Another Season Been Confirmed?: While executive producer Chad Hodge has ideas for season 3, TNT hasn’t renewed or cancelled it yet.
6 Episode List

Once again, Letty is really pushing to try to give Jacob some form of normalcy. A difficult task since she is addicted to stealing and lying, but Javier does his best to make this dream come true. However, there comes a point where, especially after Letty’s grandmother Alice dissuades her from trying to do as Rose and make the fake real, she gives up. Letty decides she will and always will be a screw-up and no matter how she can even talk Agent Lashever out of arresting Javier and her, there is no future for her. At least, no sort of future in which she deserves someone like Javier.

A person who, I should add, has his own problems outside of Letty and her family. Ava’s ex-boyfriend, from when she was a teenager, Teo comes into town around the same time Javier finds assassins coming after him. Then, to make matters worse, Teo and Ava basically pick up from where they left off and Javier is once more iced out of Ava and her kids’ life. Yet, once it is discovered Teo is a liar, and may have personally, or been involved, with the murders of Javier and Ava’s brother and father, once more they regroup. Albeit until she leaves for Argentina, but either way they still come back together.

Thus leaving Javier to only have Letty and once again finding himself dragging her from the mud. Just, this time, luckily her bender doesn’t leave her in need of recovery. Well, at least from her various addictions. Mentally and emotionally, especially after killing an innocent man, she is a mess and Javier finds himself once more playing nurse and even agreeing to a change of scenery – Los Angeles. It was very interesting to watch how Jacob developed during the first half of the season. Especially in a nature vs. nurture aspect. For we have known Jacob to be kind of quiet and a particularly nice kid. Yet, the more time he spent with Letty and Javier, we started to see how her influence sort of set off what might have been dormant parts of his personality. Take his ability to lie to Apple and it be believed, also this attitude he was developing. One which Estelle noted was very reminiscent of Letty.

Now, one could say and believe this could just be puberty rearing its ugly head, but Jacob has shown himself to be very observant. So even with him lying about destroying Rob’s mower and taking the keys, you can see him dipping his toe in emulating his mom and Estelle struggling with how to prevent that.

Rob and His Influence on Estelle

Leading to use having to talk about Rob. Though he originally came off as a stereotypical comic relief, arguably he evolved quite a bit over the season. He showed what he may lack in traditional intelligence, he makes up for in emotional intelligence. Hence how he was able to dress down Estelle and lead her to open up and even forgive Letty. Maybe even take on some responsibility as to how 34-year-old Letty is in the position she is in.

Though, even outside of the moments he showed he was more deep than often getting credit, just him being this jolly dude was appealing. Especially in episode 3 as he attempted to plan the perfect Christmas for his new family. To say the man didn’t warm your heart a bit may mean you need to check if, like the Grinch, your heart is abnormally small.

Rose & Alice – Foreshadowing a Future That Doesn’t Yet Exist Rose and Alice brought about the most interesting perspectives when it came to Letty’s past and potential future. Alice represented the worse case scenario. That what she taught Letty would be all she would ever know and even when in her 60s or beyond, she’d still be drifting, stealing, and conning to get by. Yet, then there was Rose. A person who is trans that was trying to make that person they feel they are, or could be, someone who existed in reality for all to see.

In terms of how that related to Letty, it is this idea that she could be a good person. That, despite her maybe not having the tools at the time, she could be a good mother and also a good girlfriend. Such remains to be seen, as of the end of season 2, but even when you feel you have made it, there is still maintenance required to keep it up. Maintenance that, arguably, Letty hasn’t been much for keeping up with.

Agent Lashever is very hit and miss, alongside just being a character you either love or don’t. She is polarizing that way. Yet, the main issue with Agent Lashever is what goes down in episode 4. Letty, after pulling a gun on her, and after Javier is captured and noted to be Lashever’s white whale, get let go. Letty somehow convinces Agent Lashever to not turn her and Javier in but instead rob an FBI sting operation. Something which, based on the Lashever we have known since season 1, doesn’t sound plausible.

Yet, they try to push the idea this does make sense by noting how inept Lashever really is. How disregarding her peers are towards her and how Christian may be the only one who not only calls her out, but also shows some kind of consistent kindness to her. In other words, they handle this whole situation to toss away what we know was inevitable so the show could move on. 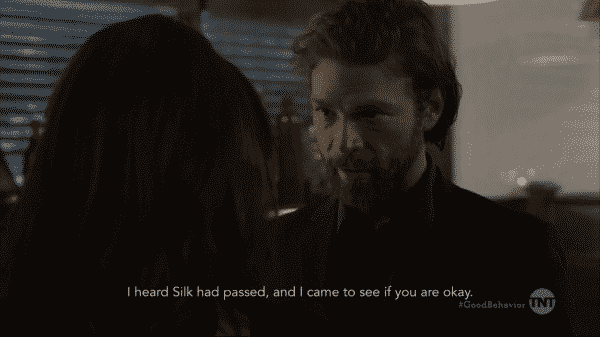 Perhaps the main issue when it comes to Teo is that his background, even in his last days, remained very murky. We are under the impression he worked with Javier and Ava’s father, yet he may have also been involved in his murder. Also, apparently he was one of Javier’s friends as a kid but thanks to a drug problem he ran him off from Ava. And I could go on and on but with the show not using flashbacks and not heading to Argentina, where it could have dug, in present time, the unquestioned truth about Teo, he just became a ends to a means in the season.

The Future of the Series

Which I say because, the premise has lost its luster and at this point, the show is repeating scenarios. Letty having relapses, Javier trying to be her knight in shining armor, and Christian seeming like some odd big brother or old man with a slightly weird crush. Meanwhile, there is this really interesting storyline that could have been explored in Argentina, one which could include us getting to learn about Javier as much as we have Letty, yet that was ignored.

Hence the mixed label. Good Behavior is definitely on its last leg but it could maybe squeeze one or two more seasons before it becomes unbearable. It just all depends on how long the show will try to keep using Letty’s addiction as a reset button.

Has Another Season Been Confirmed?: While executive producer Chad Hodge has ideas for season 3, TNT hasn’t renewed or cancelled it yet.