Glow doesn’t seem like a sure fire hit. If anything, like its wrestling theme, it’ll fit a niche. As for whether it is a big enough niche for Netflix to make another season? Well, let’s check out the rest of the season before saying that.

Table of Contents show
1 The Introduction
2 On The Fence
2.1 Everyone Is Seemingly Just Getting Comfortable In Their Roles
3 Low Point
3.1 There Isn’t A Good Foundation Laid For What Is To Come
4 Overall: Mixed (Stick Around)

Ruth (Alison Brie), is floundering. She can’t get any real roles and the ones offered are basic secretary ones. But that’s not what a real actress is to her. She wants to be a Hepburn type of actress, you know? Get something she can really stick her teeth into.

But that isn’t available. In fact, the local casting agent Mallory (Amy Farrington) allows her to audition just to prove directors don’t want real women like her. Which is but one of many blows Ruth takes as she finds herself in Sam’s (Marc Maron) ring.

A place where she originally flops due to being so extra. However, when forced into a real situation, thanks to her having an affair with former best friend Debbie’s (Betty Gilpin) husband Mark (Rich Sommer), she shines. Thus setting up the first role she has won in a while.

Everyone Is Seemingly Just Getting Comfortable In Their Roles 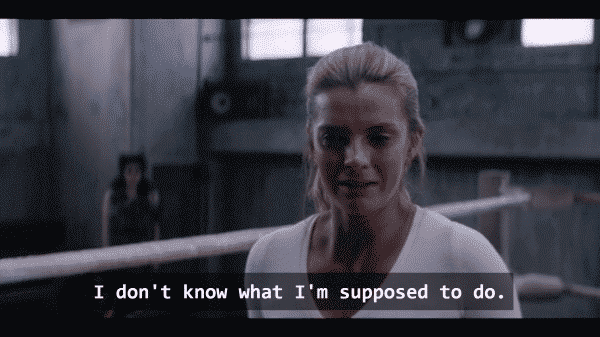 You don’t lose yourself watching Brie and think of her as Ruth. When watching Gilpin, you may still see the woman from Nurse Jackie. Then, when it comes to the rest, there is this constant “Haven’t I seen them from somewhere?” Kind of vibe. For just like there is a complaint that all the good roles have gone to men, there is a need to complain that the pilot doesn’t give one good role to a woman.

But, to be fair, there aren’t a huge amount of shows which really knock it out of the park in their pilot. Much less, these actresses, and the handful of noteworthy actors, are out of their element. For one, they all were expected to do their own stunts. Which, yeah, they were trained for by WWE actors, and there are even current or former wrestlers on the show. One being Kia Stevens [note]Awesome Kong[/note] and the other John Hennigan [note]Johnny Nitro or John Morrison[/note]. Chavo Guerrero is even part of the show, behind the scenes, as a wrestling coordinator. However, wrestling for actors isn’t like ballet for Basketball players. It isn’t something thought of to help you become better at your craft.

So with that in mind, alongside these actors just really getting into their characters, you have to give a pass. In a way, considering the leads aren’t wet behind the ears, you may feel you shouldn’t have to, but the wrestling factor has to be added in.

I can understand that the actors need time to get comfortable in their roles and over the fears of hurting themselves doing wrestling. I’ll give them that. However, what is a major issue for this show, on top of not presenting reasons to invest besides you’ve seen so and so from past work, is you aren’t given anything to look forward to. I mean, let’s just say you didn’t watch the featurette, [note]which is the main reason I’m continuing this series[/note]. All you saw was a poster, maybe a teaser trailer, and that’s it. You weren’t informed that this may end up a possible Trojan Horse type of scenario. With that in mind, what is sold in the pilot?

You got Ruth who is of the mindset because she sacrifices and studied, she deserves a real acting role. Then there is Debbie who was disenchanted with acting so she met a guy, got married, knocked up and has settled for the domestic life. Then there is Sam who is a shallow, possible pig, who runs this wrestling federation. Not a single one of them make you think, “I cannot wait for episode 2!”

Hence that Trojan Horse comment since, like how Orange is the New Black is at times, I feel like the people of color will be what makes this show. No shade to Brie and Gilpin but, this pilot doesn’t present them as the types who can be the lead – period. As in no male counterpart or being in an ensemble. 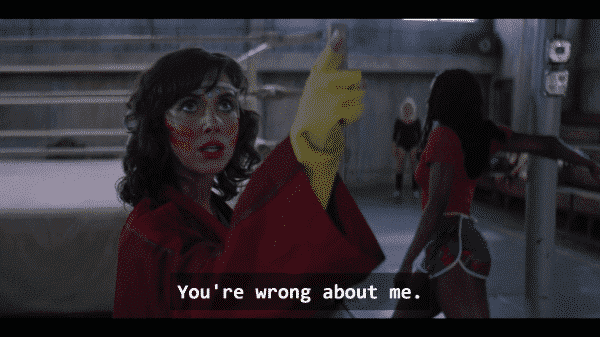 The idea of a show about wrestling, much less a female exclusive wrestling show, is already a hard sell. While stars, mainstream stars, are still produced from wrestling, it isn’t what it was in the 90s or 80s. And while there are female wrestlers like AJ Lee, Kia Stevens now, and likely others who have found respectable roles in other industries, there isn’t a Dwayne Johnson, John Cena, or Hulk Hogan type yet.

But, despite all that, what is Netflix but the place where shows like this get greenlit? Where else would you see Glow, Girlboss, or the recently cancelled Sense8 and The Get Down? Only Netflix. For with them not relying on ratings but subscribers, they can take chances. They can give a show the potential to grow and let their actors get comfortable. Which, in nearly every show I’ve watched of theirs, we see by the half way mark.

So, with that in mind, while by no means blown away or strongly invested in a single character, I’m going to rely on the Netflix brand. That and the fact that the featurette gave me hope. Much less I enjoy Allison Brie, have missed seeing Ellen Wong [note] Granted, I  only really know her for The Carrie Diaries.[/note], and really want to see what part Kia Stevens plays in all this[note]Back when I watched wrestling, I was an Awesome Kong fan.[/note].

Nice review , these are take whole new level.
5easy tips for you from our website