Ginny and Georgia: Season 1/ Episode 2 “It’s A Face Not A Mask” – Recap/ Review (with Spoilers)

While everyone loves Georgia’s smiles and southern charm, we’re shown there is a dark side to Georgia that puts survival above all – maybe even her kids.

Mary, modernly known as Georgia, hasn’t had an easy life. She didn’t get to finish high school, which made job opportunities slim, but she has the gift of gab, and it works on most people. Mind you, with men like Nick? Well, not so much. However, while he isn’t attracted to her femininity, he is to her audacity, which is good enough for Georgia. 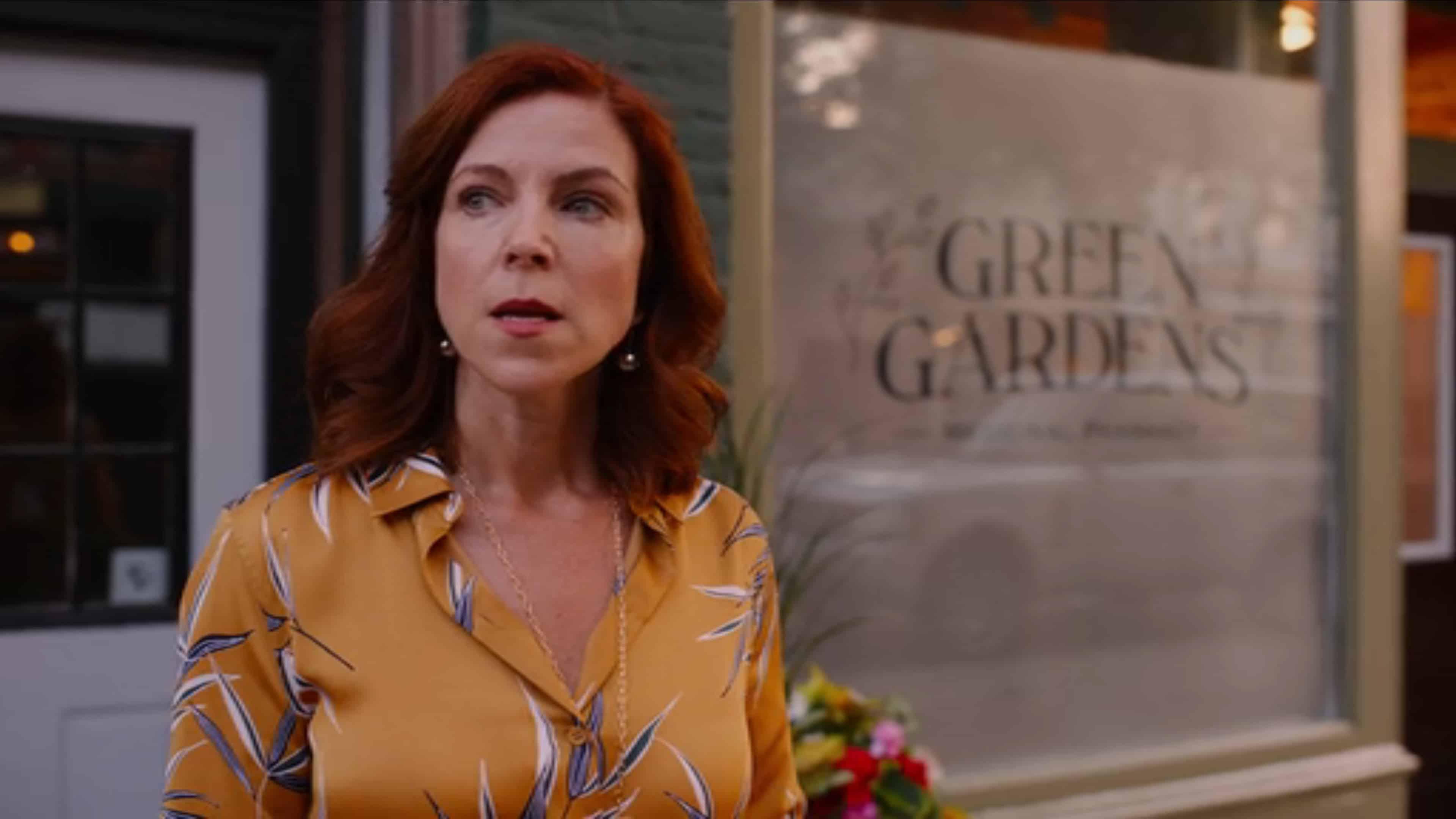 Cynthia (Sabrina Grdevich) in front of her shop

However, Georgia isn’t an idiot – she wouldn’t have survived this long if she was. She knows her beauty can’t be a crutch, and she has to make herself useful beyond that. Hence her showing her social intelligence, among others, by taking note of Paul’s problem, that even Nick can’t solve, which deals with having a weed dispensary coming to Wellsbury. The problem? Oh, just everyone’s least favorite mom – Cynthia.

But, with knowing Cynthia is next door to the proposed shop, and the main issue being the city planner and climate control, it only takes Georgia noting Cynthia has AC in her office for that issue to be solved. And all things considered, going from robbing places while she was with Zion to now working local politics, that ladies, gentlemen, and non-binary friends is growth.

With moving around so often, Ginny has never really gotten to have stability. Outside of her mom and brother, perhaps the only consistent presence has been her dad Zion – but only in letters. Which, taking note Georgia writes the letters Austin thinks his dad is sending, if it wasn’t for Ginny and Zion having phone conversations, you’d think he was manufactured too.

Georgia trying to be a good mom aside, Ginny’s issue in this episode is trying to fit in with Maxine’s friends, collectively known as MAN. Now, while Norah seems cool with Georgia, Abby is not, and she says and does things that passive-aggressively are made to make Ginny feel excluded. Be it pushing Samantha, who has her own micro-aggressions, to talk about how she used to be with Hunter, or even throwing Ginny under the bus when she pushes her to shoplift. Clearly, Abby doesn’t like Ginny, but with Maxine and Norah not feeling the same, she suffers and gets her kicks when she can.

Trust Is So Easy To Lose – Ginny, Georgia, Marcus, Maxine

While Maxine isn’t a bad friend, she does expose Ginny to marijuana, lying to Georgia, and this does lead to Georgia being put on notice. And though she has a good enough relationship with Ginny for small things like smoking pot to be revealed, Ginny doesn’t go to Georgia about the Marcus situation. Also, Ginny doesn’t go to Georgia about getting the Plan B pill either. Rather, Ginny allows the pressure to build up, and it seems she does, or formerly did, cut herself and may even burn herself to take the edge off.

Why? Well, instability combined with backstabbers, a boy who seems to want to use you for sex, and isolation – well, that’s a lot to deal with for any teenager.

My mom knows she’s beautiful. She guards her beauty like someone’s trying to break in and steal it.
— Ginny

For a woman, life is a battle and beauty is a goddamn machine gun.
— Georgia

I know about masks. My mask never comes off.
— Ginny

I never felt beautiful, but I understand hiding.
— Ginny

More To Georgia Than We’ll Ever Know

From damn near joining a motorcycle gang, having no issue robbing places, shooting her father-in-law in the hand, to being with a grifter, in Austin’s dad, Georgia has had quite a life. Which makes you wonder how the change from Mary to Georgia happen? What was the life event that changed her? Perhaps Ginny?

Also, in terms of this new life she is trying to build, can she truly reinvent herself, or is she just prone to it all falling apart? Ginny makes it seem that way, and with Georgia getting a credit card in Austin’s name to support the family, since Georgia is in $6,000 in debt, it shows she will use her kids as collateral if she must.

Yet, as much as you can see her willing to get down and dirty, there is this sense of justice with her always trying to make sure no one acts against Ginny due to her race. Also, how kind she is to Austin and even tries to navigate Ginny in the right direction, it shows there are layers and different sides to Georgia. The question is, at her core, who is she, and has that person yet become one of the personas she puts out there?

How It Handles Ginny Being Bi-Racial

In a way, you have to appreciate Ginny and Georgia addressing not just Ginny being bi-racial, but her parents relationship, but sometimes Georgia does the most. Now, on the one hand, you could say that, as a mother of a Black child, and someone who dated a Black man, this should be appreciated. Yet, at the same time, with Ginny it almost feels performative to the point where it seems less about Ginny’s safety and calling people out as it is about how the situation makes Georgia feel.

And I think that is starting to get to Ginny since now she is pushed to question what is a racist moment and what is just something looking naturally suspicious? Which, as a Black dude, it might be just something we all go through (in terms of Black people, and people of color in general)? What is something done because of my race vs. because of other factors I don’t see or identify strongly with? 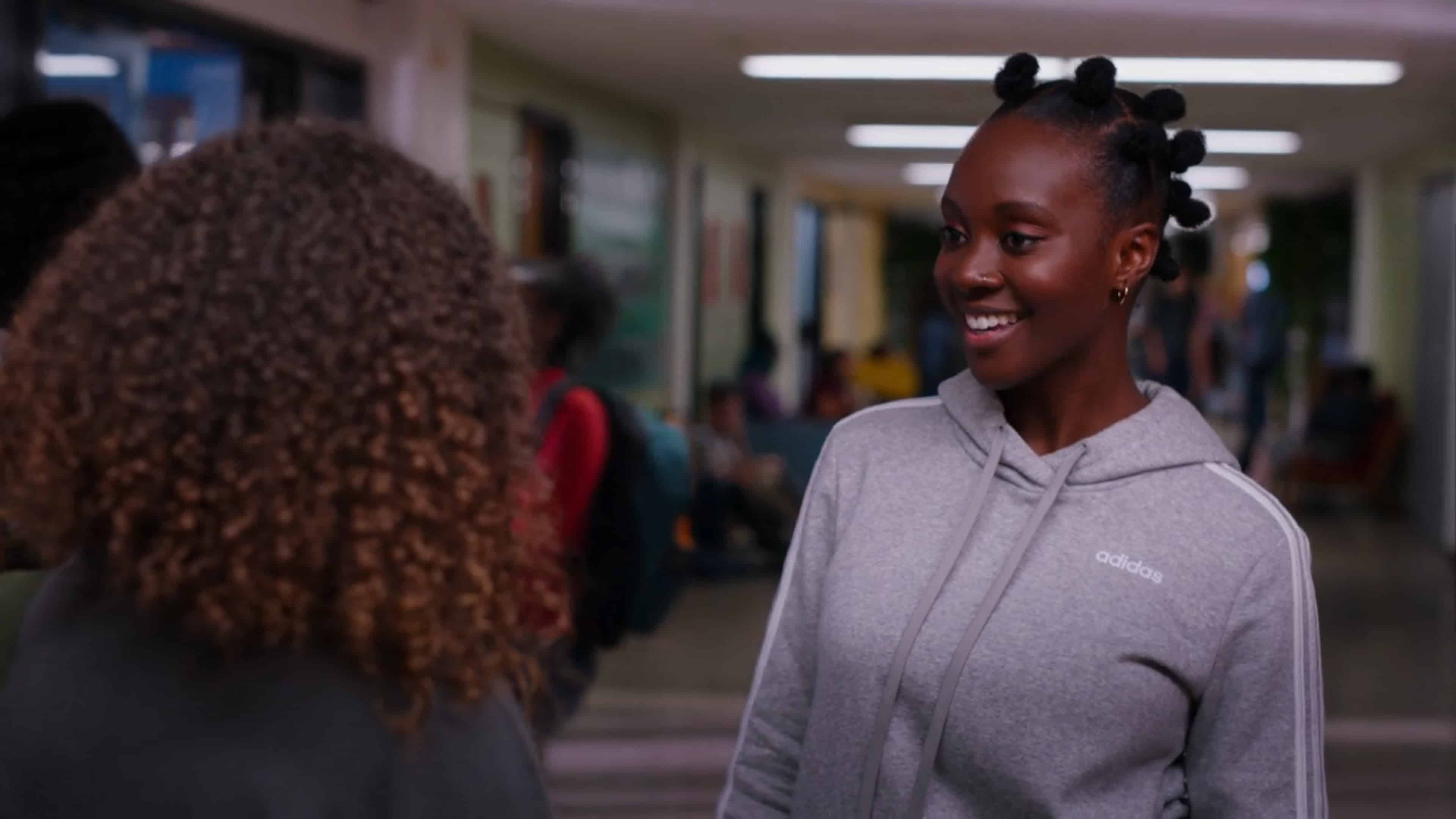 Which, in the case of Ginny without Georgia, you can sort of see it being handled in a more nuanced way. Be it the difficulty, or just Maxine’s friends not having/ struggling to find Ginny’s shade of makeup. Ginny being one of 7 Black kids and not knowing where she belongs – even though one of the Black girls, Bracia, just introduce herself. And ultimately, I just hope that, with most of Maxine’s friends showing their ass, Ginny may look into what Bracia and her friends have to offer.

I just want Abby to get hit by a bus, sort of like how Regina George was in Mean Girls. Meaning, will she die? No. However, she will get hurt, and you get a nice cathartic release. Am I a bad person for saying that? I don’t care.

But, just in general, beyond the strong reaction Abby caused, there is just nothing to Maxine or her friends that makes you want more. They seem like the friends we barely see in other shows about teenagers with more screen time, and as seen with Samantha, you get why they generally don’t get more. For even with adding Maxine knowing sign language, because of her dad, or being lesbian, and Norah being Asian, it doesn’t make these characters better. They still feel uninspiring, but now they have these qualities that haven’t necessarily become the norm. These things are still rare to consistently find, so you can see that being held onto tight.

However, after being bit once, here is hoping Ginny may move to the light and check out Bracia’s friends, rather than Maxine’s, who seem to like the luster of a new girl, who is bi-racial, with the cool mom, than who Ginny is beyond that.

How It Handles Ginny Being Bi-Racial - 77%

While Maxine's friends don't bring much to Ginny and Georgia, Georgia's past, present, and what could be her future, combined with Ginny's struggles? They more than compensate for the weak parts of the episode.