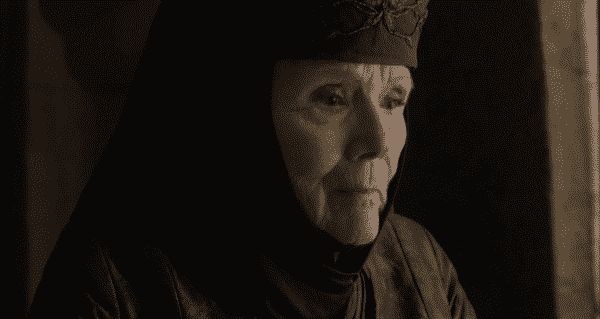 A long time coming reunion, another unfortunate death, and two of the biggest characters on the show coming face to face. We’re coming toward the end of the series and they are finding ways to up the ante. Leaving this fan to wonder, how epic could the series finale be? 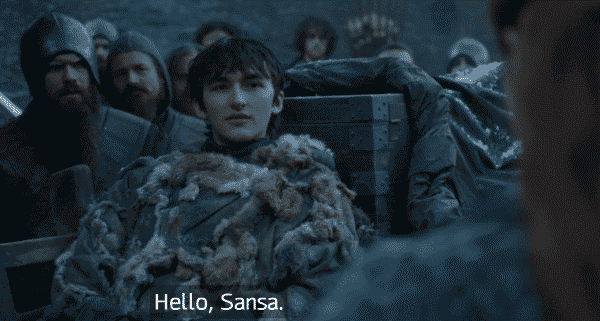 Unfortunately, Arya has yet to show up in Winterfell, but there is always episode 4. However, Bran does show up and this leads to a heartfelt reunion. Though, this is but a small part of Sansa’s storyline this episode. What perhaps truly matters is that in Jon’s absence she is making for quite the commander. She thinks ahead about the food the people will need if Winterfell ends up the base for everything, about the warmth armor provides, and everyone is sort of amazed. Though not necessarily Littlefinger.

After all, as much credit as Cersei may get for Sansa’s current state, it would be unwise to not consider Littlefinger a mentor. One who is fanning the flames of perhaps making Sansa want more than to be Queen of Winterfell but perhaps the Queen of the Seven Kingdoms. Though his main goal seems to be warning that whoever the north turns it back to may very well stick a sword into it. Focus squarely on the White Walkers and Cersei’s army will stab them. Focus solely on Cersei and the White Walkers will get them. To say the least, he reminds her that they are between two great wars. 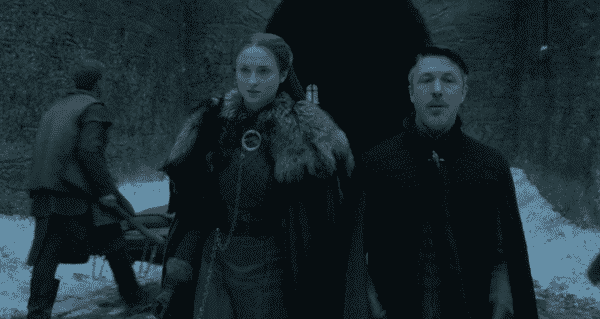 With her having autonomy over her fate, you have to wonder what Sansa plans to do with her life now? She has all this great knowledge from the likes of Cersei, Littlefinger, and perhaps even Tyrion. Will she truly be satisfied just being an adviser? Being Queen of the North in her brother’s place? To me, I fully expect her to take over the Vale. Not by Little Finger’s side mind you, I can fully imagine her killing him. But I just can’t imagine, even as girlish as she seemed when talking with Bran, that she can be at peace without wielding some sort of power. Being an equal to all these men who once stood over her and roared their power.

But, speaking of Bran, what is next for him? He is now the Three Eyed Raven but also the last legitimate son of the Starks. Can he have children? Much less wants one? It seems he has no wish to be Lord of Winterfell so there isn’t a problem there, but can Jon Snow winning over the people keep him king when a legit heir has arrived? Only time can tell. 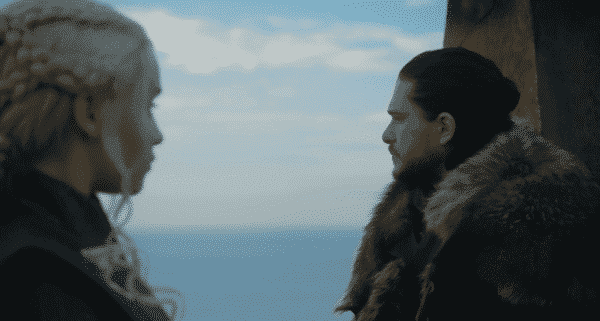 At Dragonstone the two greatest enemies of Cersei meet, and Daenerys wonders if she may have someone else to kill [note]Speaking of death, Ser Davos brings up Jon’s and while a stern look keeps him from going on and on, it stays on Daenerys’ mind.[/note]. If only because Jon Snow refuses to bend the knee. He just wants Daenerys to help him with white walkers and be on his way. A laughable thing at first, but then both are forced to realize how similar their stories have been thus far. A bastard has become kind as an exile has become queen. Both lost two brothers on their way and have discovered beings considered to by myths amongst the people. Now they stand on sturdy, but fragile thrones. Ones threatened by the guaranteed killer known as Cersei Lannister and then the white walkers to the north.

Tyrion, in all his wisdom, helps these two strong personas find peace. Not yet an alliance, but it does seem their desires to not be at war may lead to peace among them. Especially since Daenerys gives the first gesture by offering her men to help mine Dragons glass for Jon [note]Sam seemingly has cured Ser Jorah and now he is off to reunite with Daenerys[/note]. 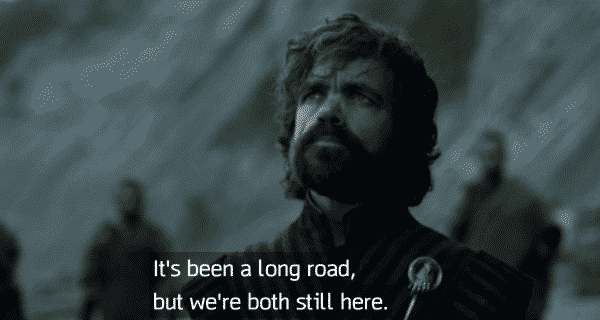 I’m trying to understand how in the world, in a row boat, Jon Snow is expecting to move enough Dragon Glass to save the north? Much less, why did he think a woman he never met, who has something to prove and desires to be queen, would help him without getting something in return? I know Jon isn’t the smartest man around, but surely he can’t be that stupid?

Though perhaps the same should be said for Tyrion. It is becoming clear to Daenerys that the man is manipulating situations past what is required of him. Much less, that he may not be as smart as he thinks. So will the seed Lady Olenna planted bloom? Also, if it does, what does that mean for Tyrion in the long term? While good at diplomacy, as we see towards the end of the episode, it seems his time away from books has made him rusty. Could it be one of the greatest minds which aren’t a maester could be failing? Euron returns to King’s Landing as if he has long been known by the people and was expected. Also, as he noted before, he would return with a gift for Cersei. Just, at least to my surprise, his gifts are alive. Yora is alive, Ellaria is alive, alongside Ellaria’s own daughter Tyene. But, naturally, that isn’t for long. For while Yora’s fate isn’t revealed [note]Though we do see Theonn on one of their allies boats, showing he should be fine for now.[/note] We do know Ellaria’s. Her fate is to watch Tyene die of a slow poison. Well, not only die, but rot, fester and turn to ash.

But that isn’t the end of the fun. While the Lannisters let Greyworm take Casterly Rock, with Euron on their tails to get it back [note]Cersei promises her hand when the war is over[/note], Jaime takes High garden. For if there is one big thing holding Cersei back from a better chance at victory is her lack of money. Something High Garden has a lot of but also lacks soldiers. So, while Casterly Rock is allowed to be taken, for the first time ever, House Tyrell and High Garden come to an end. 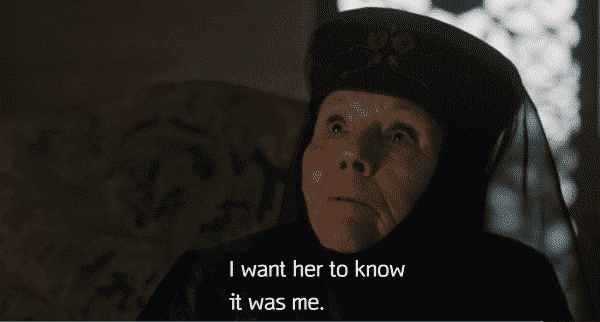 However, naturally not leaving without some flair, as Jaime provides Lady Olenna with a means to die by mercy, she reveals something. She reveals it was not Tyrion who killed Jaime but her. Something she wants the monster she calls Cersei to know. Especially as her house, and its gold, go to Cersei to pay off the Iron Bank.

One thing I do love about Game of Thrones is that when they decide to kill off a character, their death usually matches their importance. When the other sand sisters died, it was rushed and without much flair really. Matching how great, or rather terrible, they were on the show. However, with those like Joffrey, Robb Stark, and now Lady Olenna, their deaths, or rather final moments, always pack a punch.

For while not much can be done now, besides desecrating her body, Lady Olenna really did get the last laugh. Because of her, one of Cersei’s greatest allies, her little brother, is now aligned with the enemy. The man who knew of the weak points of Casterly Rock and may very well know those of King’s Landing. On top of that, he knows the formations and how the Lannister army is trained and built. He knows his brother’s and sister’s strengths and weaknesses, and because of all her cruelty over the years, he has such a good reason for revenge.

But, when it comes down to it, will Tyrion let his brother die? Cersei, there is no choice, but what about Jaime? Will he die or once again become the leader of an army after the betrayal of the crown? Hell, if Cersei dies, may they have a Romeo and Juliet moment as their world is engulfed in flames? Literally. 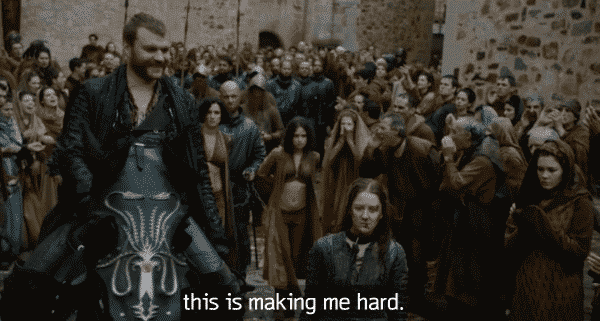 Who knows? One thing I do wonder is what is Yora’s fate? After being presented to the queen, it isn’t clear what happens to her. Will she be taken back to the Iron Isles to be executed, after being embarrassed? Will Theonn redeem himself by rescuing her? I feel like her getting to live for another episode is not just for the hell of it. Surely it has to build toward something. 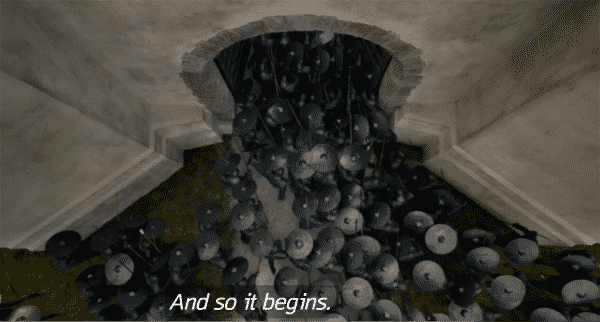 Leaving the question of Grey worm’s fate. While Casterly Rock is taken, it can’t be held. Also, with Euron’s Armada destroying their ships, there is no means to go home. So, I’d imagine, unless Jon Snow has the lords of the north send men and supplies, it is all over for those massive amounts of Unsullied, isn’t it? But hey, Daenerys seemed like she needed to be taken down a notch and humbled a bit. So what better way than realizing that as the kingdoms fall she needs to actually align herself with someone who has won, and fought, in more than a battle, but a war.

Give us common folk one taste of power, we’re like the lion who tasted man. Nothing is ever so sweet again.

I trust the eyes of a honest man more than I trust what everybody knows.

[…] a wise man once said that you should never believe a thing simply because you want to believe it.