As everyone tries to gather allies, we are reminded it is not the number of allies but the quality of generals and soldiers that win battles.

Everyone is scrambling to prepare for the battles ahead. Cersei is giving speeches about Daenerys using foreigners to take King’s Landing while having Jamie learn where the loyalties of the Tyrell banner men lie [note]Also, she learns of Qyburn’s new weapons to defeat the dragons of Daenerys[/note]. Meanwhile, Daenerys is learning what it means to ally with people who almost blindly want revenge with very little in strategy. Much less what it means to work with a woman like Lady Olenna who isn’t fond of trusting the wits of men when she has her own. [note]Grey Worm and Missandei have an intimate moment before he is to be shipped off to take Casterly Rock. For, you see, Tyrion believes taking the castle is part one of destroying the Lannister’s power. Following that, the idea was to have House Tyrell and Dorne take King’s Landing but… well that is talked about Below/Above[/note]

As for Jon? He cares not about neither King’s Landing nor the Iron Throne. After all, he never sought out nobility. However, with white walkers on the horizon, Sam revealing, by raven, Dragonstone has dragon glass, and Tyrion sending Jon an invite [note]Partly due to Melissandre’s recommendation.[/note], decisions have to be made. The kind which, once more, Sansa speaks out against – publicly. Yet, recognizing her needs allies and has perhaps the strongest woman he knows by his side, Jon leaves for Dragonstone, with Ser Davos, to meet the mother of dragons. Leaving Sansa as Queen of the North. 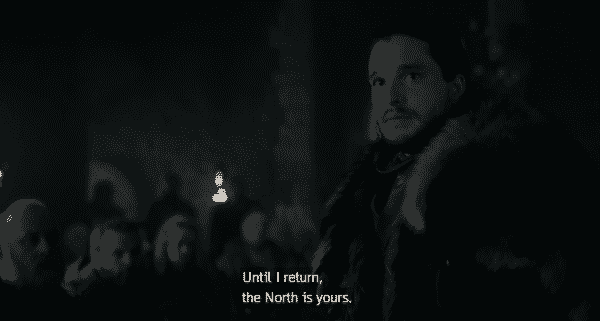 You know, there was something about Cersei’s speech that just tickled me. It sounded very US Republican, especially a Republican from a rural area, who wanted to fan the flames of racism amongst the noble classes. The kind who see the Dothraki and Unsullied, the only people of color on this whole show, as lesser beings. Which I wonder if I am the only one who thinks that? For, I know, Westeros is a fantasy world, but all worlds, fantasy are sci-fi, are based on reality. One often less subtle about the ails of the real world even as dragons are placed in and the history changes.

Social commentary aside, I do hope we don’t have to wait 2 – 3 episodes for Jon and Daenerys to be in the same room. For while a great and epic moment, one which surely will be a ratings blockbuster, I’m too giddy to wait for weeks. Though this whole, “Bend the knee” nonsense should be interesting. For I don’t know if Jon’s fight for the north will lead him to do such a thing. Especially for I take Jon as someone who probably wants no parts of what happens south.

With that said, with Sansa in charge, you know Little Finger is going to begin to make moves. Especially after Jon, like an idiot, threatened him. For it has been awhile since Little Finger screwed someone over and, unless I’m mistaken, he did have some will to be king of the seven kingdoms. Of course, he has to go about it the long way, but considering how Sansa has been molded by Cersei, Tyrion, Little Finger, and others, who is to say she will be satisfied with the North? Who is to say, the true comeback story of Game of Thrones, won’t be Jon Snow or Daenerys sitting on the Iron Throne, but Sansa Stark? 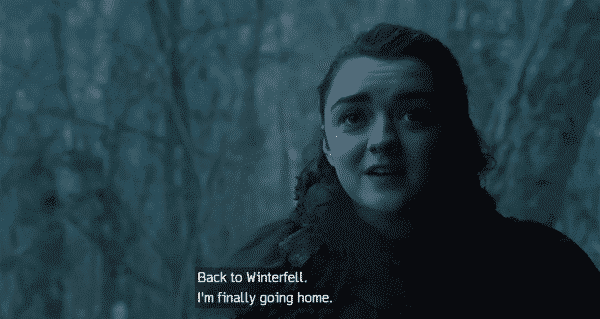 Sam has taken pity on Ser Jorah, so despite no official way to rid someone of grey scale, he is going to try. He is going to try using the information one Maester, who died of the ailment left behind. A process which includes cutting the skin under the grey scales, thus removing them, and applying an ointment. A task unapproved so Ser Jorah has to be in pain silently.

Switching to Arya, it seems she may put her plans on hold to kill Cersei. If only because Hot Pie, who she meets on her way to King’s Landing, reveals the Boltons are dead. Alongside that, she reveals the Starks have taken back Winterfell. With that, her goal is to return home for now. Maybe recapture some bit of normalcy with the family she hasn’t seen in years, at this point.

I just want to see Sansa and Arya lay eyes on one another again. That’ll serious make me weep tears of joy. For both women, not girls, have changed so much since they split up in King’s Landing years ago. So just imagine, especially with Jon gone, how that moment of being reunited will play out.

Though, with Arya returning home, so comes the question of what will happen afterwards? Will she be at peace because Jon, Sansa, and soon Brann will surround her? Or will this just strengthen her resolve? OOOOOOO imagine her and Lady Mormont in conversation.

I mean, seriously, while Jon is away, I’m pretty sure these ladies will have no problem ruling in his absence. 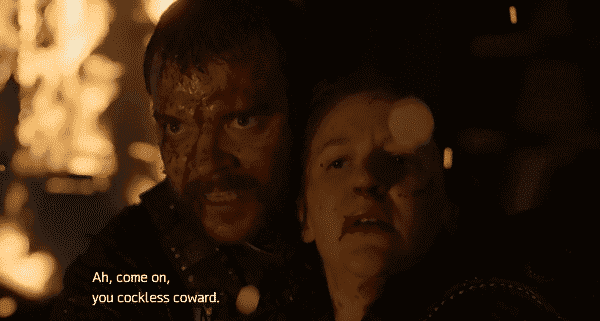 Let’s make this quick, Theonn abandons Yora when Euron attacks their ships heading to Dorne. On top of that, 2 of the 3 Sand Snake sisters we see killed. Leaving just one and her mother. Meaning, Euron has quite the potential proposal gift for Cersei.

Being that, outside of Oberyn, Dorne has been a huge disappointment, I was damn near clapping for Euron as he eliminated them. But then Theonn got triggered by something Ramsay likely did then jumped ship. Leaving Yora likely dead or at the very least a gift for Cersei to do with as she pleases.

Leading to the question of how will this affect Daenerys? Lady Olenna did say, among the representative of Dorne [note]She’s likely dead so there is little reason for me to look up her name.[/note] that they should have striked King’s Landing immediately but Daenerys listened to Tyrion’s council. Now she has one less kingdom under her pending rule and it is partly because of him. May this ruin his standing or be considered just a part of ruling?

Though an epic battle with lackluster players, this definitely shifts the power balance of the self-claimed rulers of the seven kingdoms.