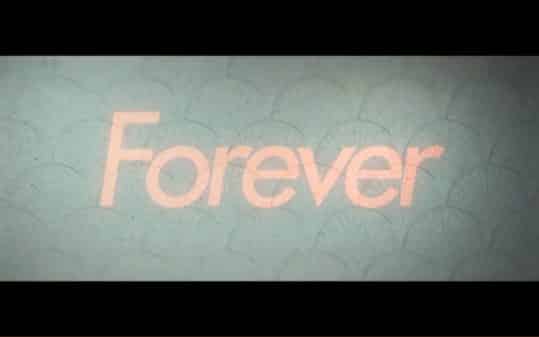 Forever seems to tone down Maya Rudolph, and the style you likely know her for, and have her perform more within Fred Armisen’s comfort zone. Leaving you with a show which comes off very niche.

June and Oscar have a boring marriage. Yes, they are both faithful to one another, but after 13 to 14 years of being together, they have found themselves stuck in routines. Which June tries to break by having them go skiing vs. to a lake house to fish. Problem is, neither were expecting it to be as cold as it was and they didn’t plan the trip well so they had to take skiing lessons with kids. One kid, in particular, Jasper, is rude to June and she decides to react and is forced into a time out. Mind you, Jasper isn’t even a teenager yet.

Leaving us watching Oscar ski, and trying to dodge trees, as June chats it up with this Canadian named Clint. All the while, knowing this man is flirting, but not mentioning she is married.

It Has Its Moments

Let me preface this by noting, as seen in the Comedy tag, I gear more so towards vulgar, maybe sexual, and often high energy comedy. So a show like Forever, which may contain Rudolph cursing when she realizes how cold it is up in the mountains, and her going off on Jasper, isn’t for me. Especially since it appears mostly geared towards what seems like Fred Armisen’s style of comedy.

It Could Get Better

Being that the advertising for this show has been terrible, I came across this article for on The Daily Beast which presents that Forever has a twist to it. The kind which isn’t strongly hinted to in the first episode but seems to be implanted with the idea you’ll binge watch this. Issue is, minus knowing this twist, which sounds kind of interesting, I don’t see what the hook would be here.

June and Oscar’s relationship isn’t bad, but it isn’t good either. They aren’t in a rough patch, but neither one seems happy. It’s in that weird state of not having a justifiable reason to divorce and split everything up, but the routine of life starting to become unbearable. Making me feel they should have maybe combined episodes for, again, the twist, it seems like the type of thing that should have been dropped in the pilot rather than a few episodes in.

The fact I need to mention the twist so much says a lot. For if you just watched the pilot and that’s it, the only reason you may want to continue is because of your love for Maya Rudolph or Fred Armisen. However, even with loving Rudolph when paired with McCartney this year in The Happytime Murders and Life of the Party, Armisen just doesn’t make that good of a partner for her.

For those who don’t like his style of comedy, it puts Rudolph in this odd position. One which makes it seem the writers wanted to take advantage of her style, but because she could adapt to Armisen’s style more than the other way around, they toned her down to the detriment of the show. Leaving us with a program which seemingly could be better, but doesn’t really sell you on that from the get-go.

Hence the mixed label. While Forever does have this twist which could make it seem better than the pilot, there is the issue of going through episode after episode waiting for it to happen. Plus, considering the need to bring up this twist constantly, as a last hope, what does that say about the rest of the show? That you should bank on the reveal leading to some huge and drastic change? How often does that really happen?

But, in the long run, I think the main issue here is that Rudolph isn’t being utilized to the fullest and, as noted, this is just not my kind of comedy. For while there are clearly jokes throughout to laugh at, they don’t seem geared to make Rudolph shine. They are made for whatever audience Armisen brings – at least based on my knowledge of his work. Making the show seem rather lopsided and not trying to sell you on the more, for a lack of a better term, mainstream star, and her more high profile, if not commercial, style.