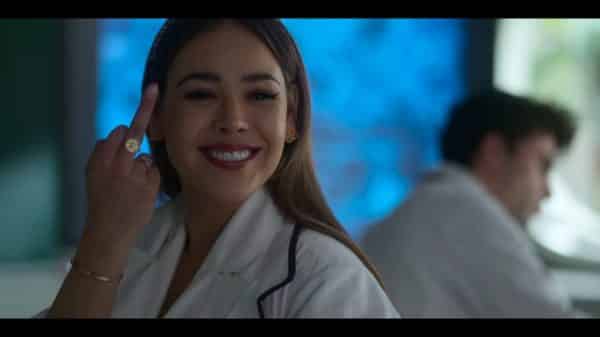 Samuel finally gets the information he needs, but will it be enough? Also, Nadia and Omar claim their men.

We get to see Caynetta’s home life this episode and, well she is poor. Not so poor she is living off cup of noodles and the family gets by on candlelight, but somewhere in the range of Samuel’s family. But, between her scholarship, her mom who cleans, including at the school, and the work she does, they get by. However, Caynetta wants more than this. Hence why she fronts for Lu, who doesn’t suspect a thing, and tries to hide her connection to her mom.

But, as she grows closer to Lu, especially as Lu and Carla have a widening rift, this façade may become more and more challenging to keep up. Particularly due to Caynetta stealing clothes from her employer and being caught – though not confronted.

Lu has reached the end of her rope. Guzman and her brother are drinking and doing drugs, and how she feels about it isn’t a factor. So, while Nadia is supposed to be tutoring Valerio, who originally invited Nadia over to understand Lu’s competition, Lu passes the baton. This leads to Nadia breaking through by giving Guzman a taste of his own medicine, in the form of drinking as he does and nearly doing coke. 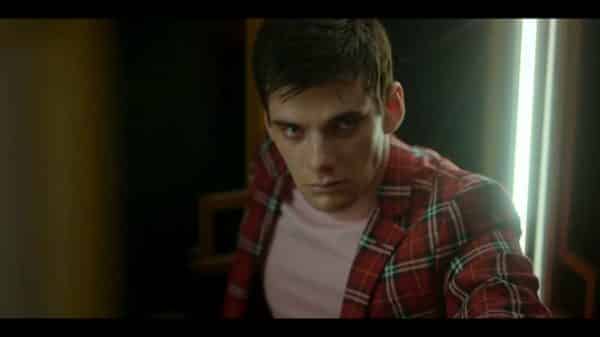 Now, while Nadia fixes that situation for Guzman, unfortunately, Polo’s situation is a bit more complicated. One, after him and Ander jacking each other off, things are awkward. Two, with Carla not interested, Guzman having Lu, Nadia, and Valerio to entertain him, and Ander focused on Omar, he feels isolated and alone. He even spends an hour at a toilet, likely puking, with no one noticing he is gone. However, the big issue for Ander might be the reveal he killed Marina. A secret he shares with Ander who, as you can imagine can’t really deal with such jaw-dropping information.

However, it doesn’t seem between that reveal, and Omar going against his father to gain some sense of freedom, Ander may have time to deal with Polo. For after Omar goes to a club Ander is, kissing him publicly, and outs himself, he goes home to a father and mother waiting and upset. Leading to you anticipating Omar finally coming out but it doesn’t go that far. Instead, he just gets kicked out and with his mom pleading, and Nadia saying nothing, Omar is given the boot and ends up in the dark of night.

Rebeca seems to be heavily invested in Samuel. How can we tell? Well, on top of helping him with the Carla situation, which leads to nothing but sex, and some vague idea she has involvement with Marina’s death, she seems jealous. I’m talking the kind of jealous we saw from Lu when she realized Guzman wasn’t playing a game to get Nadia’s virginity, in season 1, but falling for her.

Which makes the reveal that her family, specifically mother, Sandra, is into illegal activities a bit of an issue. For in trying to bring Samuel closer, rather than make him an asset he may have become a liability. At least if his loyalty to Rebeca isn’t as deep as she once thought.

Slowly Warming Up To Carla, Thanks To Lu & Caynetta 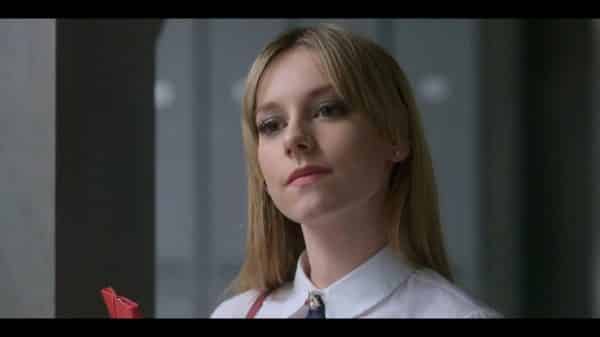 One of the things that has become apparent in this episode, is that the girls of this show are fighting for control over their lives. Caynetta wants to control her image and trajectory, despite being born poor and struggling to free herself. Lu, with her being forced to be amiable to the men in her life, wrests for control, empowerment even, through her interactions with women. Being better than them, befriending the richest, or most interesting, it is how she validates herself. Perhaps proves she is more than some smart girl, who dresses well, that deserves to be on the arm of someone like Guzman.

And in that, you can understand Carla – especially as she talks about why she stopped being Marina’s best friend and traded her for Lu. Carla is, essentially, a boring person and she’d rather live vicariously than engage. Hence her thing for Christian and now Samuel. They live lives she won’t, and unlike Polo, they challenge her. She doesn’t have to take control or feel like she is settling. Samuel, in his pursuit of truth, keeps her on her toes and while this worries her, it also excites her. It makes her feel alive in a controlled way. At least, controlled in her mind.

While it isn’t clear if Omar may live with Samuel or try to sneak into Ander’s home, what matters is him getting his wish. He is free from his obligations to his family. Which could very well mean Nadia has to pick up the slack but, let’s face it, she has gotten far more freedom than Omar has ever had and while her intelligence tipped the scale, luck was part of it as well. So it should be interesting to see how the store and household changes with Omar no longer being a whipping boy. 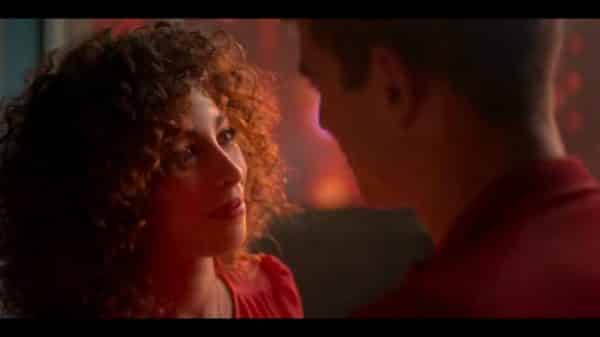 One of the things which can often be difficult for pairings like Guzman and Nadia is getting past how their relationship began. As noted, Guzman original interest in Nadia was to take her virginity, to bring her down a notch since Lu didn’t like how self-righteous she thought she was. Yet, look at them now. Nadia has more influence over Guzman than Lu, and it’s clear he has feelings for her.

Even with the added factor of maybe Sandra or Rebeca being involved in what could be a murder, I can’t say this episode boosted the mystery. At this point, Caynetta has risen above Samuel, as the notable poor person. Then when you factor in Omar and Ander’s story, Guzman and Nadia’s, it makes Samuel missing, assumed dead, not a top storyline. And honestly, I can’t imagine what the show could do to push him to where he seemingly is supposed to be.

Slowly Warming Up To Carla, Thanks To Lu & Caynetta - 86%