Wherever I Look
Recaps, Reviews, and So Much More
Home Movies K-12: Summary, Review (with Spoilers)
Movies

K-12 takes the example of what a visual album should be up a notch by producing a musical which makes the visuals and music inseparable.

It’s time for Crybaby to go to school and while it isn’t as bad as her daycare years, mostly due to having friends like Angelita, Celeste, Magnolia, and Fleur, it is still a challenge. For if it isn’t bullies like Kelly, evil teachers or principals, if not the son of the principal, Leo, there are the trials which come from growing up. 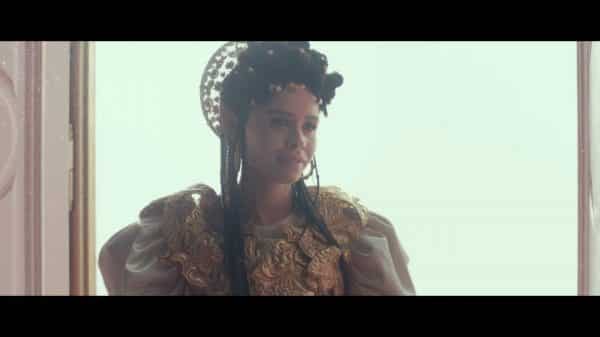 The only way you can truly learn is through experience.
— Lilith

Whether you are talking special effects, costume design, or choreography, K-12 will be visually entranced as Martinez mixes her Tim Burton/ Alice In Wonderland vibe with what often seems like Bubblegum Pop. Giving you this twisted, yet never bloody, glimpse into a world which could only come from Martinez’s mind.

But, taking it deeper, what I loved was the various hairstyles, which often noted a shift in Crybaby’s age and also the choreography. Mostly due to me not correlating dance sequences with Melanie Martinez since it seems the goal was more about the twisted fantasy than her, and a group of dancers, in past music videos. So to see her do moves reminiscent of 90s pop, maybe early 00s R&B, was a pleasant surprise.

While some things, like not pledging allegiance, Trans rights, and free menstrual products are just touched on, you have to appreciate their presence. They help flesh out not just Crybaby’s journey to 12th grade, but remind you each person, adult or child, is on their own journey and that Crybaby isn’t the center of the universe. She is just the one we happen to focus on.

You Can’t Imagine The Music Without The Visuals

While songs like “Detention” and “Highschool Sweethearts” are catchy, like most of the music, I feel that you can’t fully enjoy the song without the visual. Songs like “Orange Juice” need you seeing what happened to Fleur. “Strawberry Shortcake” works more as a video, even though it is a catchy pop tune, like most of the songs, than it does if you play the movie in the background.

And, I’d submit that unless you are a fan of Melanie Martinez, it may feel like a requirement to have the visuals to get through the entire album.

The Overall Story Is Good But Can Be Slightly Confusing

You will get the gist of the movie being that Crybaby, and her friends, have powers, go to this asylum like school, and together fight their way out. However, when you break up that journey, things can be a bit confusing. Maybe the confusion could stem from there being an unmentioned prerequisite of watching the rest of Martinez’s videography? Perhaps this film isn’t really entry-level but more so for long term fans? If not the issue of the motive behind this teeter-tottering between creating a film which can stand on its own vs. the film just being a marketing tool? Either way, while enjoyable, I can’t say if this was released as an actual movie, let’s say indie release, it would have much of a reach outside of Martinez’s fans.

K-12 shows Martinez definitely has created a character who can exist outside of 6, or less, minute videos. However, while the visuals are clear, the overall vision might be a little murky. At least in terms of if this film should be seen as a straight forward musical, which should be seen as an equal to the album, or this is a likely expensive marketing tool? One which doesn’t seem geared to win over new fans but definitely show established fans Martinez’s growth as an artist.

Hence the mixed label. In many ways, there feels like there are one too many perquisites to enjoy this film. Be it watching previous videos, to know Crybaby’s full story, recognizing this may more so be a marketing tool than a film which is meant to stand on its own, and recognizing this might more so be for Martinez’s fans than a general audience.

You Can’t Imagine The Music Without The Visuals - 75%

The Overall Story Is Good But Can Be Slightly Confusing - 74%