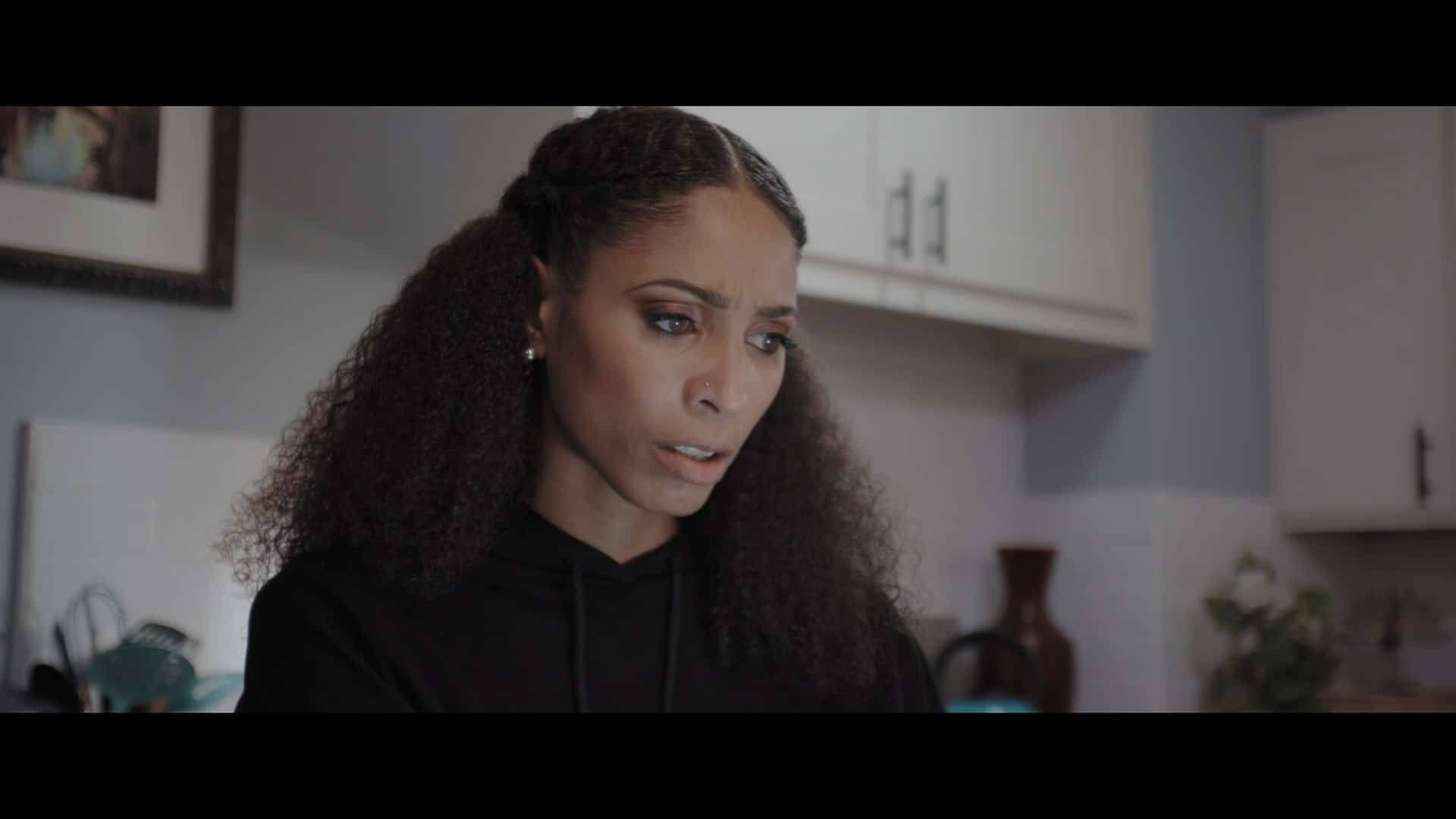 After quite a scare in the last episode, we learn a certain character is still alive. However, the chaos in each of their potential rescuers’ lives will delay them being found. We learn while Laylah was shot, it wasn’t with metal, lethal bullets. Nope, she is valuable merchandise, so it was just rubber bullets that hit hard enough to leave a bruise but not do the kind of damage we were led to believe.

For both Brian and Robin, love is a foreign idea. Sex, affection, that is used in exchange for something. So when it comes to Brian, Tiffany helping him doesn’t make sense. What does she want out of him, and from what it seems, because their crazy talks the same language, that’s the attraction. That and their mutual hatred for Erica, who Tiffany reveals, killed the professor Tiffany was in love with in college. So, to get back at her, she did sleep with Cintron, and we learn this episode, as does Erica, that Tiffany got pregnant and now has a 6-year-old son.

As for Robin? PTSD makes it so, while it is a joyous thing to hear on the news that the Obedience Academy did fully burn to the ground, it also triggers memories. The kind which makes Robin feel like she doesn’t know love, only the obedience she was groomed for, and DeAndre tries to break that spell. The problem is, he does this through sex, Bunny sees, and because of that, Bunny pulls a gun on Robin.

However, Robin got the heart of a lion when she knows she can punk someone, and with knowing Bunny isn’t about that life, she pays her dust and heads over to the academy to make sure it truly has been destroyed.

As Tanya gets immunity for Eric and Erica, she also finds herself investigating the ownership of the Obedience Academy. She learns it was seized by the government, condemned, yet stood for 40 years before it was burned down. Also, the young man, Jason, he seemingly has involvement with that through his father. Now, from what it seems, Jason’s father might have been involved with the ownership, but Jason’s situation is murky. It isn’t 100% clear if he was one of the kids abused, but we do know he is in prison for killing someone part of the Obedience Academy’s leadership. Specifically one of Mother’s daughters.

Thus leading to Tanya really pressing Jason about his dad, but to get that information, Jason says he has to be let out. However, the only way he is getting out is a bodybag due to being shanked for talking so much.

But, while Tanya reaches a dead end there, she does go to the academy to investigate, with Officer Lopez with her since Detective Ryan goes ballistic when he is taken off Laylah’s case and hands in his badge. There the two of them, Officer Lopez and Tanya, encounter Robin, who is making sure the place is truly gone, and while Tanya has sympathy for Robin, with knowing her story, all Officer Lopez sees is the woman who killed Candice.

As for what former Detective Ryan is doing during all of this? Just checking in with Eric, learning about the virgin auction and how it is run. This leads to Eric focusing on getting the barcode Keenya mentions is needed to get into the auction, which seemingly he will get from taking out one of the known buyers with Erica – who he has thrown a grenade at that man’s business.

Brian and Robin’s Struggles With Love

Double Cross is too campy and comical to ever truly get deep and explore the trauma of Brian and Robin the way they deserve, but we appreciate the effort. Both Robin and Brian are deeply traumatized and distrustful. Brian is of any woman who approaches him, even with the grand gesture of helping him burying a body and Robin? In her unique way, due to being a woman who likely went through a different experience than Brian, she too struggles with what others would find normal. 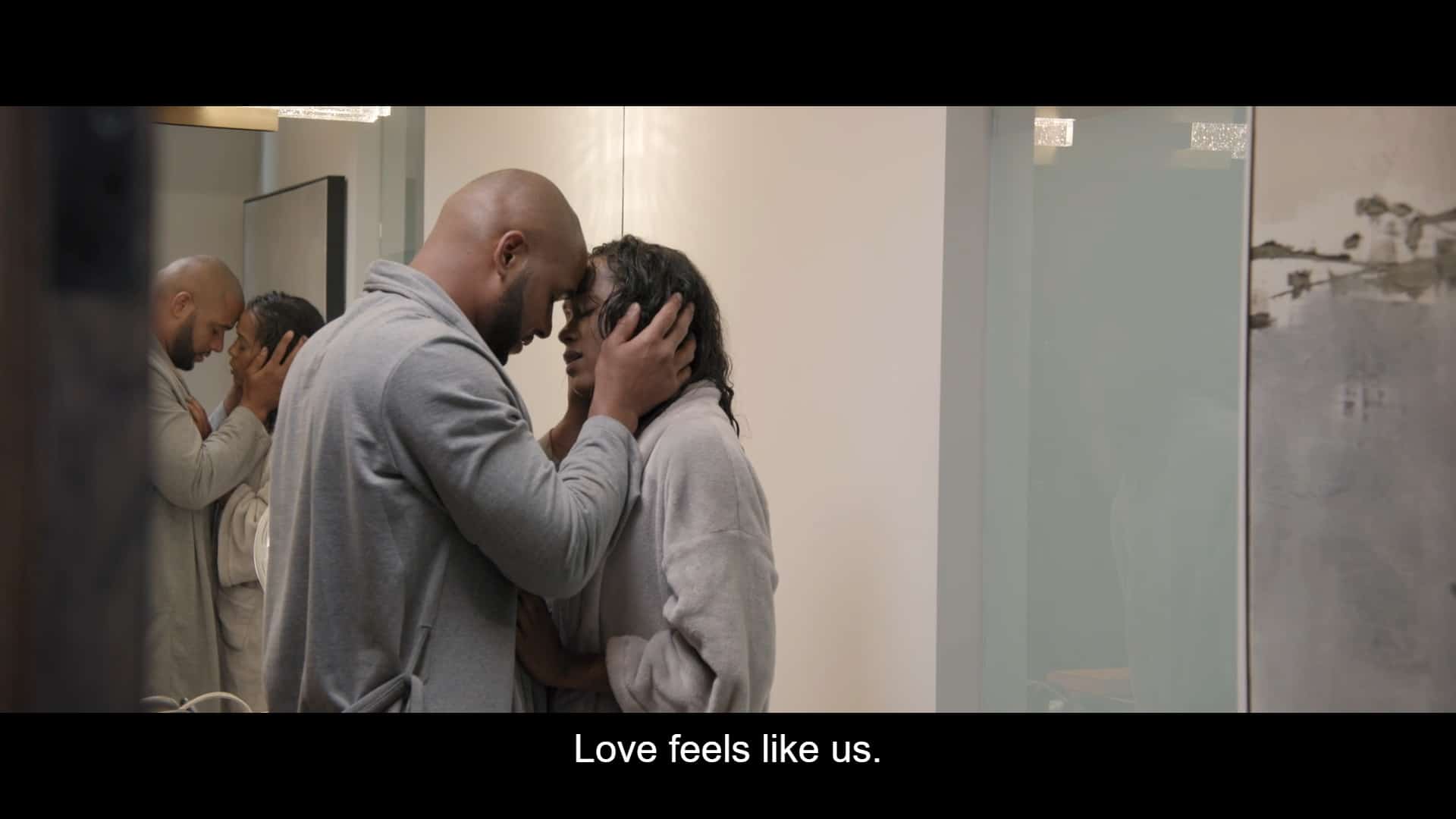 Now, because of what Brian did to Erica, he deserves this struggle and worse in many ways. However, for Robin, you’ve seen multiple times that she is more so doing what she knows than doing what she loves. So her being exposed to different things, like a man who genuinely loves her in DeAndre, maybe that’s all she needs? Now, is this person the best person? Hell no! Bunny lost her mind over being cheated on. However, Bunny is new, so we have no loyalty to her.

Humanizing Robin can be difficult for she was not only part of a system, but she also continued it serving its function. Yet, despite what Robin has done, Tanya felt something, and I think that really shows you that Tanya is a bit of an underrated character. For the most part, you could write her off as Detective Ryan’s wife and Layla’s stepmom, but with her getting to step out of Ryan’s shadow and establishing herself as an individual, it makes me hope as we see more of her and she may further establish that she and her husband aren’t a monolith.

I don’t know where this storyline may go, but I’m here for the drama. Be it the reveal Cintron is lying and could have a child with Tiffany or Erica killing the professor Tiffany was messing with. Someone who could also be the dad and maybe was messing around with a whole bunch of students? It isn’t clear if that is the case, but I think, like Brian, Tiffany’s relationship with Erica is only going to get increasingly complicated as the season goes on, and we’re going to be left torn when the whole truth comes out. Especially if Tiffany can continue to match Brian’s energy.

Double Cross: Season 3/ Episode 4 “Rain or Shine” – Recap/ Review (with Spoilers)
Overall
As the humor and violence subsides, and empathy is all that is asked, Double Cross gets slightly serious, the best it can, to remind us of the scars some characters hold. That and maybe they shouldn't be completely given up on yet.
Highlights
Brian and Robin's Struggles With Love
Tanya's Empathy For Robin
The Tiffany x Erica Storyline
Disputable
82
Follow Wherever I Look on Twitter and Instagram, Like us on Facebook, and Subscribe to the YouTube Channel.