Chester seemingly won’t be the only thing Marcus has to worry about. So, with trouble ahead, he tries to heal old wounds amongst his new family.

It isn’t clear why, maybe because they don’t like Master Lin or just to cause BS, but Shabnam, Viktor, and Brandy all find themselves delivering information to Master Gao. Mind you, it all seems willingly and without any threats. Heck, Brandy and Viktor volunteer information. All of which only pushes Master Gao to realize her brother really doesn’t have a hold on things as he may assume he does.

This especially can be seen when Juan tries to have a go at Saya, without saying anything to Maria, as Diablo wants not just Yukio’s death but multiple dead members of the syndicate. Thus causing a whole lot of friction between Maria and Saya – on top of Maria worried about Saya and Marcus’ friendship.

With Yukio and Chico dead, Master Lin is pressed for answers, and Saya is pressed to respond by Riku, who was Yukio’s close friend. As this happens, Maria is going off on Juan since she assumed she had some kind of leadership role, but it is increasingly becoming true that her power relied on Chico’s. But, at least she isn’t alone since Master Lin thought his leadership kept stuff like this from happening but that is no longer the case. Hence him bringing on a lockdown and guess who decides to escape? Marcus.

Being that he doesn’t want everything to fall apart, he sneaks out, and since he isn’t good at being sneaky, he gets caught. Leading to Master Lin not necessarily torturing him but definitely coercing a confession – a rather accurate one when it comes to what happened with Chico and Yukio. But he isn’t alone in being put to the test. After fighting during a period when the kids are allowed to get some food, Saya goes for Juan, and that causes a fight between her and Maria. One Master Gao stops and then decides to leave Saya alone and handle Maria – someone who she sees as the root to all the issues.

Thus leaving Riku to handle her but, thanks to Saya providing the save, Maria’s life is spared. However, between there remaining the issue of Marcus and there still being a bit of distrust, Maria seems to take a sledgehammer to the bridge Saya is trying to repair. Leaving her questioning if this idea of an alliance, nevermind her friendship with Maria, is worth it anymore.

With Master Lin knowing what the truth is, like he covers for his family, he covers for Marcus and seemingly this allows Diablo to cool his head. However, while that situation is handled, there remains Marcus being in the middle of the girl who saved him, recruited him, and his girlfriend who doesn’t trust her. So, to try to make peace, he reveals he didn’t kill the kids at the home, Chester having Chico’s head, and that he will soon expose them all.

All of this is done in hopes that it’ll lead to more honesty, fewer secrets, and the family he sees them all as coming together again.

Can’t make it to the top of the ladder unless you’re a sociopath […] because the ladder is made of humans.
— Billy

You’re searching for conspiracy because the truth is far more painful.
— Master Lin 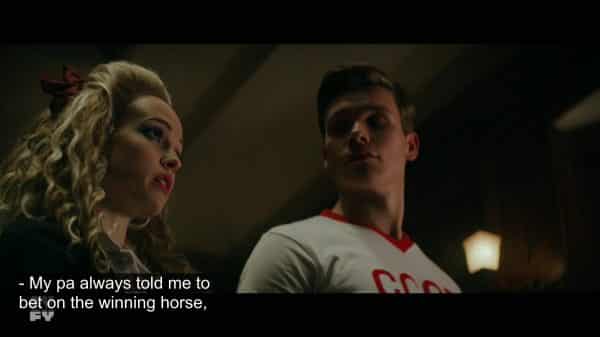 It always seemed strange how the future of the world’s most dangerous organizations, for the most part, got along. If not there was some form of truce which kept them from going after one another. Heck, considering Saya and Maria’s friendship, and Brandy sometimes seeming okay as long as they are legacy, while everyone is different, it seemed rather koombaya.

So with the kids fighting, and now sowing seeds for Master Gao to perhaps push for a change in power, things are getting rather interesting. We’re getting the kind of tension which expands beyond relationship drama and could lead to some quality fight scenes. Ones which aren’t simple assassinations but the battles we see them often train for. 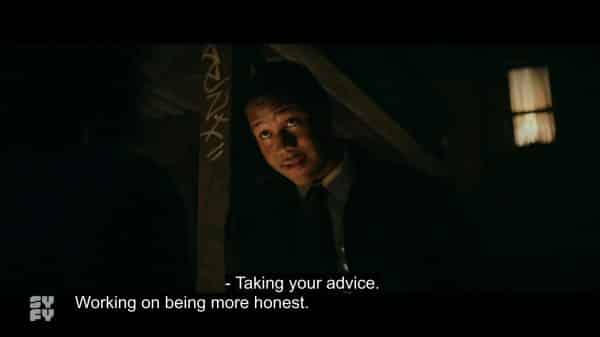 With Maria turning her back on Saya, Marcus’ allegiance a bit split, and her maybe still reeling from feelings she had, it makes Willie showing he listened to her, when it came to Gabrielle, meant something. You can see it in her smile, the idea someone values what she says and doesn’t just listen to humor her. Now, granted, considering Saya may not have much of a relationship history, she is an odd source of advice. Yet, considering Willie probably doesn’t have much either, especially an honest relationship that doesn’t include his faux-gangster persona, he could use all the help he could get.

It’s easy to forget Marcus was living a lie since, honestly, it wasn’t made to be all that interest. Yes, the animation for it in a previous episode was cool, and how it helped us understand Chester a small bit. However, it was never made into something which had to be at the forefront of your mind. So, kicking the secret out and being open, it pushes out what seems like a forgotten storyline for there was just so many other more interesting things going on.

Supporting & Small Roles Stepping It Up

When it comes to Brandy, Viktor, and many others, it seems not much has been done with them since their introductions. Because of that, like Marcus’ notable crime, they have become afterthoughts. However, with them involving themselves in this possible battle that Gao and Lin may have, it raises their profile. Add in how there is now a bit of uneasy amongst the kids, and it makes the possibility of a gang war seem possible and exciting.

Though, on a side note, I also appreciate finally getting Lex’s background for he had gotten teased about it for quite some time so to learn his mom left, and his dad covered for him so he wouldn’t go to jail, it complicates the character. It helps you understand why his sarcasm is light, but can be biting, when sober, yet he lashes out hard when drunk. He hates himself for treating one of the few good people he had in his life like trash. Someone who sacrificed their own freedom so that he’d have a chance.

On the one hand, this helped push the idea Petra has an issue with trusting her emotions yet trusts Lex and Billy. But, at the same time, unless more comes of this, it just seemed like a silly comic relief of a plot. One to counterbalance Marcus seeing his parents, Maria’s s*** hitting the fan, and Master Lin and Master Gao maybe finding themselves at odds on a larger scale – not just personally.

The Handling of Diablo

While Master Lin likely earned the prefix, I found how he was able to calm down Diablo a little too rushed and phony. Maybe it is because Master Gao called out how she could see through him so now you feel the same. It could be that Diablo in person isn’t as interesting as his cartoon version? Either way, I hope this was just a case of quickly firing up a new storyline, providing background, and then cutting the fat – which would be Diablo in this case.

Supporting & Small Roles Stepping It Up - 85%