Diablo comes around to hasten the investigation, Gao learns Lin’s secret and the end of the boy’s home and the rise of F*** Face is revealed to us.

Episode Information for Episode 7 ‘Rise Above’

You Can’t Have It All: Master Gao, Master Lin, Nahia

With Chico’s death and the other things Master Gao has witnessed, she finds herself peering closer on her brother. This leads to her discovering Nahia is alive and her being forced to remind Master Lin of their family’s obligation to The Guild. An entity which, considering how callous Master Gao has become, even when speaking of the death of her own son, helps you understand why Master Lin faked his family’s death.

You Could Be Free: Gabrielle, Willie

Willie is only really able to be himself around a select few. Up until now, it seems his mom and Marcus may have been the only people, but now Gabrielle gets added to the list. However, at first, Gabrielle things Willie just wants some p***y. But with seeing he is being genuine, he receives some p***y and solidifies his relationship with Gabrielle. At least until he comes up with excuses for not leaving the First Order. His reasoning, especially after talking about his dad wanting to become a reggae singer but instead getting into gang life, disappoints her a bit. But not enough to break up with him.

As you can imagine, Chester had a messed up childhood. We see that in his grandmother burning Shandy in the face with a cigarette. We also can see that due to Chester forming quite the bond with Chico’s head. However, it’s learning about his abusive father which really takes the cake. Making the boys home, even if it was a sweatshop, and some of the guards were molesting them, seem far better than he ever knew.

So imagine Marcus setting off a bomb which started the fire, killing guards, setting up the headmaster to die, and leaving Chester to die too but not finishing the job? Then, in a fit of rage, Chester kills everyone yet Marcus gets the credit? Wouldn’t that make you mad? Especially if you felt like no one cared about you in your life and the idea of fame makes you feel tingly inside?

That’s why Chester is coming after Marcus so hard and building up his profile as a psycho killer. He wants the fame that Marcus stole and then intends to eclipse him.

While the plan to find Chester and his shared past with Marcus is explained, Maria is trying to cover her behind. However, it is a bit difficult since Diablo is tired of waiting for answers. So, since Yukio is a suspect, he gets killed to save face.

Willie & Gabrielle As a Couple 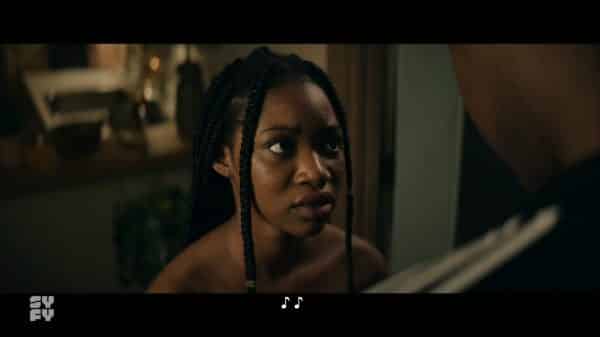 While Marcus has two strong relationships going on, neither compare to Willie and Gabrielle’s. With them, there isn’t a tragic romance or a love affair to make up for the love a family member can’t or won’t give. It is just two teenagers, young adults perhaps, in love. Willie, the pacifist, stuck in his lifestyle and Gabrielle who somehow broke free and wants to guide Willie to the freedom she found. It’s a cute story which reminds me of some of the urban romances from the 90s.

Alongside fleshing out Marcus and Chester’s history, the same happens for Gao and Lin. However, while traumatic to many, there was a sense of duty involved in their past. One Gao is so loyal too that she can speak about the death of her son callously. So what may come of Nahia with Gao’s loyalty to The Guild is anyone’s guess. Especially considering, though their relationship is strained, she still cares for her brother deeply.

Is That A Love Triangle On The Horizon?

Though friends, there is the possibility of a rivalry between Maria and Saya and who is to say Maria’s instincts didn’t pick up on this already? Plus, with the death of Chico, so comes a major obstacle in Marcus and Maria being together. One which hasn’t stopped them yet but does create the issue of always looking over his shoulder. Much less, unlike Saya, Maria is fully ingrained into the cartel. She is almost like a daughter to Diablo, or a prized possession.

Meanwhile, though many want Saya dead, she is loosely affiliated and has some form of freedom. So if normalcy is a real goal, Marcus is more likely to find it with her.

I’m all for returning characters and enjoyed him picking with Marcus, but I have to admit I was left wanting more. His Joker x Batman, “We’re the same” spiel seemed as forced as his questions about Marcus’ past or everyone picking on his. Making for the kind of awkwardness that I’m not entirely sure was intentional.