The end has come, and it is bittersweet. Yet, considering all Sabrina has gone through throughout four seasons, it was a necessary end.

The journey away from The Void seems to lead to The Endless possibly being killed or lost, but that isn’t confirmed. The only thing we know for sure is the journey back kills Sabrina Morningstar, and with the warning of what’s to come, Sabrina Spellman’s 17th birthday is less something she cares to note. For with Sabrina M’s sacrifice comes another level of guilt, and so, with the appearance of the Trinket Man with Pandora’s Box, she tries to contain The Void from within it.

However, Nick, Ambrose, and the aunties pull her back before she can finish, thus leaving the task incomplete. Though the bigger issue might be them putting Sabrina S’ soul into Sabrina M’s body, and Lilith not only learning of this but telling Lucifer. For in doing so, Caliban tries to wage war, with Lucifer by his side, for they take grave offense to this. But, in trying to snatch Sabrina M’s body back, they, alongside Sabrina S, learn how grave of a mistake Ambrose, the aunties, and Nick, have made.

What’s the issue? Well, like with The Weird, they thought they had a victory far too soon when Sabrina was still an active vessel. But, unlike with The Weird, The Void is truly the ultimate Eldritch Terror, and it begins to overpower Sabrina. Thus leading to, when she is under duress, people disappearing who are causing her stress. Thus Caliban and many others enter The Void, including Harvey’s dad, entering The Void, and Harvey being quite upset.

However, no one beyond Lucifer might be more upset with what happened, for his loss was an utter embarrassment. But, what kills him, no pun intended, is Lilith for when he doesn’t hold up the bargain they made when she forced him to promise the return of her powers for information. Which, with The Void becoming an issue that can’t be ignored, he’d rather focus on that. So, using the same weapon that killed Lazarus, Lilith begins killing Lucifer, drinking his blood, and perhaps finally getting her throne. 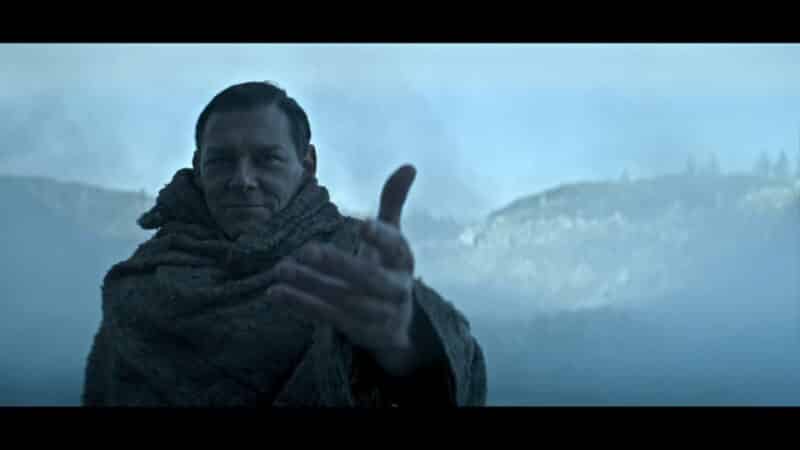 And while all that happens, Sabrina is wracked with guilt and decides to hide away at The Mountains of Madness, where Faustus finds her and decides to impart his knowledge so she may learn to handle The Void.

As usual, nothing with Faustus is altruistic. Over the 6 weeks he spends alone with Sabrina, his goal was figuring out a way to have the power of The Void. Which he does, but before he can begin the process, Prudence, Agatha, Roz, and Ambrose come to visit. They even try to stop him, but Sabrina makes it clear they showed up too soon, and the stress they cause leads to Prudence and Roz being taken by The Void. Leading to Ambrose managing the regroup effort to bring Hilda, Zelda, Agatha, and Nick in, alongside others, to finally defeat the Eldritch Terrors.

The first part is getting Pandora’s Box, which Nick handles, and following that is defeating Faustus, which comes with ease. However, the last part is, like we’ve often seen with Sabrina many times before, is her being pushed to the limit in hopes she can take it so the world can be saved.

But this time, despite being in Sabrina Morningstar’s body, meaning the body of a God, she dies. Her life flashes before her eyes, and just as everyone is saved and Nick traps all the Eldritch Terrors in Pandora’s Box, she dies. Leading to multiple ceremonies commemorating her death and us seeing her in the afterlife. Soon joined by Nick, who seemingly drowned himself to be with Sabrina. Because suicide reuniting them seemingly was supposed to be a romantic gesture. 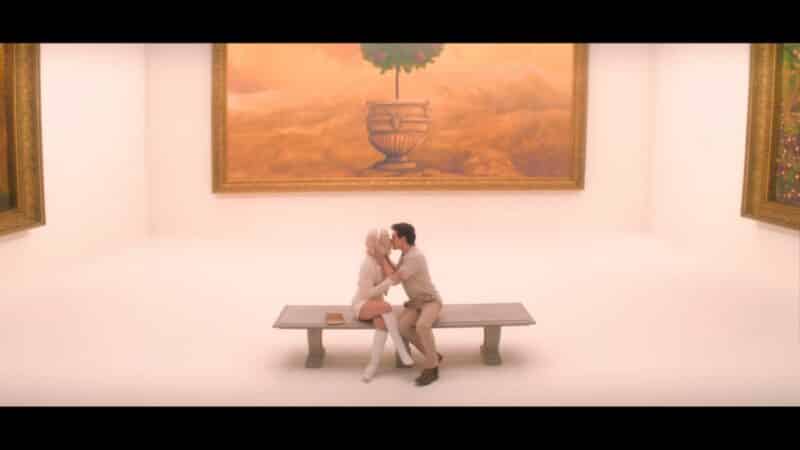 The Fall of Sabrina Spellman

The bane of Chilling Adventures of Sabrina was that either the villains were always made weaker than hyped up, or Sabrina’s strength was raised to overpowering levels. However, this time that wasn’t done. They didn’t tap into Sabrina S having the body of Sabrina M and thus, the Queen of Hell’s body. Rather, they maintained she was still a witch, but her soul is where her magic came from. So she didn’t get a miraculous power boost in the end – she simply bled out. 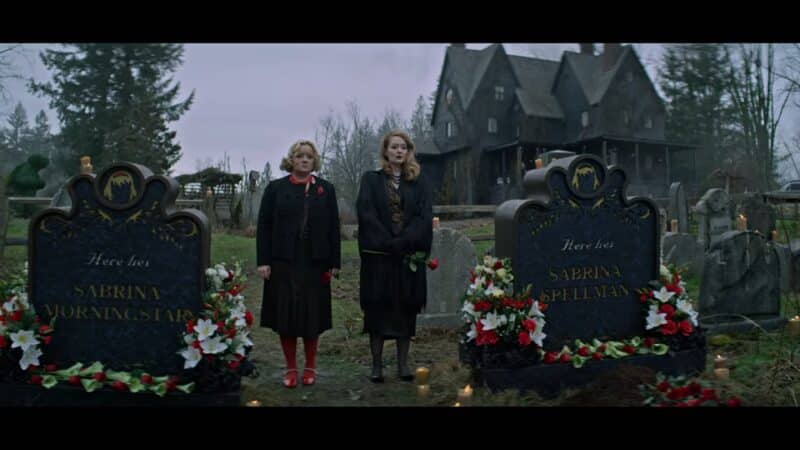 And really, while it does kill off the opportunity for movies and possible revisits of the series with the same characters, putting a stake into the show’s heart meant closure. For while there remain questions left to be answered, none feel important enough to not see this as a definitive ending.

The Celestial World Staying Out Of It

Actually, that’s a lie. With Lucifer dead, and Lilith coming into power, with no support from The Kings of Hell, so comes imbalance. Add in not seeing Caliban make it out of The Void, and it further pushes you to wonder if the Celestial World, which was featured for but an episode, would take advantage of the Pyrrhic war humanity and those of Hell have just waged? I mean, an angel was killed, and nothing came of it. Much less a high ranking angel!

So, while the two did fight together multiple times, and we see Prudence console Ambrose, they didn’t get back together officially. We got to see Nick kill himself to be with Sabrina, but a living, breathing, best chemistry of the whole show couple couldn’t share a kiss? Not even hold hands, and then Prudence talk about chopping her father up and spreading his body across the world?

From how Lilith is going to be Queen of Hell, to what happened to The Endless, did Caliban make it out The Void, and so much more, it felt like a lot was left unanswered. Heck, even though mentioned above, there is also the question of where were the Celestial beings? Also, considering there was talk of the world of the Fey, why didn’t we see that amongst the world ending apocalypse?

Overall, it just seemed weird that for such a cataclysmic event, it wasn’t all hands on deck, and with this being the last episode, there were things left unclarified. Which for those who enjoy fan fiction, it will allow them to continue the story CAOS started, especially if it isn’t in tune with the comics. But, for those who stick with what’s canon, it’s a frustrating end for a decent series.

The Celestial World Staying Out Of It - 64%

The Fall of Sabrina Spellman - 85%

The way the series finale is handled for Chilling Adventures of Sabrina creates a definitive ending, but not one that will be pleasing to fans since it holds few if any, sweet ways to send them off.