Before Simon’s planned departure, he causes great trouble for the Bridgerton family. Though, not to be outdone, a few others find themselves in quite dramatic situations.

The Gift Of Being Second Born – Benedict, Henry

With Anthony expected to manage the family’s fortune and title, it means Benedict can do art and not necessarily be a rake, but certainly live a bit more freely than his brother ever will be able to do. Yet, like his brother, you may notice Benedict isn’t necessarily trying to marry anyone. Which does make the proper acquaintance of Henry, a famed local artist notable. 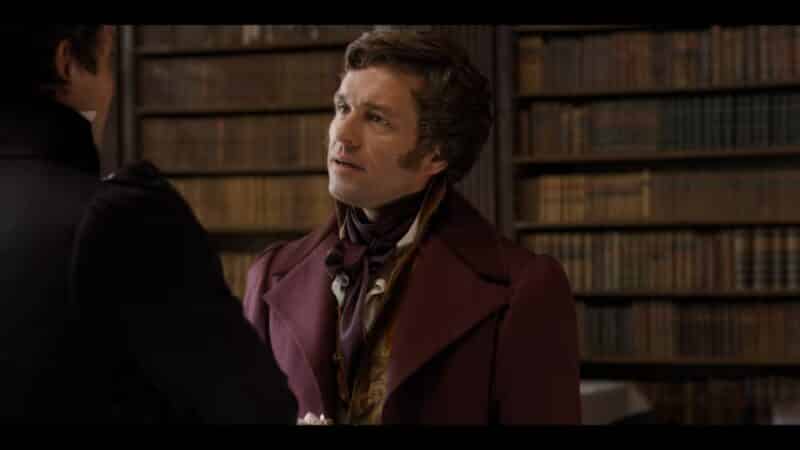 Mind you, we’re not going to say Benedict is gay or anything, but considering diversity is a key point of all Shondaland productions, surely you were expecting at least one homosexual character. Raise your hand if you had a thought it could have been Eloise.

With us only focusing on the Featherington and Bridgerton household and Lady Violet a widow, it has made Lord Featherington the example of how a father should and would act during the debut season. However, between disinterest and his wife and daughters, it seemed like Lord Featherington was simply a man who thought such affairs could be handled by his wife.

However, that seems to not be the case. The truth is, Lord Featherington is in deep debt. Due to this, Marina is in his household, Philipa attracting a proposal is blocked, and Lord Featherington ends up sobbing on Lady Portia’s shoulder. 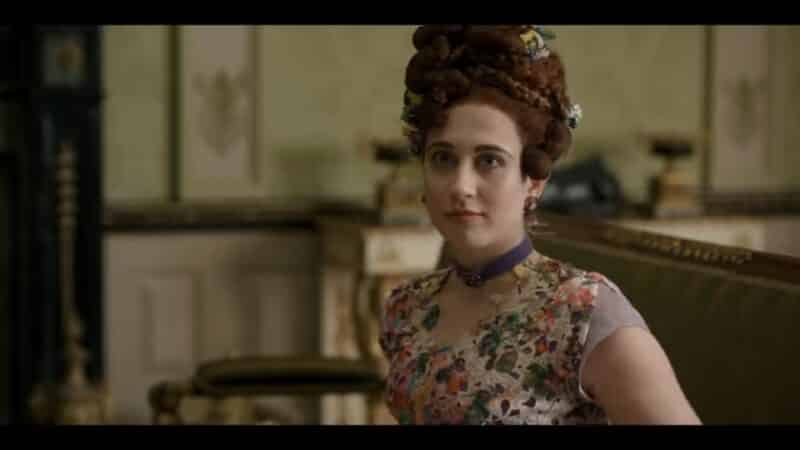 Yet, while Lady Portia burdens this, Penelope is dealing with trying to be Marina and Eloise’s friend, despite neither being a proper one towards her. For if it isn’t Eloise’s obsession with finding out who Lady Whistledown is and putting down the idea of marriage, it is Marina attracting Colin’s attention. Which for Penelope is heartbreaking since the two of them have banter, and he is the only bachelor who has approached her. So while her newest friend needs a cover and deserves love, having it come at a cost for what she deserves is heart-wrenching. Especially since Eloise is no one to confide in.

At this point, the Prince is ready to propose, but something is holding Daphne back. Maybe it is the expectations of being a princess, the pressure everyone has, or knowing that, she may find herself more powerless than she is now? Never mind possibly having to move, and the list goes on and on.

Though perhaps the real issue is she is with the Prince solely because Simon made himself unavailable? For as she sees him at a boxing match, where Simon is cheering on his friend Will, Simon rolls up his sleeves showing his arms. The sight of this leads you to think Daphne would faint. But, the scandal noted in the heading begins at a ball the night Simon was supposed to leave but instead, he tracks down Daphne, they end up alone, and they kiss.

Anthony catches this, pushes Simon to marry Daphne, and a duel is called upon his refusal. Mind you, a very illegal activity, but Anthony is proud and will not hear anything of Daphne’s wishes for this to not happen. Though, for Anthony, this is also seen as an out. After all, if he wins, he will have to go on the run, and with Benedict alive and well, he can run the family’s affairs, and Anthony can run off with Siena.

Though on the flip side, if he dies, Siena can still be taken care of, and considering the sex they have, so could a possible baby. But, in the long run, while Anthony does fire a shot, no one dies. Rather, Daphne shows up, nearly shot trying to stop the duel, and learns Simon can’t father children. Why? Well, that isn’t gone into but to stop the madness, and perhaps because it doesn’t matter to Daphne as of now, she says she is to wed Simon.

The Featheringtons Are Interesting Now

While there still isn’t a strong need to note Penelope’s sisters, we will admit the family’s financial situation does have our interest piqued. This is mainly because watching a house like theirs fall could be quite fun to watch, especially with a woman like Lady Portia, who is very proud and surely will not go down without a fight. Even if it means selling her daughters off and securing a life for herself, and leaving her husband behind. After all, as Penelope said, there isn’t really any love there.

The Need To Question What Happened To Simon?

Simon’s thing about marriage has long appeared to be to spite his father. However, what if it was something medical? Heck, considering he is a known rake, what if it was an STD or something else? The topic of men not being able to have kids isn’t really spoken of much since the amount of shame most men would have about their penis not doing what is expected is extremely high. So maybe Simon can be more than a pseudo-bad boy with daddy issues?

Benedict’s Profile Has Been Raised/ Will We Soon Have A Confirmed Gay Character?

Seems like everyone is trying to be more than a sibling and actually be notable here. Though, to be honest, the only thing that draws us to Benedict is that you know, amongst this season of hetero characters, someone has to be gay. If it isn’t Eloise for Penelope, it must be Benedict for Henry.

This isn’t to say Eloise can’t be anti-marriage and who she is without acting as if she is queer-coded or that Benedict’s interest in the arts, or Henry’s, means there has to be something there. More so, while the show utterly lacks Asian and Latinx characters, the idea it isn’t going to have one gay couple by the end of season one seems highly unlikely. So outside of Simon coming out as bi-sexual, there are very few who can fit the bill, and seeing how the show handles a gay person in the 1800s is definitely of interest. 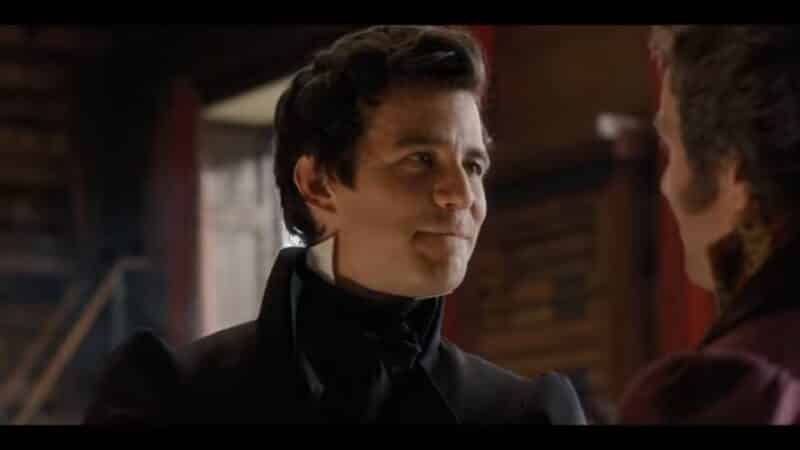 Not Wanting To See Penelope Suffer

It’s amazing that we can make up a world where the Queen of England is Black, who rises up multiple people who look like her into high society, and no one bats an eye or whispers a thing, yet we maintain this idea that not being a skinny girl makes you unattractive. We can shift so many narratives and create historical fiction that makes you raise an eyebrow, yet we maintain this idea that girls who look like Penelope will still remain second fiddle, and no matter how charming, their looks will hold them back.

Now I get this based on a book, one which is very popular, but considering how much diversity of stories, culture, and what have you is expected with Shondaland, it makes how Penelope is treated utter trash.

Do we really need to know who Lady Whistledown is? I get Eloise wants a role model, someone who forged a path for her to hopefully follow, but like Gossip Girl, it is always more fun not knowing who the narrator is as we hear their sarcasm and wit. And really, having anyone besides Julie Andrews show up would be an utter letdown.