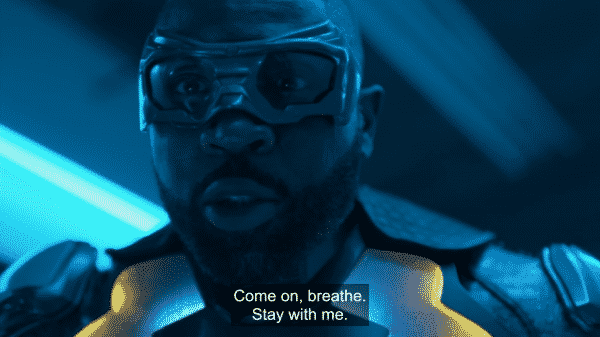 With Lady Eve and Gambi trying to maintain this balance of power they created, people die and one, strangely, comes alive.

The way Gambi and Lady Eve talk, you’d think she was the head of the Shadow Board and he the head of the police. But in reality, they are just people with immense influence using one key figure to maintain that power. For Lady Eve, it is her big seller Tobias and for Gambi, it is Black Lightning and now also Anissa. But, with Tobias becoming a bit too much for Gambi, and Lady Eve agreeing he isn’t taking his warnings as he should, it is agreed that Joey can be an example.

Which Gambi doesn’t push Jefferson to do. Nope, to help remind you of who Gambi is, beyond this tailor with vast tech knowledge, he kills Joey and his crew in cold blood. But not before leaving a gold coffin with white dust so that Tobias will know Lady Eve approved this killing. 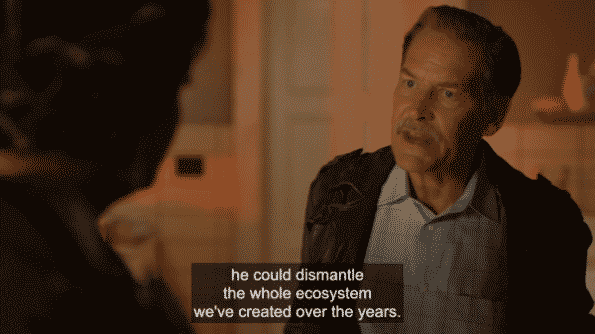 Though it came as a bit of a shock, no pun intended, Gambi showing he isn’t just using Black Lightning as a sort of tool was necessary. Especially after his conversation with Lady Eve since it really made it seem Gambi was an unofficial member of the Shadow Board. One who made it so Black Lightning took out any of the up and comers who got a little too bold and could possibly disrupt the status quo or “ecosystem” as they called it. However, with Gambi handling his own dirty work, it not only boosts his character, in the form of making him seem bad ass but also makes it where we, as an audience, may have less of a need to side eye him in regards to his interactions with Jefferson and his family.

With Lynn being attacked and Anissa revealing her powers, things have become a bit odd in the Pierce household. On one hand, Black Lightning having someone to watch his back, and not do so from a distant, safe, and secure location, will probably keep Jefferson safer. Yet, at the same time, it is Anissa. She can be rash, is stubborn, and she is Lynn and Jefferson’s firstborn. Naturally, they don’t want to lose her to The 100 or have it where, in her young life, she has to sacrifice her medical career, teachings, or even her personal life for others.

Not that they don’t support the idea of contributing to something bigger than you, but sacrificing time and maybe money is a whole lot different from sacrificing your life. Yet, there comes a point where it is realized, it is better to stand next to Anissa, guide her, and watch out for her, than tell her no and assume she’ll listen. After all, she has been stubborn since she was a baby, why would she stop now?

Especially considering her mother was attacked, for something which seemingly was unrelated to her grandfather’s research, but with Mr. Poe dead, perhaps I’m speaking too soon. After all, Lady Eve did say she wanted to know what Lynn was looking into. But whether that dealt with Jefferson’s lab results or what was in Jefferson’s father’s box, either wasn’t made clear or I may have, admittedly, forgot.

With us seeing Jennifer has powers, and Anissa and Jefferson having powers, you have to wonder how the show is going to balance things out. Tobias is formidable but with his people only having gun skills, he is at a disadvantage. Yet, who knows what the people of the Shadow Board may have at this disposal. Which I figure, within the next few episodes, will certainly be revealed as Tobias decides he is tired of Lady Eve threatening him.

Tobias is a bit of a hot head, but Tori often times knows how to channel her brother’s anger into something which is productive. Like how to handle Lady Eve sending another message. So, alongside opening up his 555 Jazz club, he planned out a hit on Lady Eve. One which, with his assailants having guns which shoot out streams of electricity, would make it look like Black Lighting killed Lady Eve. Which, with only some knowing her more insidious present and past, of course makes him look bad.

But, to add onto that, thanks to Detective Henderson, Jefferson knew about the opening of Tobias’ club and he goes to attack him. He doesn’t get him, of course, but with bullets flying and Jefferson shooting off lightning bolts, this leads to Tori being shot and dying. Meaning, the sort of filter of Tobias’ madness has died, Lady Eve is dead, and now there is a power vacuum. One which will, hopefully, push the Shadow Board to act. 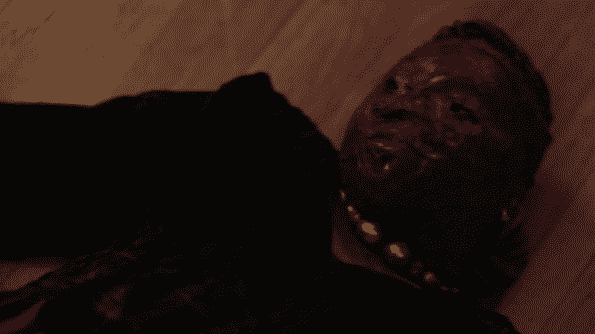 While I will hate to see Lady Eve and Jill Scott go, since you don’t see many Black female villains, she played her part well. To the point, I hope they pull a Gotham[note]A show in which no one stays dead[/note], or do like they did with LaLa, and revive her. That thought aside, I wonder if the show may now keep Tobias as the sole villain, maybe featuring LaLa, or perhaps finally may build up Syonide to be more than a practically silent henchwoman?

For I truly believe this show wants to match the strength of its female heroes with villains to match. So between Syonide or the Shadow Board, I definitely believe Lady Eve is going to be substituted for another formidable woman. Since, let’s be real, even if you may not agree that women run this show, they undeniably have the kind of influence which definitely makes them major players.

The Resurrection of Lala 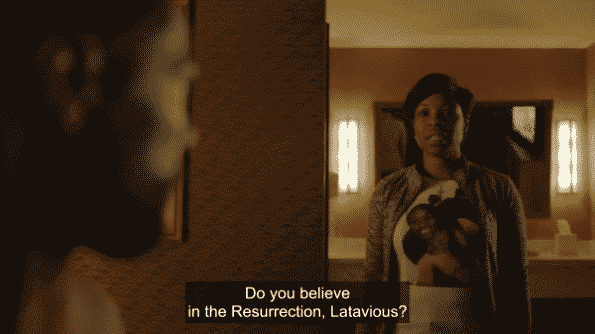 For reasons unknown, and don’t make a lick of sense, Lala has come back to life and somehow the ghost of Lawanda is involved.