As Gambi’s secrets slowly are revealed to us, Jefferson comes to a crossroad of whether or not he’ll officially become a murderer.

Now, on top of Lynn “cyberbullying” her, Kalil has joined in on the fun. Mind you, this is before Jennifer talked to him about taking a break or even dumping him. This is all Tobias’ doing as he plants seeds of hatred and talks about how, despite a severed spine, he’ll get Kalil to walk again. But, to Jefferson, this pain might not be as big of an influence on Kalil as Jennifer thinks. The person who blames her for becoming paralyzed might be the Kalil she knew all along. It is just pain cut the BS and revealed his true self.

On A Collision Course: Part 1 – The Truth Revealed: Anissa, Lynn

Anissa has come to a point in her research where she has hit a roadblock. While a med student, there is only so much she knows and understands. Plus, with her still acting as some kind of superhero, one which now takes down confederate statutes, she, more than ever, wants to understand what is going on with her. For that is the only way to be firm on what direction her life can and should go. Making it where her amazing doctor of a mom is the only one to turn to. Unbeknownst to us all this time, one of the reasons Gambi seemingly is protecting Tobias, or at least trying to redirect Jefferson’s wrath, is because he has an agreement with Lady Eve. One not fully laid out to us but at the very least it seems that in exchange for not messing with Jefferson, and his family, Gambi is supposed to keep all the information about people like Jefferson and Tobias under wraps. Something that is increasingly becoming hard as Anissa digs into everyone’s shared past by following up on her grandfather’s work and now involving Lynn into things.

Which is what triggers Lady Eve getting involved with the Pearson family since Gambi isn’t holding up his end of the agreement. For with Anissa, as Thunder, hurting two of Lady Eve’s men, red flags pop up over that and the research Lynn was doing – that Lady Eve just wanted a look at. But, with Thunder beating up Lady Eve’s men, and then Black Lightning soon coming after and thinking Thunder is a villain, they face off. I’m talking about a real fight in which, while Lynn may have talked Jefferson down from being a killer, it seems whatever frustration he has from not taking out Tobias where he could, part of it Anissa is hit with. Ultimately leading her to be knocked out.

However, rather than do some eye-roll inducing nonsense of Anissa being knocked out and having convenient short-term memory loss, everything is out in the open. Well, at least in terms of Lynn, Jefferson, and Anissa having powers. Gambi and Lady Eve both being former Agency members who went onto two different paths, seemingly that will stay between them. With Anissa being revealed as someone with superpowers, we have two very interesting storylines coming up. The one of most interest to me, is the genetic factor. Since while it is explained to us how Jefferson’s powers work, through his brain’s neural network, hence the headaches, how he got the powers in the first place is still unknown. Was he part of the experiment which made Tobias nearly immortal? That isn’t clear.

What is clear though is whatever happened to him, it altered his DNA to the point even his offspring, like Anissa, and maybe Jennifer, are affected. Leading to the second storyline of interest which is Thunder and Black Lightning joining forces. Which is interesting since Lynn can barely handle Jefferson fighting crime, so now her daughter as well? And while Jefferson is a hot head, Anissa arguably has a stronger need for justice which will draw attention to her true identity. I mean, both are already solving their normal counterpart’s issues with their superpowers. So it really is only a matter of time before someone sees through those ridiculously small masks and exposes them.

But, lest we forget, there does remain the question of the samples Anissa gave Lynn and what the results are. With Lady Eve being curious about them, or not wanting them in Lynn’s hands, clearly, they are of importance. I mean, Jefferson’s father died because he reported it. So there goes another topic to go into. Especially if Lynn shares these results with the larger medical community.

What Is The Agency?

Thus far, the agency has just been something Gambi used to be part of and explained all his tech knowledge and detective skills. However, with it being revealed Lady Eve used to be part of the same agency, now there is a need to question what this agency did and how were these two involved? Especially in terms of whether the agency was a bad organization which Gambi is using his knowledge from to compensate, or it was a good organization which just happened to produce a criminal.

I mean, there are a whole lot of different angles which could be birthed from this, assuming that the agency is ever dived into. 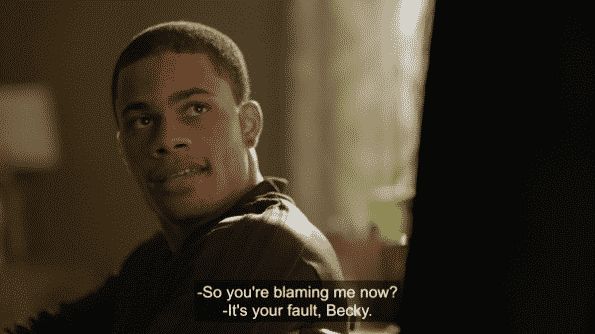 Jennifer’s storyline is still very much rooted in teen drama and really the only silver lining is Jefferson and Anissa’s talks with her. Outside of that, her being cyberbullied and the whole Kalil situation, the nicest way to put it is that it is unfortunate. And yet, you realize that Jennifer remains necessary on this show for she is what will keep roping Jefferson back to his school and reminding us of his presence there. Much less, it gives Jefferson the ability to show himself as a father in a way that Anissa doesn’t particularly need as much.

Though, this could all turn around. Tobias and Kalil’s relationship is weird, but with Kalil being so quickly turned and there being promises of power and walking, so comes the question of whether Tobias can make more people like him and Jefferson. Much less, if to combat Black Lightning and Thunder, if he may make an army which begins with Kalil being one of his soldiers.