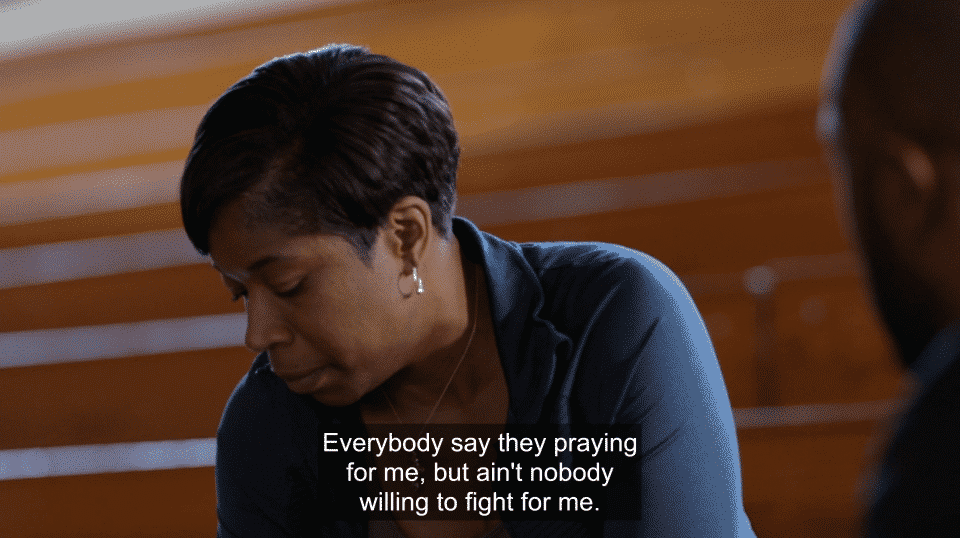 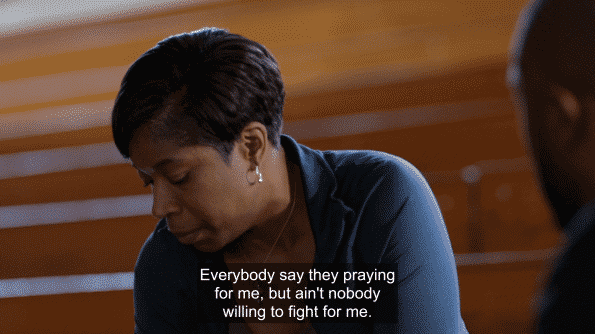 Black Lightning pushes what you expect from network TV, hell the CW, as it throws us some unexpected deaths to push Jefferson to accept fate.

Episode Focus: Everybody Say They Praying For Me, But Ain’t Nobody Willing To Fight For Me | Jefferson, Lynn, Henderson, Will, Tobias, Lala, Gambi 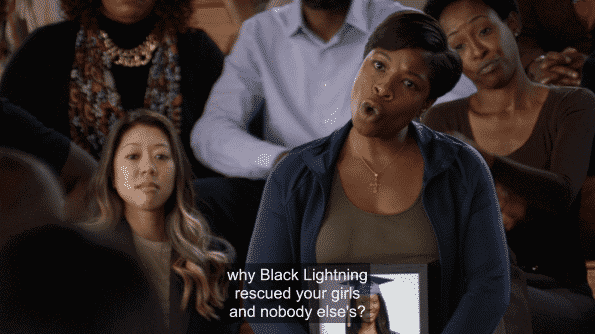 With Jefferson getting his girls back, LaWanda questions why his kids and not her Shaquandlyn? How come she still up in the Seahorse being done who knows what to? As you can imagine, this puts a bit of a weight on Jefferson and really pushes the idea further that maybe Black Lightning has to come back. Yet, he is so close to getting Lynn back. She is in the house, working remotely there, they kissing like they used to, but she doesn’t support this. She is not about Jefferson feeding into his “addiction” and going back to fighting crime.

Yet, what else can he do? Talking to Lala is clearly not working anymore. The man has shot and killed Will, shoots LaWanda for getting in his face, and whatever arrangement Lala had with Jefferson? Well, as soon as his girls’ mentioned his name to the cops, Lala ended that arrangement. So, Black Lightning had to come out of retirement again, with of course Gambi egging him on, and he whoops Lala and has a short reunion with Henderson. Someone who doesn’t seem to be the Commissioner Gordon to his Batman, but surely that mask barely covering his face may soon reveal who he truly is.

But, before moving on, let’s note Tobias, seeing how reckless his boy is acting, walks up into the police precinct, where Lala is being held for murder – since LaWanda setup her camera to record her whole confrontation with Lala – and he straight up chokes him to death. Showing that perhaps the reason why The 100 own the streets, is because they own the cops who are supposed to be maintaining the peace. However, all they are maintaining is steady income coming in and the status quo. 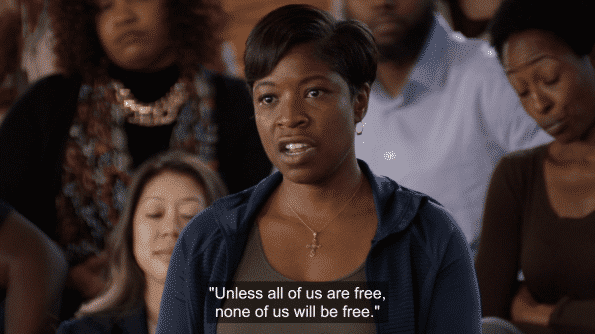 I really wasn’t expecting as many deaths as we got. Will getting popped, LaWanda killed, and Lala? Then, on top of that, Lala took both of those two are on some gangsta s***. There is no other way to put it. Will was messing up his freedom and pissing off Tobias, so a bullet to the back of the head. LaWanda was being annoying as hell, got this camera in his face, so fire off on her too and keep moving like he shot a rat. This cold-blooded killer vibe is like something you’d expect if this was HBO or Netflix. Not the CW. Not the home to shows which cater to… well, it has been so long I don’t even know what CW’s demographic is anymore. Those who can’t afford cable but want sci-fi and fantasy shows? Maybe with a few shows FreeForm even wouldn’t touch?

Either way, considering talks this might be in the Arrow-verse, now I am questioning whether I should catch up on all the seasons I didn’t watch in preparation for a crossover [note]I’m not doing that.[/note].

While most of the focus is on Lynn and Jefferson’s hot and cold relationship, with Kara making a quick appearance, perhaps the most interesting relationships are Anissa and Jennifer’s. Reason being, we learn Anissa is queer! However, whether she is out and about, that is a whole other story. I mean, her parents know, but seemingly haven’t really gotten to know Chenoa. The same goes for the other side. Chenoa’s folks seem to know she is queer but as for really getting to know her girlfriend? Excuses all around.

But, when it comes to Anissa and Jennifer, what you can’t deny is that their relationships are cute. Especially this new one between Jennifer and Khalil, who is a boy touted to be an old friend finally stepping up since Jennifer almost got killed – more so turned out, but close enough. And it seems he might just be what she needs since it is becoming clear Kiesha is not the best influence.

I love how the girls’ relationships just slipped in all natural. We didn’t see Khalil what so ever in episode one, and if we did he was certainly not memorable, yet him asking her out seemed like a long time coming. As if we have been waiting for this dude to stop stammering and missing his moment and say something! Plus, I love how both of Jefferson’s kids are with Black people. Call it bias or what have you, but I’m so happy to see Black love in all its forms. Be it queer, strained and difficult, or young puppy love.

Though, this queer example I quite wanna see develop. Especially since I’m wondering if it may allow us to understand what Lynn went through when she discovered Jefferson’s powers and came to a point when she couldn’t do it anymore.

Speaking of powers, Anissa makes her first save and it, unfortunately, is in front of another person. Yet, with this power she has, you can bet she is going to pick up where Black Lightning seemingly left off. After all, if you are going to be an activist, sometimes marching and petitions can’t be your only means of fighting. Sometimes, some people got to catch some hands.

I wonder, genetically, is Jefferson and Anissa of the X-Men ilk? I know this is a DC property, but I’m quite curious how powers get passed down and through genetics, change. Also, how do their powers work? Is Jefferson causing the nerve signals which go to the brain to overreact to create a charge and Anissa is doing something similar but instead stimulating her muscles to superhuman levels? Here is hoping there is a nerdy YouTuber who can explain this.

Everybody say they praying for me, but ain’t nobody willing to fight for me.