Black Lightning: Season 1/ Episode 12 “The Resurrection and the Light: The Book of Pain” – Recap/ Review (with Spoilers) The battle for Freeland has intensified as new defenses against Black Lightning have been made and it seems he is becoming heavily outnumbered.

With a brand new spine and locks which came from some regeneration pills, Khalil seems back and better than ever. However, while he can walk again, thanks to some warnings from Jefferson, things don’t immediately return to how they were before his accident. But, for a little bit, it seemed it would. Heck, thanks to misinterpreting what her mom said, Jennifer even thought Lynn found a cure for her powers. If not was at least in process of finding one.

An idea which, after a passionate lovemaking session, and talks of officially getting back together, becomes a bit endangered.

Did anyone else get slight Static Shock vibes with those locks? Granted, Khalil isn’t named Virgil, and doesn’t have electric powers, but wishful thinking, right? Almost as wishful as Khalil and Jennifer getting back together. For you know part of the reason he wanted to rekindle things was because they were days away from losing their virginity together. So don’t let your mind think it was something sweet or innocent. That dude was just mad being crippled took that away and now that he is back and better than ever, it seems the offer was rescinded.

With that said, you got to wonder how, with Jefferson’s powers, sex is? Especially considering, with a low current, he could probably make all your nerves tingle and give you an outer body experience with just a touch. A strange and very dirty idea but, considering the way Lynn’s skin was lightning up, you know her leaving him, a good man whose hero complex is his only issue, must have been hard as hell.

Khalil’s, first of its kind spine, and Lala being brought back from the dead – These things don’t come cheap. Khalil’s surgery, which took place in California, cost millions and Lala coming back to life? Well, it isn’t clear how the hell that happened. All we know is that when Tobias says, “The Devil Deals The Cards” that Lala ends up in his full control.

Also what we know is that Tobias no longer is fine with just having a seat at the table, alongside Proctor, he wants the whole damn table. Something which he plans to have Lala help him with. As for how, well…

There comes a serious question of how much money and how connected Tobias is? Because of how the show presents itself as being within a dome, it makes the idea of Tobias having outside contacts foreign. Especially since he might have been a politician, but has long since been disgraced and was made into a drug lord. One which barely could get his own front off the ground. So him taking out Proctor and the ASA, paying for Khalil’s surgery and bringing Lala to life, there has to be a partner missing from all of this. Not to downplay Tobias’ skills or ambitions, but I can’t believe Lady Eve was all that was keeping him from doing this. Even if you add keeping his sister safe, surely the idea those two things were stopping him from making major moves seems fishy.

Which leads me to believe, perhaps when Khalil attacked the high school, what those kids were injected with was Green Light. Thus giving Tobias the ability to maybe forget his own army. For while Khalil wasn’t picky in who he shot, it was clear Kara knew nothing about the attack so this wasn’t at all part of Proctor’s plan.

Black Lightning Isn’t The Only One With A Target On His Back: Tobias, Syonide, Jefferson, Anissa, Jennifer, Proctor, Khalil

All Proctor wants is Black Lightning brought in alive since, with him being a product of the “vaccine” and alive, it means something in his blood could help the others stay alive. Now, as for why Tobias, who might be a metahuman, and benefitted from the vaccine, isn’t being looked at? Who knows? Maybe Proctor isn’t as smart as he sometimes appears to be.

What is clear though is that with him wanting Black Lightning, and Tobias not at the point where he can overthrow Proctor and either be head of the ASA, or get rid of them too, he follows orders. Thus leading to Khalil heading into Garfield and causing the type of chaos which leads to Black Lightning and Thunder showing up. Which, to some surprise, leads to a showdown between Black Lightning and Tobias, while Syonide faces off against Thunder.

And the reason Syonide is brought up, despite rarely being spoken about, is because a tear in her sleeve reveals a robotic looking arm. Making you wonder, how much of Syonide is human or not? Though another thing to wonder is, after Khalil shoots Black Lightning with a dart and superman punches him, why did Jefferson die? Could something in that dart be deadly or a vaccine to the original “vaccine?”

Either way, if it wasn’t for Jennifer, Jefferson may have remained dead. However, considering how sloppy she was with running to Black Lightning, and yelling in the halls “Dad!” she may have doomed them all. 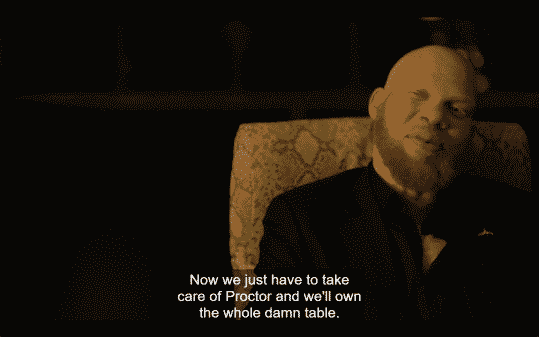 After a certain point, I fully expect a metahuman war. Especially since loyalty to regular ole people like Proctor, it doesn’t exist. People like Tobias are giving people new spines, reviving people from the dead and using keywords to control them. Plus, they are ambitious! But with that in mind, it starts to make Tobias’ obsession with Freeland make no sense. If you are so powerful, why worry about one town, not even city, when you can have bigger populations to rule over? What makes this one place, which is the only one Black Lightning will worry about, so important?

Is it just because it is, or was, a valuable testing ground? Is Tobias’ ego so large that walking away from one failure to go for a grand success isn’t something he is capable of? As the villains’ powers become larger and reach outside of the town, it makes you wonder why in the world are they so worried about this one place in particular?

That thought aside, what exactly is Syonide? Have we ever heard her talk or do anything besides watch and be this, honestly, slightly inept bodyguard? I mean, when Tobias’ life was on the line, she didn’t save him or keep his sister alive but a minion got killed for just killing one of them? That made no sense.

And speaking of things not making sense, Jennifer is aware of how much danger the family is in yet she is yelling to Black Lightning, “Dad!” Does she not know the school has cameras? I know she has yet to see what Gambi can do but Anissa didn’t think to tell her to quit being loud about that? Granted, Jefferson being dead was a bigger deal, which in itself remains weird how that happened, but come on now… 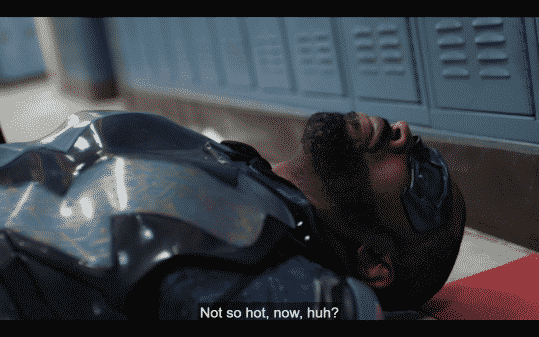