Sam plans a family trip to England and, as to be expected, there are a few bumps in the road.

Heading to England is a pilgrimage that Sam is quite excited about. She has Duke videotape her getting her dual citizenship, arranges with Chaya and Tress to watch the animals, and coerces her kids to get their passports ready. Which, for Max, is an easy thing, even Frankie, despite them being mad about something (maybe their gender on the passport). However, Duke, with their passport showing them as a child, makes it seem that the passport is gone or destroyed, but, thankfully, Max reveals that is a lie.

But, getting the animals a babysitter and getting the passports is but part one of Sam’s troubles. Part 2 is packing, and that is complicated by everyone, from Lenny to her brother Cope, to Cope’s boundary voiding girlfriend Yancey being touchy-feely and saying so many inappropriate things. It’s all too much and keeps Sam from doing what she needs to do, but while able to say no more than before, she doesn’t find it within herself to push boundaries this time. Even though packing clothes for her trip gives her anxiety.

Though, she isn’t alone in feeling anxious. Max feels a bit lost, and Frankie notices that Max struggles to be herself with all of Sam’s friends and associates around. Which, at first, comes off in the usual harsh Frankie way. However, when Max starts breaking down, Frankie switches it up and becomes nice to their sister, and even decides to use this as a bonding moment since Max is better at packing than Frankie.

Flying is a pain. Flying internationally makes it worse, but combine that with a restless kid, a man who doesn’t understand that, Frankie who is a pessimistic flyer, alongside Duke dealing with a frightening kind of turbulence? It’s a bad combination. One which Marion isn’t much help with since he is enjoying first class.

Phil, surprisingly enough, is better help, with at least calming Duke down. She even helps reassure Duke about her abilities to communicate or see otherworldly people.

Acknowledgement From Frankie That They Go Too Far

Frankie can be an ass. Let’s be very real, and Frank (no pun intended) about that. However, as shown, Frankie isn’t oblivious. If Frankie sees themselves as kicking someone while they are down, they’ll back off and show themselves to have more emotional intelligence than they sometimes exhibit. Which we’ve seen when Duke got their first period and now with Max.

The only question is, will Frankie ever be this way with Sam since it seems they don’t make as quick of a turnaround with her and have to be guilt into acting like they have any sense.

With the whole family in a bit of a rut, new scenery, with no safe spaces, could be what is needed. Sam, with her career, is in this weird space of wanting to work but not being sure doing what. Max, with being back at her mom’s house, isn’t sure what her next step forward is either, and nothing is really popping out at her to give her a sign. 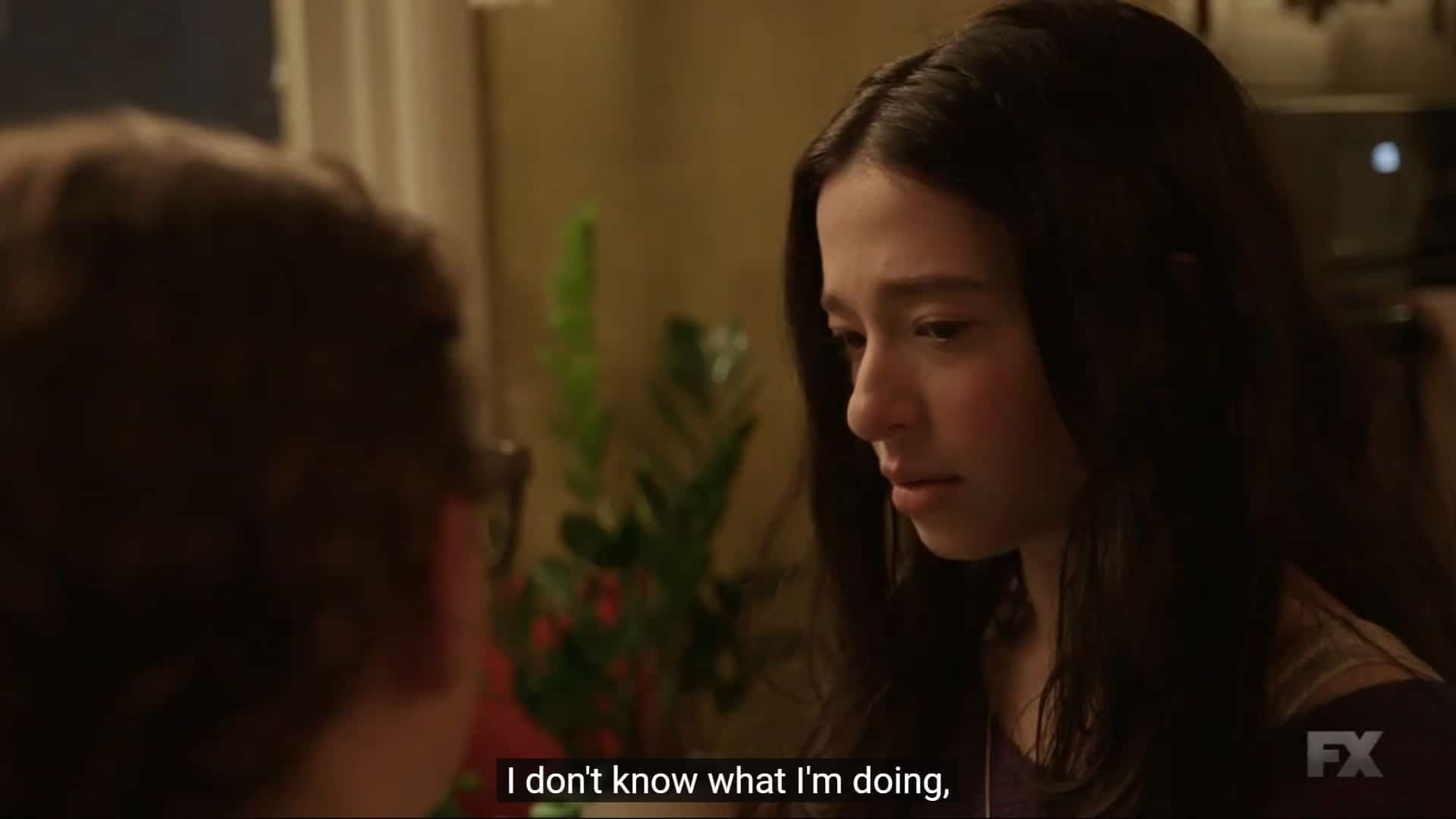 Frankie? As mentioned in a previous recap, Frankie seems to know they are loved and have access to people and varying communities. However, like Sam, there is this vibe that while Frankie can provide a safe space, love, and encouragement, Frankie is a welcomed guest more than a full-fledged member. For while they have their Rich in their fake boyfriend Jay and long-time friend, Jerza, it seems something is still off to Frankie. Almost like they are performing more than being themselves, and with trying to avoid their individual problem, they can all too clearly see everyone else’s.

Lastly, with Duke? While writing has become their passion, it isn’t clear yet if they may do something with it in the long term. But, like their siblings, Duke has the privilege of having more time than they need to figure things out. The only question is, what will be the “A-ha!” moment, and will it come soon or require tragedy?

Better Things: Season 5/ Episode 8 “Jesus Saves” – Recap/ Review (with Spoilers)
Overall
With a change of scenery on the horizon, so comes the question if a vacation may have been all that was needed for the Fox family to get out of the ruts they are in.
Highlights
Family Trip!
Acknowledgement From Frankie That They Go Too Far
Disputable
83
Follow Wherever I Look on Twitter and Instagram, Like us on Facebook, and Subscribe to the YouTube Channel.