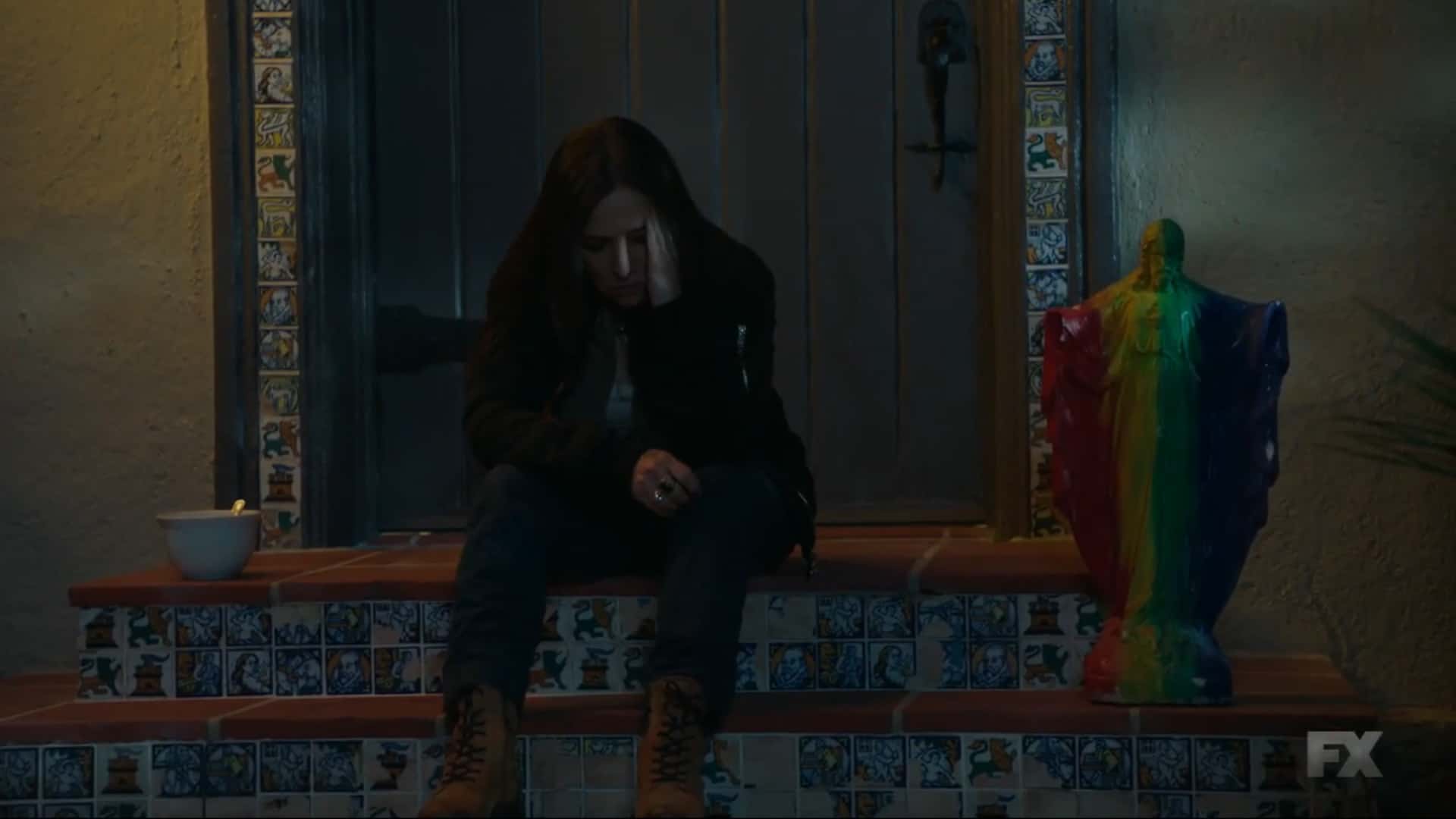 Sam has come to the point of no longer just taking it on the chin and finally has someone in her family that doesn’t think she is always overreacting.

After some heavy breathing and struggling with getting up a flight of stairs, Duke and Frankie are a bit worried. So with that in mind and her being due for a check-up, Sam talks to Dr. Babu about this, and from what he sees, she is physically fit. Probably needs to head back to therapy, as he recommended last time, but we saw what came of that.

Why Are You All So Committed To Stressing Me Out? – Phil, Duke, Sam, Frankie, Max

With Phil’s friends mainly available to her on ZOOM and her not really savvy with her tablet, Sam makes an effort to make sure she and her kids go see Phil, even if on a Saturday afternoon. This starts off nice since Sam cooked quite a bit, but it turns sour quickly. Phil reveals she got chicken for people to eat, which quickly gets everyone’s attention over Sam’s meal, but the kicker is Phil bringing out Xander and Sam’s wedding album. With that, Frankie and Max are amazed, and Sam is immediately uncomfortable to the point of protesting.

This isn’t taken lightly, and it seems neither Max nor Frankie care, and Frankie makes a concentrated effort to enrage Sam to the point she has to leave the room. Duke, who sat there and watched, decides to go off on everyone over what happened. She goes after them all for not caring how Sam felt, and even Phil for knowing how Sam feels about Xander, yet deciding this would be the time to take out a book she knows would get a negative reaction. 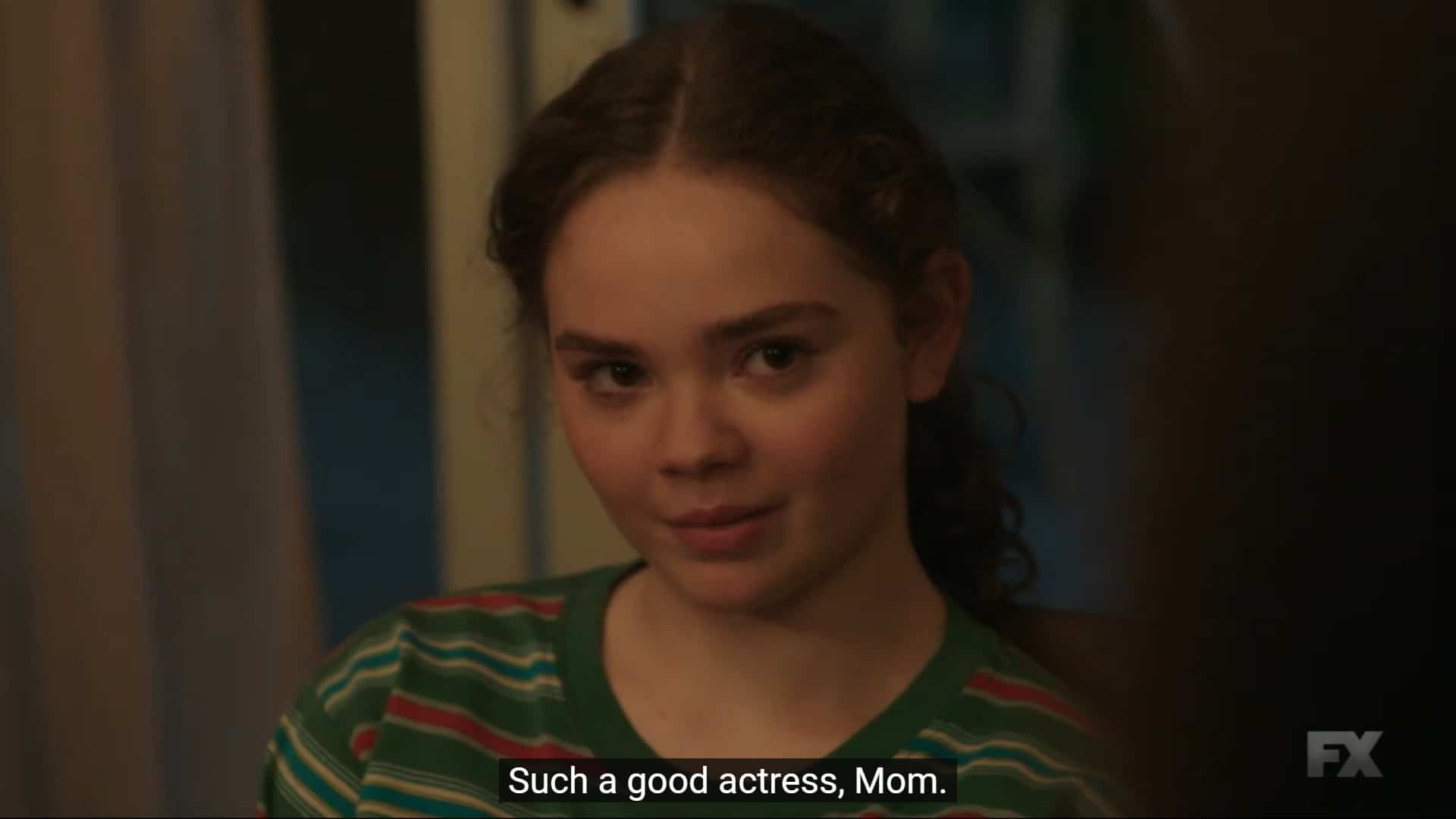 But the annoyance doesn’t end there. When Sam comes over at a later date, not only does Phil not apologize for what she said and did, she actually thinks, while Sam is out talking about going to San Francisco, she is going to tag along! Sam shuts that down, and of course, Phil tries to go back and forth with her, but then Sam goes off as Duke did, and with that, Phil backs down and taps out.

While Frankie is quick to go to battle with Sam, it seems Duke got to them, and with that, their peace offering is a green smoothie, for Frankie wants Sam to stay alive. On top of that, they give a proper apology, and with that, there is peace. Well, after Sam tries to get around Frankie to get coffee rather than drink this green juice they gave her.

Duke Standing Up For Sam

Yes, Duke is the youngest, a teenager, and a tad bit spoiled, yet she is also the only one who has consistently given Sam reciprocity. She is the first one who will stick up for Sam, say she loves her cooking to her face, and show as much as she is dependent on her, she isn’t just trying to take and disregard how Sam feels.

This episode is the best example as Max, despite being the oldest, knowing full well what Xander did to Sam, says nothing to squash the situation. Frankie, who knows all the terms for trauma and claims a level of intelligence beyond your average person, gaslights Sam and shows how feeble their emotional intelligence can be. Yet Duke, who is barely a teenager, and has a good relationship with Xander, knows better than to coerce Sam to potentially see pictures of herself with Xander on their wedding day. Duke, who often is envious of her siblings, is forced to realize as attractive as they may physically seem, personality-wise, Max can barely stand up for anyone, never mind herself, and Frankie? They are beyond passive-aggressive. They are just an ass who seems to love pushing people’s boundaries and not taking accountability for how far they took them.

Sam Standing Up For Herself

As said before, Sam is the type who wants to give her kids the kind of family she wanted. Sam wants her kids close to their grandmother, seeing their uncle when possible, and have chosen family members they can go to and see beyond an honorary status due to Sam giving them such. Sam wants them to see Rich and others as people they chose to be like a second father, mother, an aunt, etc.

The problem is, Sam is sometimes the only one invested in doing such. With Phil, in particular, Sam wants to have that mother/ daughter relationship where they can hang out and just enjoy each other’s company. However, Phil is like Frankie and not only knows what Sam’s buttons are, but likes to push them to get a reaction out of her, and then gaslight Sam by making her seem dramatic due to her response.

But, I think with Sam increasingly going off on people, and finally, someone like Duke realizing Sam isn’t overreacting but growing tired of the disrespect, Sam may finally get this dream she has part of her reality.

Better Things: Season 5/ Episode 5 “The World Is Mean Right Now” – Recap/ Review (with Spoilers)
Overall
With everyone getting older, the patience for how things have long been shrinks more and more, and it isn't just Sam when it comes to her kids or mom. Duke stepping up could be the turning point of everyone realizing Sam isn't dramatic, just bombarded to the point of it being difficult to function and seemingly no one giving the grace she often gives others.
Highlights
Duke Standing Up For Sam
Sam Standing Up For Herself
Disputable
86
Subscribe to our mailing list Follow Wherever I Look on Twitter and Instagram, Like us on Facebook, and Subscribe to the YouTube Channel.