Anne with an E: Season 2/ Episode 6 “Protest Against Any Absolute Conclusion” – Recap/ Review (with Spoilers) 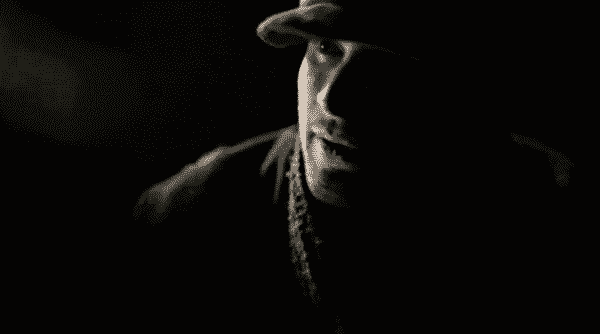 As Anne adjusts to her new haircut, we finally get to see Michael! Also, we get to understand, through Michael, why Matthew likes Anne so much.

The Return of Gilbert and Arrival of Sebastian: Anne, Sebastian, Marilla, Gilbert

Oh, what a day. The first day of Anne’s new shortcut is the day Gilbert returns and add in Josie and Billy picking with her and life is quite terrible. Though Sebastian, arguably, is having it worse. Being that he is from a warm climate, coming to Avonlea in the middle of winter, with Gilbert’s house freezing, is like being in a circle of hell. Luckily for him, Gilbert isn’t too weird about Sebastian wearing his father’s things so while it may not be the same as a good fire, it is better than the clothes Sebastian had on his back.

But, even with Gilbert’s dad’s clothes, one thing doesn’t change: Sebastian skin color. Which in Avonlea is quite foreign so upon Marilla checking on Gilbert, to invite him to Christmas dinner, she has a bit of a shock. One which Sebastian takes well and, out of being polite, the Christmas dinner invite is extended to Sebastian too.

Considering the shock most people have when seeing Sebastian, and a comment made during the Christmas play, it is going to be interesting to see him integrate into town. Though, at the very least, most people seem too awkward about the idea of bringing up his skin so that may protect him. At least, as long as he seems like “one of the good ones.”

Sebastian’s entry into the world of Avonlea begins at the Cuthbert household and while Marilla and Matthew continue with bewildered looks, especially Matthew, Anne approaches the elephant in the room head-on. In a way which could be seen as awkward but by breaking the ice, it makes Sebastian a bit more comfortable. Also, it makes it where, as Anne talks about the Christmas play, which Rachel is directing, with a bit of an iron fist, it inspires Sebastian to join.

Which is quite a blessing because, thanks to Billy, Cole ends up breaking his wrist. Long story short, as Cole drew the art for the play, Billy got jealous of all the attention he was getting. So, just for a scare, he was to just hit the ladder and have it wobble. Thus leading to a snicker and him walking away. However, what ends up happening is Cole falls to the floor and following that, he hits ends up where the audience will be. 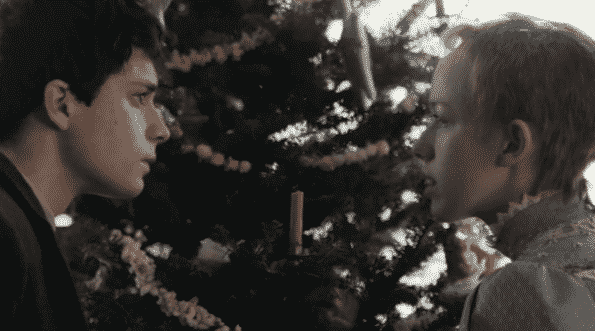 I was so hoping Gilbert would have punched Billy in the nose. Seriously, why is he such a bastard? I get he isn’t the smartest, most handsome, or any of that, but didn’t Josie pass him a note before? Is she not cute or good enough for him? Don’t they both enjoy belittling people to try to prop themselves up?

With that said, considering the Underground Railroad extended up into Canada, the northeast particularly, not far from Prince Edward Island, where the show takes place, it is kind of weird people of color are so foreign. Even in terms of natives, their utter absence seems kind of strange. Granted, European genocide has to be taken into account but Sebastian’s arrival does bring to question why is he one of the first many have seen.

Not to forget this is a rather close-knit community, that doesn’t need to venture far for their needs, but still. Though, as I really think about it, there are some part of the United States, in 2018, where people may not see a Black person, Hispanic, or someone gay, and out, except on television. So back then? PSH!

In case you ever wondered why Matthew has long taking note and admired Anne, the answer is Michael. Though we only see Michael as someone trying to encourage the socially inept Matthew to put himself out there, there is a sort of Anne spirit about him. He comes off outgoing, kind, and encouraging to all those he meets. Even his odd little brother. So, in many ways, it is like Anne is the new Michael for Matthew’s life – for better and worse.

One example of worse being the whole Jeannie affair, who Anne sees this episode and apologizes to, but one of the more positive things is Anne believing in Matthew’s capabilities. Which is how, after either Barry or Billy get knocked out by a mistake, Matthew ends up ending the Christmas play. A shocker to many, especially Marilla, but also a great moment for Matthew. To go from being far in the orchestra to on stage, it is a giant leap but one Anne proved is possible. 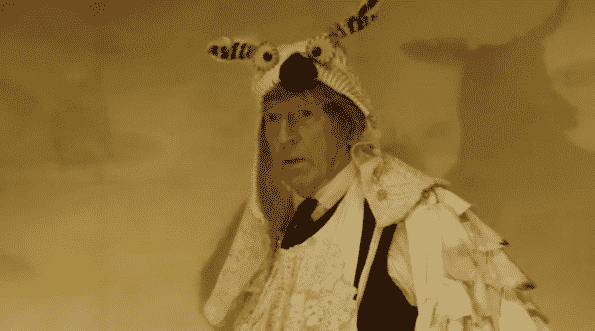 Every time Anne has something which connects her with Matthew, it is hard to not tear up a bit. So us getting to see Anne is the second coming of Michael for Matthew turned on the waterworks full blast. Also, it helps you understand why Matthew became a recluse after he died. Michael was probably the only one pushing Matthew in a way which worked. He got him marbles to make friends, probably coached him on how to talk to, maybe even approach, Jeannie, and with him gone, he lost his lantern.

Now, as for whether Michael did the same for Marilla is the next question. For considering how kind he was to Matthew, maybe he pushed a certain boy Marilla’s way? Made sure they were able to meet and have quality time together? Because, it can’t just be when Michael died Matthew and Marilla had to do extra work to make up for it. Thus leading to the lives they have. There has to be more to it.

Leaving one last thing to note, can we just say how cute Rachel and Thomas, her husband, are? Similar to watching Jerry be both this vulnerable and emotional kid, yet also be a bit machismo, you have to admire a dynamic where Rachel is treated as an equal to her husband. They are partners, he supports her, she helps him make decisions, and even after over a dozen kids, and Rachel being such a gossip, they still find themselves giggling and enjoying each other like they are teenagers.

·       Jerry is really coming along with his writing. He even writes to Anne, in a card, “Merry Christmas.” Meaning the boy is not only bi-lingual in speech but can also read and write in English. Not so sure about French. 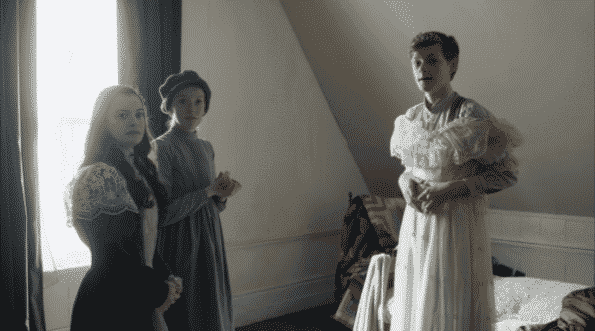 Taking note most of the kids on this show hover around and below 16, is there any reason to make Cole willingly putting on a dress a thing? We got a Black character this season but are we going to get a possibly queer one as well? Not to automatically associate Cole wearing a dress with him being on the spectrum, but television doesn’t really give anyone but children range in their self-expression. Usually, if you are a teen or beyond, if you do something feminine then you have been set on a path. There are rarely, if ever, men who are comfortable in their sexuality, maybe even flamboyant, who come out as straight.