Anne with an E: Season 2/ Episode 2 “Signs are Small Measurable Things, but Interpretations are Illimitable” – Recap/ Review (with Spoilers) 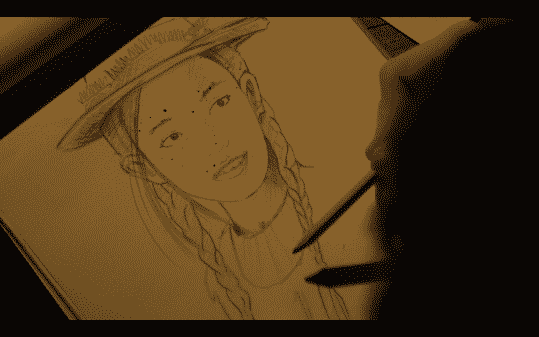 As gold fever continues throughout the town, Anne may have found a kindred spirit and Gilbert continues to have his eyes opened thanks to Sebastian.

What Can Happen Over The Course of a Harvest: Cole, Anne

As has become quite clear, Anne is a storyteller and loves the written word. But, what she also appears to love is art. So when Cole, a boy who wasn’t on anyone’s radar shows himself to have matured, become a bit athletic, and quite the artist, he becomes a person of interest. Not someone any of the girls pursue but with Anne initiating sitting with Cole, and picking up his drawing pad, it seems a crush on Anne may have begun.

I know there are many who want Anne with Gilbert, maybe even Jerry, but Cole seems like such a good choice. She likes to write stories, he is inspired to draw based off of them, and who knows if Gilbert may ever return. And while, by no means, do I think Anne needs to rush into a relationship, can you just imagine her in one? You see how dramatic she is over a tree right? Imagine a boy who is kind to her and she can she feelings and create stories with? It would rival probably any tale you ever heard or thought of. I’m getting misty-eyed just thinking about her being so jovial.

The ship has ported in Trinidad and with that Sebastian shows Gilbert his home and makes sure he can get some of his mom, Hazel’s, soup. Leading to Gilbert being exposed to the world outside of his hometown. A place where people like Sebastian, freemen, are still called boy and are but a generation separated from slavery. If not, because of economic reasons, still doing the same job they would have as slaves. As shown by Hazel who takes care of a house and is more attentive to a stranger than the boy who came out her own womb.

Yet, despite seeing what he has, Gilbert maintains this desire for adventure and the spirit taking him where it does. Leading to more than just Sebastian becoming annoyed at the boy not appreciating what he has. One of the benefits of Sebastian and his, “Appreciate the home and family you still have” tour might be episodes like this. The kind where we follow a freeman before the 1900s and see life through his eyes. A sort of Trojan Horse storyline if you will. One where Gilbert maybe the proverbial horse but the story is really about this young man, free for all his life, but paying the price of being first generation.

Of which includes barely knowing your own mother and, because it seems she lives with the family she works for, you not really having a home. You have a country to claim, but not a street address to return to after a long voyage. A saddening tale not often gone into which makes someone like me appreciate Sebastian. Even if the story still feels a bit out of place.

Though, one positive came out of this. Gilbert mentions Anne and with that, it hints to the idea he misses her. Not enough to write, but at least to talk about.

Thanks to Mr. Berry, it seems the fever of a gold rush is becoming infectious. Making it where Nate and Mr. Dunlop don’t have to do much beyond being likable. However, Mr. Dunlop, real name Jonesey, is taking things a bit far. To the point Nate is not only annoying but feels the need to remind Jonesey he killed 5 people over something trivial. So the idea of Jonesey possibly keeping up this Mr. Dunlop persona and really settling down is not only laughable but feels to Nate like he is being antagonized.

But Nate isn’t the only one feeling a bit peeved. Mrs. Berry feels, with all this money Mr. Berry is willing to shell out for a piece of everyone’s pie, it may affect the girls going to finishing school. Add in her jealousy that Thomas confers with his wife Rachel and Mr. Berry does not do this at all is even more infuriating.

Leaving the need to question what Marilla and Matthew will do. Well, for a time, it seemed because Marilla was so entranced by Nate she’d push Matthew to pay the money. However, upon seeing Nate flirt with other women it seems she comes to her senses. Leading her and Matthew to agree that what they will give Anne is the farm they know and which has provided all this time. If she wants to dig it up for gold when they are gone, that will be her business.

It’s going to be so interesting to see what comes of this. Especially because there are so many moments when, if someone was just a bit quieter, walked into the room sooner, or had more active sight, the jig would be up. So now I feel left to wonder if Nate and Mr. Dunlop may get away with this. Which would be a surprise but seems almost feasible at this point.

Yet, if they don’t, so comes the question of who foils the plan? Will Mr. Dunlop’s conscious lead to him telling the truth, one of the kids learning the truth, or Jerry’s memory being jogged? Perhaps some adult setting aside the possibility of fools gold and doing their own independent study and finding nothing? I’m still a bit saddened how much time this story is taken up but I will admit my interest is growing.