Anne with an E: Season 2/ Episode 10 “The Growing Good of the World” [Season Finale] – Recap/ Review (with Spoilers) 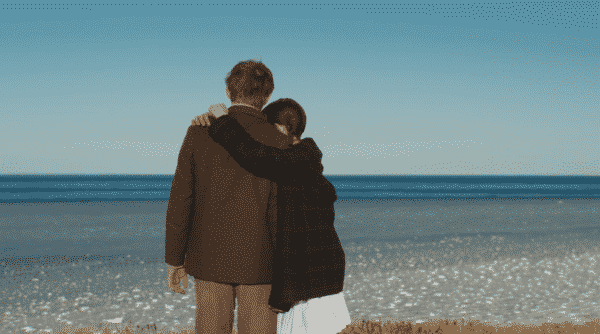 The fate of Ms. Stacy, Sebastian’s relationship with Mary, Cole, and Gilbert deciding whether to stay or leave Avonlea is decided – with no cliffhangers.

With Billy’s ear burned, Ms. Stacy is put on probation. Add in Rachel making her seem like a hussy, and it seems in an upcoming town hall she is all but to be dismissed. Something which upsets the children but also Marilla as well. Even to the point of having words with Rachel and calling her closed minded and prejudice. In return, Rachel takes another dig at the life Marilla chose for herself. Thus pushing Rachel to storm off since no one really talks to her that way.

As for what Ms. Stacy does during all this? Well, she is a city girl which ruffled the feathers of a small town. She is ready to book it. However, Marilla visits and takes note of the hard time Anne had before she at least won the tolerance of the town. Granted, it took a fire and saving lives, but maybe Ms. Stacy wouldn’t need something so grand since Anne paved the way.

Especially since, unlike Anne, Ms. Stacy has a rather large support group. Anne, alongside a handful of kids from her class, head off to pawn a few things and replicate Ms. Stacy’s lightbulb experiment. Which, thanks to the clumsy Moody, those get broken. Luckily, Aunt Josephine has a swath of lightbulbs she is more than willing to give away.

But while she gives away lightbulbs she gets something in exchange – Cole. With him knowing life in Avonlea may never be as he likes, and him saying his apologies to Billy, he wants to both start over and continue his life. Which, with Aunt Josephine having a huge home, which is rather empty, she has no issue with taking the boy in. And with her previously paying him for tasks, surely that can work as a cover for when his mother asks about.

Leaving one more thing: Diana, after her awkward moments during the summer soiree, apologizes for how narrow she must have come off and embraces Josephine fully.

Has no one really checked Rachel before? For all her posturing and love for some sense of tradition, does she not realize how much she bucks the idea? She is a very outspoken woman with probably more influence than most men in the area. Yet, it is like she is the sole one deserving of such freedoms and the rest need to sit back and admire. Making Marilla reading her life like pages of a book so beautiful. Really pushing the idea that everyone, except Josie it seems, will get what is coming for them, sooner or later, for being unjust towards Anne.

And really, we do have to applaud how far Marilla has come. Though not as mousey as Matthew, she never really did get involved with other people’s business. So for her to make the hike to Muriel’s home and have a conversation? Speak how the young woman reminds her of her dearest Anne, that was something. I know it is mentioned over and over how she and Matthew have changed but now it is like they are trying to one-up each other. Who can show Anne they have learned a great deal from her more?

Leading us to Diana. To be honest, I’m kind of disappointed we didn’t get to see her journey more into fully accepting her Aunt Josephine. We didn’t see her question her parents’ ways, her being naive, or any of that. It probably happened in the background through seeing their relationship become tumultuous but in terms of her being queer, it isn’t like Cole told anyone but Josephine and Anne. It, to my sight, was never made a common thing. So while it is good she is liberal-minded, her journey not being on screen was quite unfortunate.

But, I keep forgetting this is Anne with an E and not Diana without an H.

At the town hall, it seems, as Ms. Stacy puts it, “The Writing is on the wall.” Rachel, the minister, the progressive mothers, they are ready to see Ms. Stacy fired. However, after Marilla’s pep talk, Ms. Stacy waltz in, uninvited, in trousers, and defends herself. Notes she maybe unorthodox but she is educating and making dreamers out of these children. Children who, I should note, are the ones privileged enough to go to school. So, whether they are like Cole’s parents or Diana’s, their education should be something which preps them for the future more than the lessons of the past.

Something Anne supports with having quite a few members of the class come out with that potato powered lightbulb. Add in Gilbert saying she is the reason for people to stay rather than leave, alongside Matthew and Marilla speaking out, impressing the heck out of Rachel, and she unanimously gets to stay.

I think we can consider the town hall the full circle moment. What was done on an individual basis, be it speaking out, becoming more open to being emotional, and all that, the journey is sort of complete now. Matthew spoke up on his own, in front of a crowd, for someone he barely knew. Hadn’t even met! Then Marilla followed, again with only a few words, but speaking out as she did proved to Rachel, and herself, she can change and has changed. All thanks to people like Anne and Ms. Stacy.

With Gilbert trying to work the farm on his own, as Sebastian did, he realizes what the man was going through. So, to honor their deal, and show he is serious, he gives Sebastian part ownership of the farm. After all, one day he will leave Avonlea and it is hard to say if he will ever return. But, if or when he does, he wants his home to be filled with family. And at this point, Sebastian has become family.

But for Sebastian, he wants Mary part of that family as well. Which, for a hot minute, it seemed like she wasn’t even available. Mostly because she has a grown son, a bootlegger, who when Sebastian saw him, he thought that was a husband or boyfriend. Luckily, Sebastian doesn’t know the area well, he saw this happen at night, so he went to the laundry to get drunk and pass out. The place he is found the next day and upon learning Elijah is but Mary’s son, he proposes on the spot.

Thus ending the season with them getting married, Gilbert noting he is going to wait for med school, Anne announcing she is going to become a teacher, and that’s it. It’s kind of a weird thing, isn’t it? When a show doesn’t leave you on a cliffhanger, to push you to get all enraged and push for another season, but wraps things up so whether that’s the end or not, you have closure. Well, unless your sense of closure includes Anne and Gilbert dating. Outside of that, there isn’t anything not handled really. Granted, I still find how the Barrys and Cuthberts didn’t get major backlash for Nate running off with their money strange, but the show can only cover so much. That and Jeannie and Matthew not seeing each other but for one episode and not even writing letters to each other.

But, at least for the Jeannie and Matthew thing, that can be something to look forward to next season. Alongside seeing how Aunt Josephine does as a sort of mother and whether Billy may actually change. For I swear to you, when he went to Anne’s old sanctum, I fully expected him to start building a new one for her as an apology. Something which would have been a bit much, but you never know. People change.

It’s not what the world holds for you, it is what you bring to it. – Anne

Tell me, and I forget. Teach me, and I remember. Involve me, and I learn. – Anne