It seems, officially, Violet has mastered being a doll. Leading to the next arc: Her being a cold-blooded killer.

An Embellishment of the Truth: Violet, Claudia, Charlotte

We learn from the military office, where Claudia is visiting, that there are worries of another war with Gardarik possibly. With that in mind and the service Claudia provides, a military officer wants him to send some Auto Memory Dolls to secure a marriage between the kingdom of Drossel and Fluegel. These two who were on opposing sides of the war, soon to be brought together by marriage, could help signal the war is over – whether surrounding countries like it or not.

Thus leading to Violet, of all people, being sent out to help. She is sent to Drossel to be the auto memory doll of Princess Charlotte and they don’t necessarily hit it off immediately. If only because Violet, being as stern and monotone as she is, seems a bit too uptight to be conveying a 14-year-old girl’s feelings. However, we come to find out that, taking note being an orphan means this is just a rough estimate, VIOLET IS 14 TOO! Which may seem shocking at first, considering the stark difference between Violet and Charlotte, but then you are reminded of all Violet has gone through and it makes a whole lot of sense.

Which I think is why Charlotte calms down on criticizing Violet and the way she is. For while weird, she is 14 like her and though she doesn’t know what love is, neither does Charlotte really. However, you could never tell by the letters Violet writes. Gone are the days when she was too blunt or made her letters sound like military reports, she writes romance novel worthy work. All of which gets replied with overdone letters and honestly, it is a bit off-putting for Charlotte.

The Person I Fell In Love With: Violet, Charlotte, Damian, Alberta

You see, with Charlotte’s dad being nowhere to be found and her being raised by Alberta, her personal maid, since her mom seemingly died, she doesn’t get a sense of realness. Alberta might be like her mom, but their dynamic is where Alberta feels she belongs to the kingdom, and thus Charlotte, and Charlotte, with seeing Alberta like her mom, feels she belongs to her. So, an honest opinion can’t come from there. But, this is where Violet comes in and shows how much she has matured and emotionally developed.

Knowing Cattleya is writing for the prince, it is discussed amongst them to stop playing the middlemen and let the two write letters to each other. Yes, the public loves these embellished and overdone love stories, but the people that they, Violet and Cattleya, are crafting aren’t the one’s Charlotte or Damian could fall in love with.

Now, let’s note Darian is 24 and there is a 10-year age difference; while also noting, in this show’s world, getting married at 10 is considered normal and appropriate for royalty. And I mention being 10 is when it is considered appropriate because that is when they first met. At Charlotte’s 10-year birthday party. One in which finding a suitor was a much bigger deal than her 10th birthday.

So, like a proper 10-year-old, she runs off, cries alone, and here comes Damian. Someone who isn’t a kiss ass for a title and just lets her cry. He also notes she is a brat and is rather too honest, but that is what is attractive about him. But, don’t get me wrong, both recognize the oddness of their situation. Be it the age gap, her maybe getting tired of him, and so much more. Yet, despite all that, they do end up marrying each other.

I Remember You: Violet, Diethard 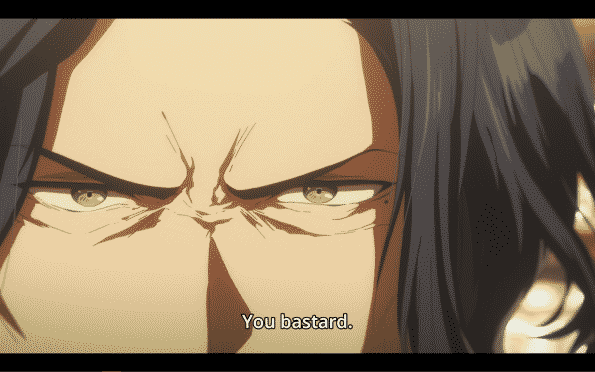 After a wildly successful assignment, the first-person Violet meets when she returns home is Diethard. A man familiar not with the quiet, prim, and proper Violet. Nope, he knew her when she was a violent killer. So, it seems with Violet accomplishing the task of becoming a quite good Auto Memory Doll, it is time for us to learn who she was before our original introduction.

This Episode Had Me Laughing & Crying

It seems increasingly undeniable that when it comes to side stories, Violet Evergarden might be one of the best. Live action or animated. For while they all are pretty sappy, and more often than not kind of depressing, there is always a sweetness to them. Like when it comes to Alberta and Charlotte’s relationship. I cannot recall the last time I was inspired to both cry and smile [note] It was probably Anne [/note]. There is just this weird beauty to their relationship. Especially in the scene where Princess Charlotte was saying that she belonged to Alberta.

In that, you realize the kind of dependency Charlotte had wasn’t just based on status but emotion as well. Her maternal figure is Alberta and between leaving her to be with a stranger and just growing up faster than comfortable, she is her rock. She feels that her life belongs to her because, without her, there would be no means of functioning nor survival. 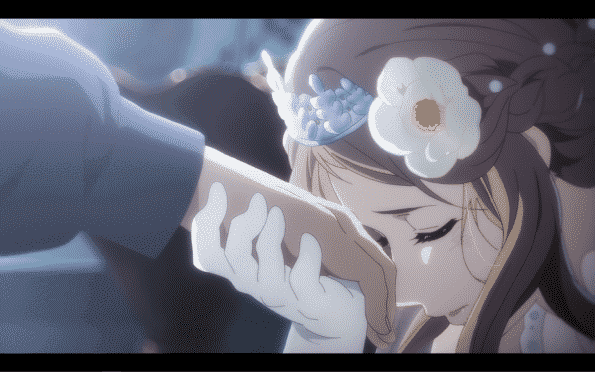 And believe me when I say the tears fell when Charlotte was in her wedding dress and bows and presses her forehead to Alberta’s hand. That was such a beautiful sign of reverence to Alberta. No matter how mature Charlotte is, how she thinks she is, or the things she does.

Though let’s not forget Damian now. Despite that relationship still being very creepy, or at least the idea of it, it does have a sort of All the Ugly and Wonderful Things vibe to it. You know it isn’t appropriate at all, but there is a part of you that can’t wait till she is an appropriate age so you don’t have to hide how giddy their relationship makes you feel.

Another Side To Violet

With Violet being the right hand to a Major, there has been a consistent question of what did she actually do in the military? Much less, before Major Gilbert’s brother brought her to him. Well, seemingly, killing people was part of her regular life – and she was good at it. I’m talking, it makes her monotone voice and blank disposition seem like she is a psychopath who hasn’t been triggered in a while. So it should be interesting to see a whole new side of Violet.