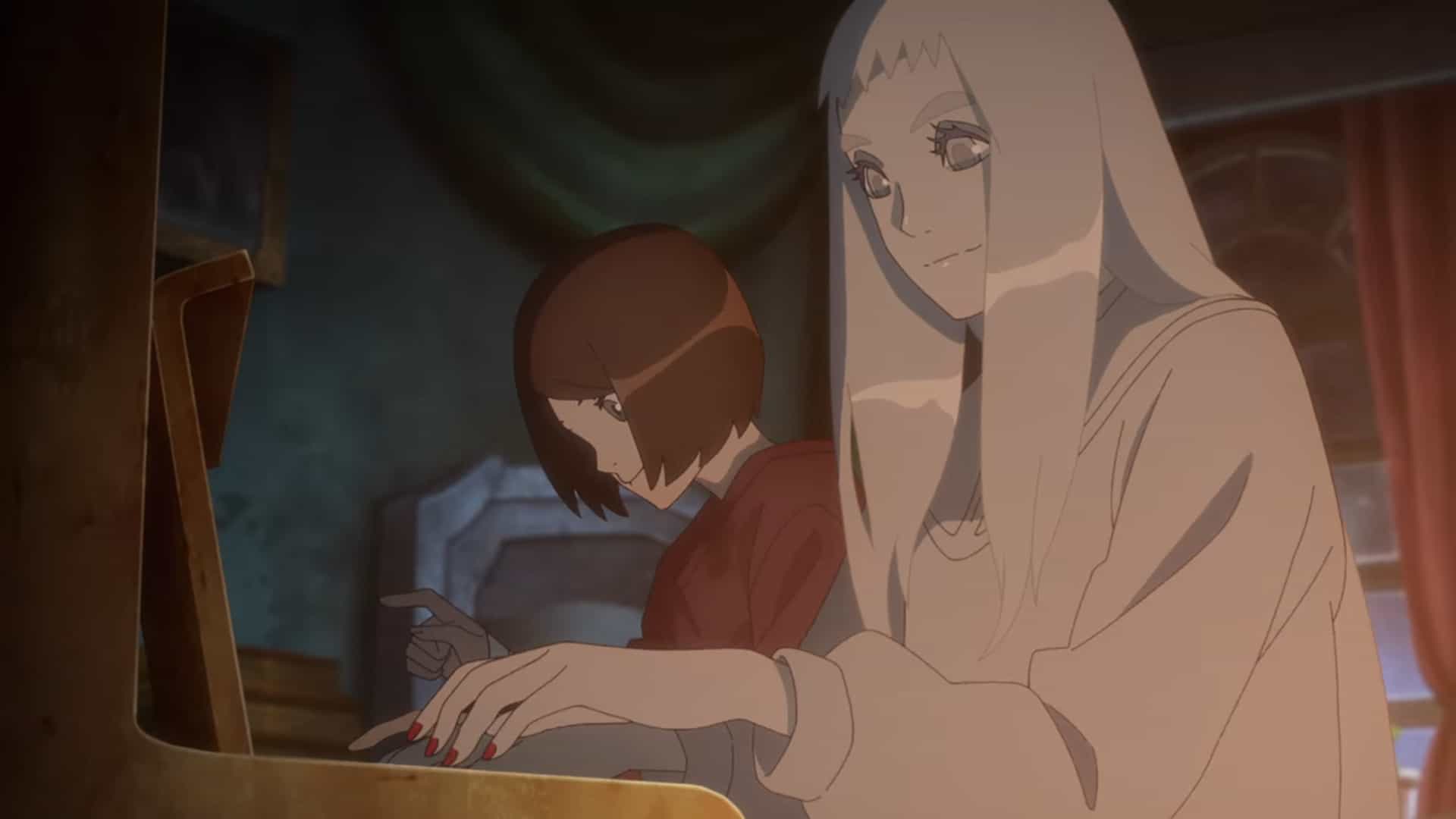 Fine and Momo find a place where vampires and humans co-exist! However, it is by no means the utopia they are looking for.

Fine and Momo’s road trip brings them to a place where vampires and humans co-exist, but with a canal segregating them. From what little is explained, one side provides the money, the other blood, and while they co-exist, the humans, or warms, have the same active defense as Momo’s people.

But driving to a segregated area is the least of Fine and Momo’s problems. The car they have been using has begun to break down, and on top of that, Fine is getting the kind of blood cravings that lead her to fear she might hurt Momo. Because of this, she pushes her away and even kicks her out of the room they were sharing.

This leaves Momo undeterred due to having such a good time until now, breaking into the human blood supply for Fine, and unfortunately getting caught by local vampires, humans, and Allegro. Which, for viewers, is a good thing for he helps flesh out some details about a woman named Aria. She was someone Fine was fascinated with and seemingly used and drained her – Not of blood but of life.

Hence, why Allegro is willing to kill Momo, but thankfully he doesn’t get the chance. Momo makes it back to Fine, who is on the brink of death thanks to some rogues burning down the hotel she and Momo were staying in, and the two leave the two together. This leads to many days of them traveling by whatever vessel they can find and struggling in the elements. At least until they are discovered by a vampire who might be able to offer them the vampire/human paradise they dream of. 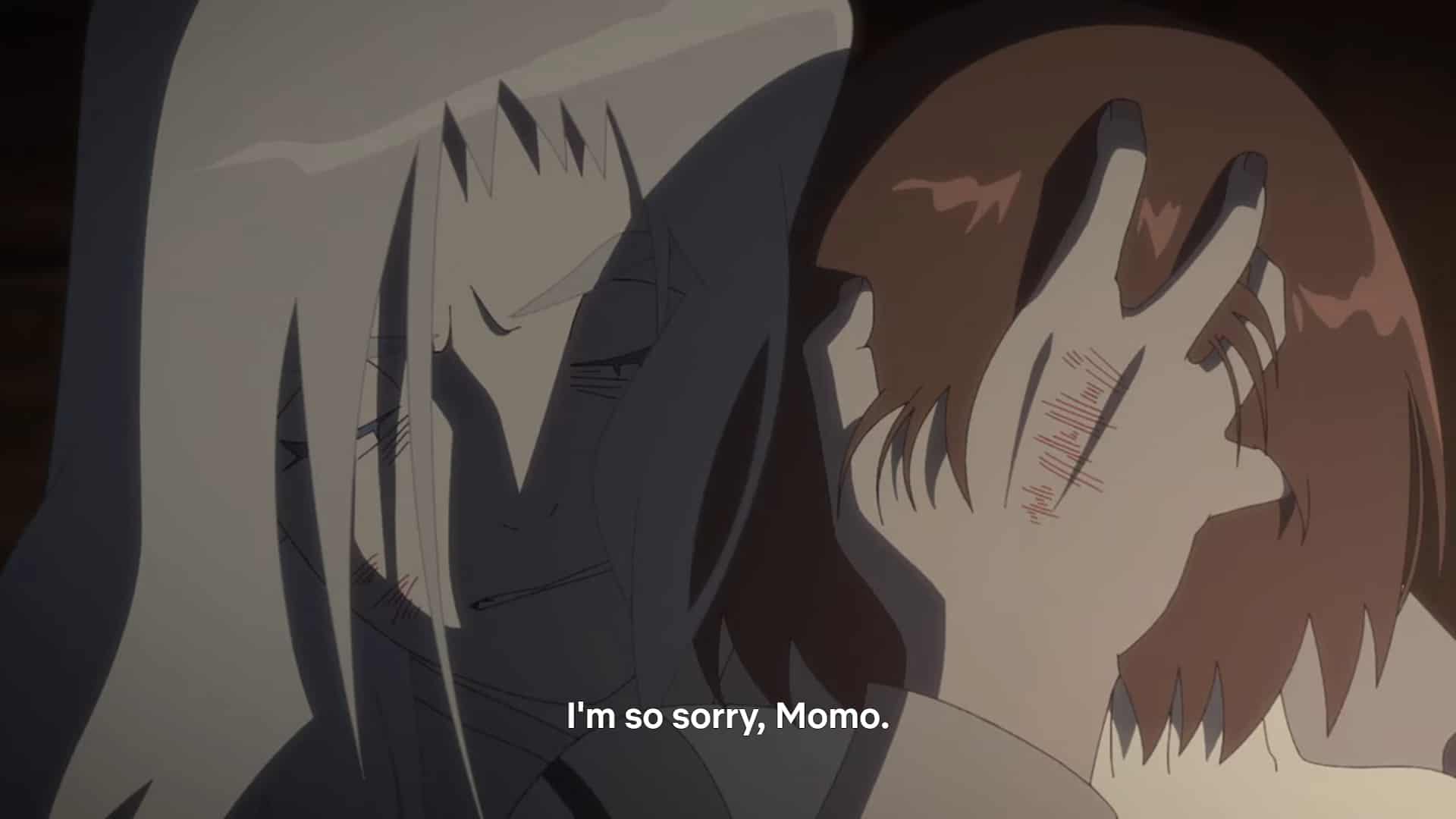 There is an undoubtedly cute relationship between Momo and Fine. It’s young, girly, and while neither seems able to be vulnerable with the other, there is an almost sense of dependency there. Lest we forget, it seemed Fine was ready to die when she joined Allegro in his assault on Momo’s hometown. Add in Fine still recovering from the pain Aria caused her, that has her starving herself of what is essential for vampires? It makes Momo showing her what she deserves as a person as a better way to heal than time or whatever Allegro could come up with.

It also pushes the idea that, despite being rather privileged, with Fine a queen, and Momo the daughter of the current commander, they are willing to struggle if it means staying together.

Clearly, a lot is going on. Momo’s mom seems to be dealing with subordinates who pray for her downfall, but we don’t get much in the way of details there. Fine is aware of places where vampires and humans live close, but we don’t get to know what led to them making this arrangement and who set it up. Also, considering Fine is more well-traveled than Momo, it would be nice for her to talk about where they are going, her memories of visiting the places, and showing some of the benefits of being a vampire.

Because, as of now, the world feels bare, and while Momo and Fine’s bond is compensating, it isn’t so cute it could make the show.

Vampire In The Garden Directory

Vampire In The Garden: Season 1/ Episode 3 – Recap/ Review
Overall
Vampire in the Garden still drags getting to the meat of the show, but it seems that maybe in the penultimate episode, we may finally start to get the world-building that is long overdue and some character development that can be considered substantial.
Highlights
Momo and Fine's Bond
Disputable
Lack of World Building
73
Subscribe to our mailing list Follow Wherever I Look on Twitter and Instagram, Like us on Facebook, and Subscribe to the YouTube Channel.