The World’s Finest Assassin Gets Reincarnated In Another World As An Aristocrat: Season 1/ Episode 8 “Rites of Choice” – Recap/ Review (with Spoilers)

With his two-year term coming to a close, Lugh is presented a notable ultimatum and he announces one of his plans for the future.

And My Time Here Has Come To A Close – Lugh, Maha, Tarte

After two years in Milteu, Lugh’s time there has come to an end. He plans to leave his cosmetics brand, Orna, in the hands of Maha, and we learn she is going to use that to re-establish her parent’s company. Oh yes, we learn that Maha became an orphan because her family, like the Balor clan, ran a notable and wealthy merchant company, and one of their prominent partners killed her parents and took over.

A decade or so later, they’ve run the company into the ground and are selling it off in pieces. Maha plans to take advantage of this to slowly but surely regain what was supposed to be hers, and she has Lugh’s blessing. Which all the more makes him leaving bittersweet, but she makes sure to get him to promise to visit, the same way he does Dia. 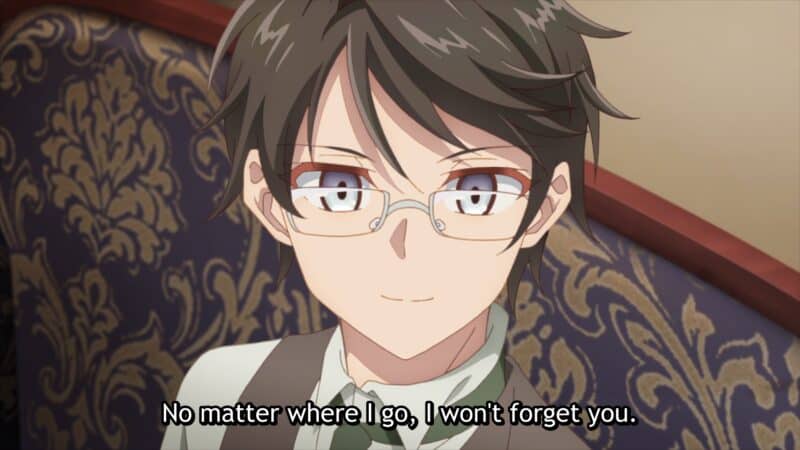 As for how Tarte feels? Maha is the first friend she made her age, so she will miss her, which is why Lugh assigns her to make the Lecithin delivers.  However, Tarte recognizes that Maha will be happy to see her but will want to see Lugh and that she is likely in love with him. However, he plays that down with the perception she doesn’t love him, and Tarte doesn’t understand. In Lugh’s mind, what Maha has for his is admiration. Which may or may not be true.

You Aren’t Beholden To This Life – Lugh, Cian

Upon his return home, naturally, Lugh is embraced by his mother and his community. However, it is the talk he has with his father that is of the utmost importance. Why? Well, Cian offers Lugh an out. With the Balor family taking note of Lugh’s abilities as a merchant, they think it would better serve him than being an assassin. And considering the family is not lacking for people to take up Lugh’s place, Cian gives Lugh the option of leaving the family and being Illig permanently.

This is rejected. The reason? Well, despite how callous and calculating Lugh can be, he seems to really enjoy the communities he has built and wants to protect them. Plus, it seems, unlike his predecessors, he will not just assassinate blindly but will be selective. Which could work for or against him. As Cian warns, there is no real protection from the kingdom if he gets caught, so one could assume if he doesn’t serve them at their pleasure, the same could be said.

But perhaps the biggest reason he wishes to maintain his post? To marry Dia. Now we know Hugh is always plotting. So it is hard to say whether or not he loves her. But, considering he has visited her every month, religiously, and their relationship doesn’t have the subservient quality as we see with Maha or Tarte, he could be telling the truth.

Plus, Lugh has to plan for a life after the hero dies and while Cian and his wife aren’t necessarily lovey dovey, they have a happy family. Something that was utterly absent from Lugh’s previous life, and you have seen him cultivate throughout his now 15 years.

Before you can trust people, you must doubt them first.
— Maha

Lugh’s Choice Of Becoming An Assassin

Lugh has known the various ways there are to kill people, and now, in this new life, he has autonomy and was given the option to obtain freedom – yet he denied it. This was a bit shocking, yet Lugh’s reasoning for this is understandable. His power as an assassin gives him what he needs to protect not just himself but his community. Yes, he could entrust this to his cousin or others, but they don’t have the same brilliance as him, and as the farmer noted, while what Lugh set up lasted them two years, new problems arose in his absence. So imagine if he became Illig full-time and left home?

We must also add that there is a pride in being Cian’s son that the Balor family can’t replicate. Him being Balor’s bastard will be no different from when he was an assassin without expectation of having a life. He’d be used for his expertise, then expected to train Balor’s son who, once he learns the ropes, could make Lugh obsolete and someone to potentially eliminate.

After all, let’s say Mrs. Balor outlives her husband, you think she is going to let her husband’s alleged bastard run the company? Do you think greed and ego won’t cause her to take the chance of killing their cash cop in hopes her son can keep things going? Yeah, Lugh being easy to kill is unlikely, but he’d still lose this life and may not have the opportunity to go back to his father and be an aristocrat? 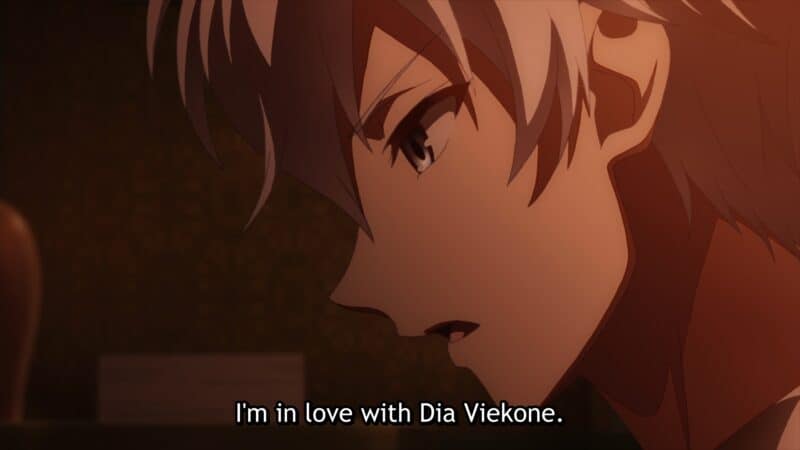 It isn’t clear what the rules are, but what is clear is Lugh’s decision. Yes, which includes him planning to take out the hero and needing certain materials only being an assassin could provide. But, there are some inklings that he just maybe has a life planned beyond murder. It’s just, he can’t think about the life he wants until he finishes planning out the life he needs to fulfill his part of the obligation to the Goddess.

Maha Not Being As Enamored As Tarte

Maha knowing Lugh was probably using her for her mana, and to be an asset for his assassinations, was a bit of surprise to hear. Yet, it did present the idea that everyone is using everybody, and Lugh isn’t a snake charmer who has all these girls fooled. They know what’s up, but for Maha, by being by Lugh’s side, she was able to provide a job and protection to her friends, and since she got adopted by a merchant and got to manage one of the greatest brands introduced in modern times, she can re-establish what was taken from her.

And I’d say, with the show bringing up Maha’s past and revealing she isn’t as dumbfounded by Lugh as she appears, but they were mutually using each other, it made her far more worth noting than when introduced.

The World’s Finest Assassin Gets Reincarnated In Another World As An Aristocrat: Season 1/ Episode 8 “Rites of Choice” – Recap/ Review (with Spoilers)
Trajectory: Plateau
With the pace we're at and an estimated four episodes left, it seems things may end with us seeing Lugh face the hero. But, with surely more than just Tarte and Maha expected to help, do we have enough time to introduce any new editions, never mind the hero and demon lord properly?
Highlights
Lugh’s Choice Of Becoming An Assassin
Maha Not Being As Enamored As Tarte
Disputable
83
Follow Wherever I Look on Twitter and Instagram, Like us on Facebook, and Subscribe to the YouTube Channel.