Wherever I Look
Recaps, Reviews, and So Much More
Home Anime The Rising Of The Shield Hero: Season 1, Episode 24 “Guardians of Another World” – Recap, Review (with Spoilers)
Anime

The Rising Of The Shield Hero: Season 1, Episode 24 “Guardians of Another World” – Recap, Review (with Spoilers)

In its penultimate episode, L’Arc and Therese reveal their true selves and Glass makes a long-awaited appearance.

We skip two days ahead to when the waves hit and, unlike before, not only does Queen Mirellia help the heroes prepare, but she also shows up for the fight. Mind you, she doesn’t do much more than command the troops, but her presence is appreciated. Especially as Naofumi and Filo, with L’Arc assisting, take out the beast which came from another dimension.

But, as in Episode 11 “Catastrophe Returns,” killing the beast which emerged doesn’t end things. Why? Well, from what we’re told, L’Arc and Terese, like Glass, are foreign to the world, so without their defeat, the wave cannot end. However, also like before, they are too formidable for Naofumi to take down and even with his allies, and the other heroes, they reach a stalemate. 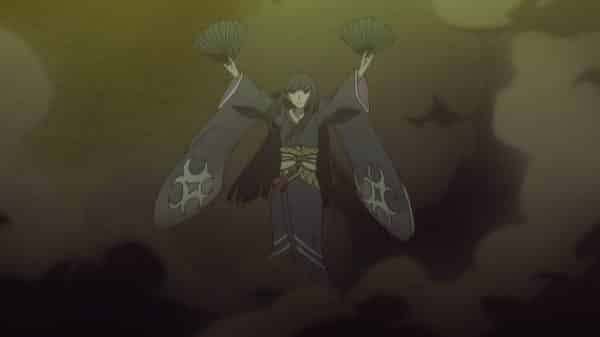 Because Glass is apparently part of their party and with Naofumi not giving his all when fighting them, she decides she is going to push him to his limits so he’ll die and the rest can quickly perish.

What Is Causing These Waves?

While we’re told it deals with the Dragon Hourglass, the waves, I wonder if it is the presence of Glass and others as well if not specifically? For you’d think, considering the spirals in the air, the monsters that appear, and how much the world looks like it is in a paradox, maybe what the hourglasses represent stability? That is, how long Queen Mirellia’s world will remain stable until it is on the verge of collapse? Hence why, once the wave of monsters are over, things are reset.

Yet, due to potentially uninvited guest to Queen Mirellia’s world, while things are reset they remain unfixed. Making it so the minor and medium-sized issues are handled, the monsters, but not the problem which is tearing the fabric of their world remains.

The Ending Better Come With A Season 2 Announcement

The next episode is the last, and while the battles of this episode are cool, considering Naofumi has just barely gotten past the first assumed level cap, it’s like we’ve barely scratched the surface. Add in the other heroes we hardly know a thing about, and Naofumi’s life before has barely been spoken of, it makes it hard to accept the idea they may try to cram a resolution to this battle and an ending in episode 25. Yet, considering what happened with Shingeki no Bahamut – Virgin Soul, maybe I should stop expecting 20+ episode series to leave me devastated in a good way?

#shieldhero @ShieldHeroEN Do you think everything can be resolved in the finale or do we need a 2nd season?