It seems to be the end of not just the season, but potentially the Promised Neverland series.

I Betrayed My Brother For Noble Reasons – Peter, Emma

As Emma offers freedom, Peter replies that he did. Why? Well, because he chose this life. Peter chose to betray his brother under the guise of it being for noble reasons, such as maintaining the 1000 year agreement. Mind you, this is despite knowing the complete history of it – which includes the Retri family allies having their children made into food. And being that he doesn’t have faith that Emma and her people can change both the demon world and human world, he’d rather die now than later. So, he slashes his own throat.

Another Sacrifice Made For The Better Of Human Kind – Emma, Ray, Norman, Phil, Mujika, Isabella

Despite having access to the human world now, Emma, Ray, and Norman decide to stay behind. Why? Well, because there is work to be done. Mujika’s blood needs to be spread, nobility dealt with, and those Norman left behind have to be helped to freedom and so many others out there.

As for managing things in the human world so they don’t go to war again? Yeah, that’s not done at all. All Phil, Isabella, and the others are tasked with is living their life and looking out for one another.

Rather than push the idea there would be a season 3 focused on handling members of the noble class of demons, The Promised Neverland speeds through that and implies all goes well, and Mujika is crowned queen. Thus, Emma, Ray, Norman, and the rest get to return to the human world and live out the rest of their days in bliss.

The Ending Makes You Cry 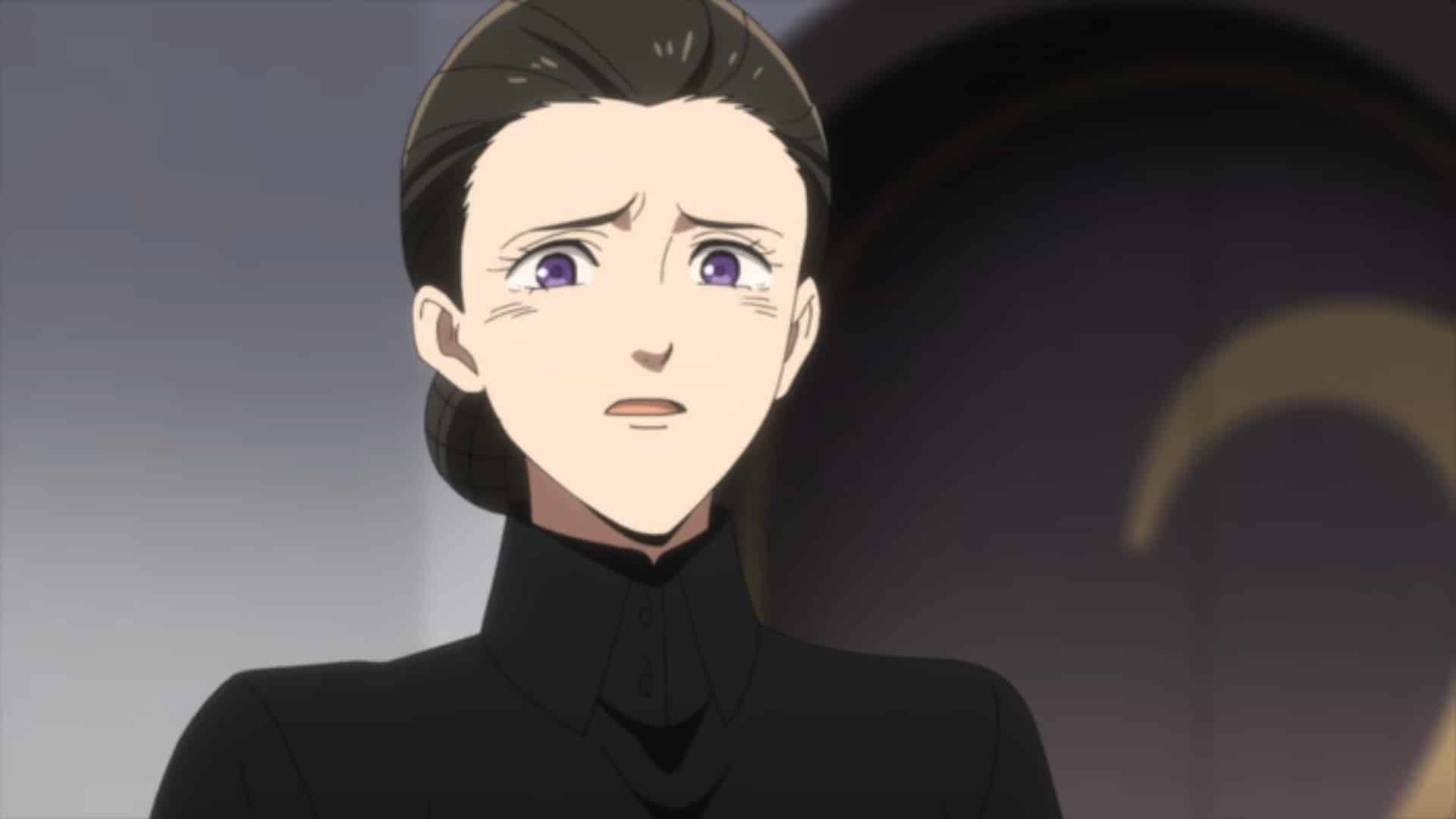 Isabella shocked her children forgive her

Between all the kids forgiving their mothers, including Isabella, to seeing them live their lives in the human world, it was hard to not break out into tears. We’ve waited for how long now for this day to come, with some members of the Grace Field family dying as plans were being made and executed? Add in Emma, to a fault, always being willing to sacrifice herself, and offer an olive branch, even if the ending was rushed, it being happy was just what we needed.

Everything Covered In The Montage

While we appreciated the happy ending, it came at a cost. Mainly, it seemingly meant skipping all it took to get to that ending. Meaning, we didn’t see the fall of demon nobility nor get any idea of how the humans took the sacrifices for peace coming into their world. All we got was a bunch of faceless men who were unidentified and didn’t say a word. We’re just shown them welcoming everyone with open arms.

Then with demon mobility, we get the name of one, finally hear their voice, but whatever battle there was against those who have Mujika’s blood? Well, we just see the end result, which has her crowned. And whether this meant any sacrifices, issues, or anything between Norman, Emma, and Ray? Who knows. How much time specifically passed? Again, your guess is as good as mine.

So, while a part of you wants to appreciate the happy ending we get, it feels a little undercut because so much of it is sped through.

Everything Covered In The Montage - 74%

The Promised Neverland ends with the ideal ending, but a good chunk of what allowed it to happen for our leads since the beginning is sped through, thus stealing some of the luster of your joy.