Nobody Cast and Character Guide (with Ending Spoilers) 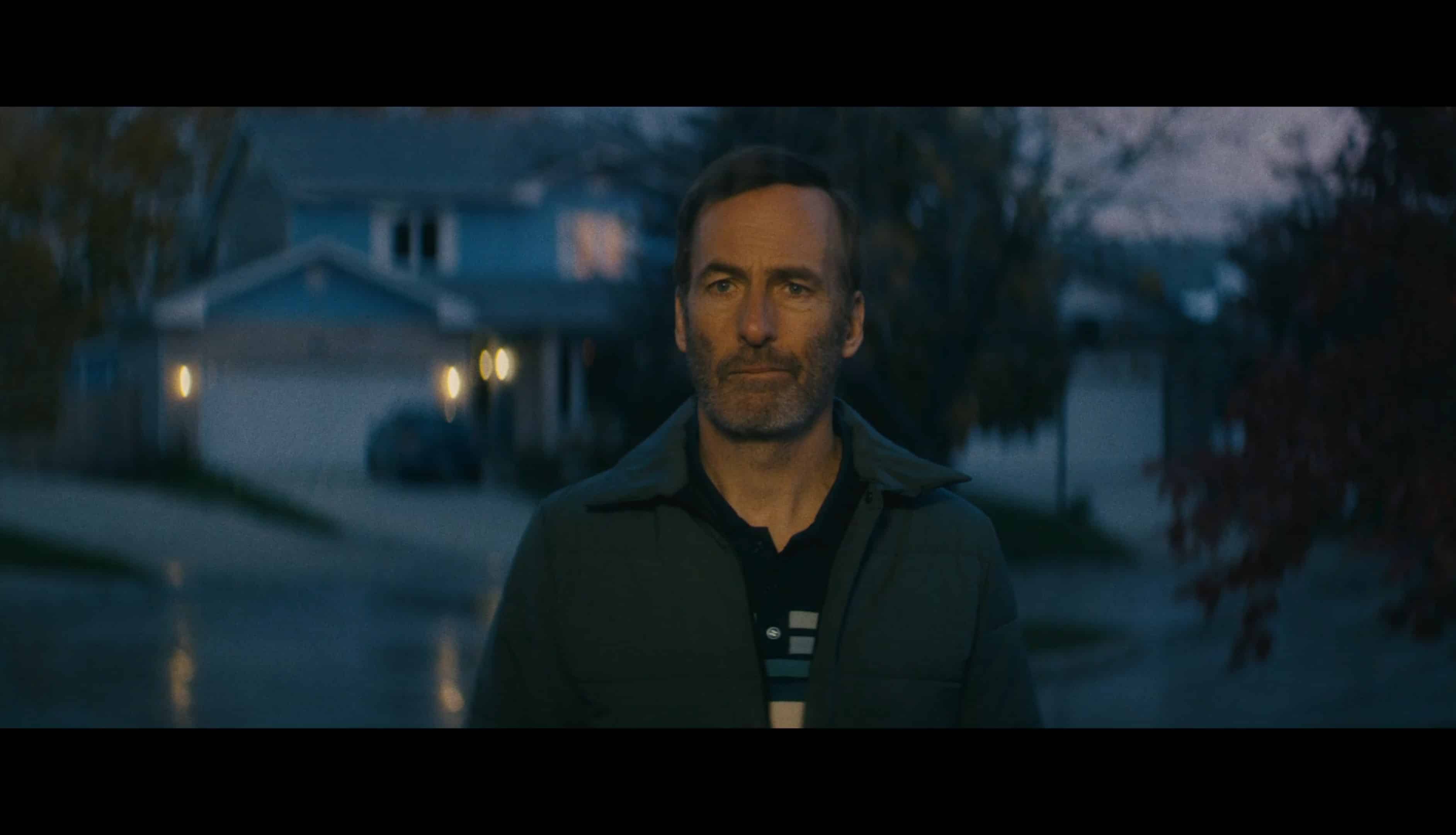 Hutch (Bob Odernkirk) in Nobody (Universal)

A guide for the film “Nobody.” Noted are cast members, information about their character(s), and additional details about the film’s story and characters.

In Hutch’s former life, he was what is called an “auditor.” What does this mean? For various three-lettered government agencies, he showed up when there was a numbers problem – specifically, too many people alive. But, 16+ years before Nobody starts, Hutch let one person he was supposed to kill go, and when he checked up on him, that person had a wife, a family, and Hutch got a little jealousy, envious even.

You see, Hutch did have a family, his dad, David, a veteran, and former FBI agent, as well as an adopted brother, Harry, who seems to be into something that’s classified. However, a wife and kids didn’t seem possible until Hutch met Becca. So, in what he calls course correction, he put aside his love of violence, truly became an auditor/ accountant, and settled into his perception of a normal life. He got married, bought a house, has one son, Blake, one daughter, Abby, and a routine.

The problem is, over those 16 years, this routine ate away at his relationship with Becca, her family, and while Abby still loved and adored her father, Blake became a teenager and, you know how that goes. But because Abby still loves her daddy, when someone breaks into the house, and Abby notes her Kitty Kat bracelet may have been stolen, Hutch snaps right back into auditor mode. And even when he discovers it was under the couch, what was started he can’t stop, and just in a random fight, protecting some girl, he injures the brother of a Russian Mob officer named Yulian. Thus setting Hutch against the Russian mob, and in a few days, compensating for all the violence he held back from doing nearly 2 decades.

A military auditor, with combat training, in his younger days, Hutch was basically the clean-up crew and would kill all witnesses, and those three-lettered agencies no longer found useful. However, now Hutch just works a meaningless job at his father-in-law’s warehouse and has what often feels like a mundane and uninspiring life. But, after a break into his home, that adrenaline rush becomes an excuse to tap into who he once was rather than the nobody he became.

A member of the Russian mob, despite Yulian’s tough exterior, he does enjoy performing and finds freedom in that. Which forces him to often remind people that, don’t get it twisted, he will kill you with a broken martini glass.

Becca is Hutch’s wife who works as a real estate agent and hasn’t had the relationship she once did with Hutch for an undisclosed matter of time. There is even, for some strange reason, pillows separating them in the bed they still share. Yet, despite the physical boundary, and lack of communication, there aren’t signs either are considering divorce.

David is Hutch’s father, who has long since been retired after a life in the military and even as an FBI agent. However, despite being in retirement, it doesn’t mean when he hears what his son is up to, he tries to stop him.

Hutch’s adopted brother is a bit mysterious and mainly focuses on keeping the only family he has left, Harry and David, safe and in good spirits. All the while trying to maintain the belief that he is dead.

Eddie is Hutch’s father-in-law, a straight lace guy with a soft spot for his son-in-law. Even though Hutch often seems foreign to him.

The brother-in-law from hell, while Hutch might be unhappy about how calm and quiet his life has become, Charlie might be the main factor he seems depressed. For if it isn’t belittling Hutch, it’s about being the kind of person you hope something horrible happens, and you get to watch.

16-year-old Blake, at the peak of physical fitness, can’t help but look down at his dear old dad. But, perhaps the silver lining of Hutch’s sad life is Abby. The only one, despite how Hutch often is, loves him, adores him, and ends up being the person who gets him to break away from his routine.

Yulian’s right-hand man that is half Ethiopian, and Rusian, speaks Russian, and in Nobody, it is a joke, at least twice, because no one has seen a Black Russian before.

After Becca and the kids are sent away, and Hutch uses money from his auditor days to buy Eddie’s warehouse, Hutch sets up for a final showdown with Yulian, which ends up including his father, David, and Harry. Leading to Yulian and all his men dying, Pavel dies far earlier in the film, and it seems that Hutch has found some balance in his life.

At least in not being the square he became but not fully the murderous psychopath either. However, while shopping for a new house with Becca, since the last one was used to burn Yulian’s men’s bodies, a phone call comes on the realtor’s phone, and it is hinted Hutch may have been called back into action. Leaving a sequel a possibility.

Does Nobody Have Prequel/ Sequel Potential?

A sequel is setup for Hutch to get back in the game. We even meet one of his former contacts as Hutch is ramping up to go against Yulian or preparing himself for Yulian coming after him. Now, does this call for a sequel? I would say no, it doesn’t scream franchise, but when the box office results come out, who knows? Nobody might be a hit.