Desperate to not see the genocide of demons, Emma makes a deal with Norman but, will he be able to keep it up, considering it isn’t his sole decision?

Due to Norman having a soft spot for Emma, he decides to make a deal. Emma and Ray have 5 days to find Mujika and Sonju, for they complicate his annihilation plan. Now, why are they important? Well, because Mujika’s blood allows demons to maintain their human form without consuming humans which means, they can maintain their dominance. This is a problem for Norman, Barbara, Vincent, and Cislo because they don’t want or can fathom peace. There is only one position at the top of the food chain, and they don’t want to be anywhere but the head. 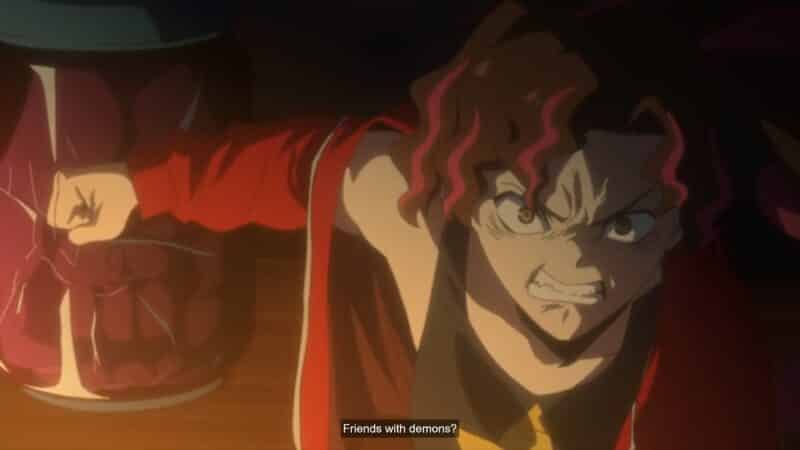 But, of course, due to fond memories of Sonju and Mujika and the desire for no one to die, Emma advocates for their survival. So, on his own, Norman gives Emma five days with no promise of what would happen if Sonju and Mujika were found and brought to him.

Thanks to the experiments done at Lambda, Barbara has seizures that require a notable amount of pills, and she isn’t alone in this ailment. Norman is coughing up blood, and it seems the rush to decimate demons isn’t just about revenge but wanting to live to see it. Hence Barbara being so intense.

However, how do the Gracefield Escapees feel? Well, Gilda is originally of Norman’s mindset until Emma’s impassioned speech about the death of babies, kids, the elderly, and being no better than demons. Which leads to all but Ray seemingly coming onto her side. 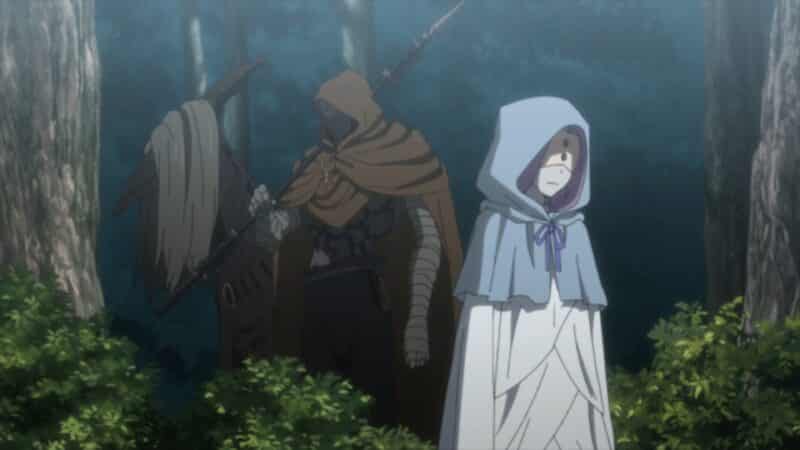 Though what may really help in pulling people to Emma’s side is that, with the mention of searching for Sonju and Mujika, there is the reminder there exists exceptions. Also, perhaps learning from Norman, Emma has it where it isn’t only Ray but also Don and Gilda who will help find Sonju and Mujika.

So with this shared burden and conversation about what to do, even though it is clear where Emma stands and Ray sheepish on presenting an opposing idea, everyone feels involved. Granted, they almost universally are on Emma’s side, but there is still this sense of inclusion.

What Happened That Night – Norman, Isabelle

So what happened the night Norman was supposed to be delivered to become a tasty meal? Well, we’re left only knowing that Isabelle brought Norman to someone who seemingly wanted to talk to Norman versus scoop his brain out on sight. Leaving us to believe, we may get to see what happened to Norman between his departure and reconnecting with his old family.

Time Is Of The Essence

With Norman and the rest of the Lambda escapees clearly on borrowed time and Norman even apologizing to Emma before the flashback, it appears time is of the essence. So even if Sonju and Mujika are found, it could be all over, and we honestly appreciate that. In its second season, the Promised Neverland hasn’t really had any real threat or time limit. No demons are shown to be actively hunting the kids, Isabelle, who was quested with finding them, she hasn’t been seen in a while, so Norman is the first one to present any sort of deadline.

Though, let’s be real, Norman is one of 5, including the one with a paper bag on their head. So his promise didn’t really mean much for Barbara could easily go rogue if not everyone decide Norman is no longer fit to be the boss due to Emma’s influence. 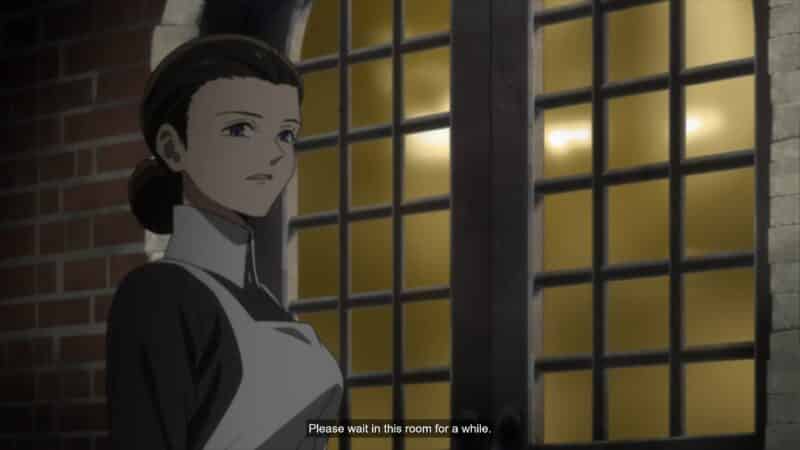 It isn’t clear what we may see if Norman or learn in episode 8, but considering the uproar of all that was potentially cut, maybe we might get a taste of what the manga readers have been speaking of? Because with Barbara’s seizure, Norman coughing blood, and the horror stories presented in a previous episode, to just gloss over what happened at Lambda and keep it pushing would be a disservice.