The Ancient Magus’ Bride: Season 1/ Episode 19 “Any Port In A Storm” – Recap/ Review (with Spoilers)

As Joseph haunts his acquaintances, Renfred gathers allies to stop an auction of a dragon.

A nightmare featuring Cartaphilus and then waking up to Alice asking you what you want to wear and Selkie by your bedside. Normal may be a foreign word to Chise but consistency would still be nice. Well, besides there being a crisis on a regular basis. Of which, this time it is about 2 dragons being poached and how to handle them. Though, it isn’t necessarily just about that. Injected into the conversation as well is Chise.

With Elias rebuffing them and ignoring their concerns, there comes the question of whether Elias is doing what is in Chise’s best interest. Of which, to a certain degree, as he moves about in his form of Joseph, he doesn’t care. Chise has chosen him and he feels validated to the point of not seeking outside counsel much. But, as consistently said, what would the point be of seeking council when everyone thinks the absolute worse of him? At 6 PM it begins and, as the last time Chise was in the auction house, things are rather weird. First weird in a, “I haven’t seen you in a long time!” kind of way with Mr. Seth, who notes Chise has grown. However, then there is the conversation mentioned about and Elias pushing the idea Renfred didn’t choose the path of a sorcerer but it was coerced onto him. Which, considering how we saw Renfred when he was drinking, and there being some kind of flashback, pushes the idea that everyone involved had some sort of childhood trauma.

However, luckily for Elias, Alice doesn’t hear not one bit of the conversation. At least, to the point of wanting to act on her master’s behalf. Leading us to the auction in which Chise is dealing with people watching her and a woman speaking to her telepathically. Something which is as creepy as it sounds but with one of the dragons being auctioned and anxious, being able to hear his thought helps Chise. Not enough to do something, as of now, but tears on her face help her understand them empathetically. 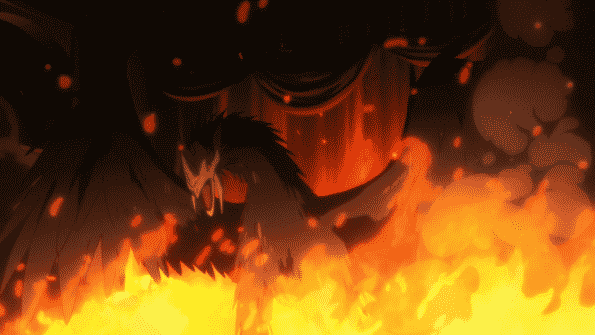 Should we have a reason to get excited? Joseph has clearly done something to this baby dragon to either accelerate its growth or some other twisted experiment. Alongside that, we’re back at the auction house with many a creepy figure. Including at least one who may be a friend – well, of the enemy of my enemy variety. That is, assuming they aren’t someone who tried to buy Chise and lost to Elias.

Which is a whole other subject. Elias really was showing his behind with Renfred this episode. I don’t know if it was because of the appearance he was using or what, but usually Elias’ ego isn’t this upfront and in your face. Much less, him sending jabs at Renfred about perhaps not choosing the path he is on was very interesting. Mostly because, it isn’t clear, for quite a few characters, what their full-on background is. Are we aware of Alice’s, Chise, Elias’ to a point, and even Lindel? Yeah. However, when it comes to their creators or current caretakers, we’re kind of in the dark.

The person who gave Lindel and Elias their name? Haven’t seen them in how long now? Why were Alice’s parents on drugs or where is Chise’s dad and brother? Who knows? And, mind you, the only reason these questions are being brought up is because there is more than enough time to address these questions.

Leading to one which has been bugging me a little bit: Could Cartaphilus and Elias have a similar origin? As of now, it isn’t clear where either one comes from, but they do seem rather familiar with one another. So would it be wrong to assume that either Cartaphilus may have had a hand in creating Elias or whoever cursed Joseph may have been Elias’ creator?