Wherever I Look
Recaps, Reviews, and So Much More
Home TV SeriesAnime Redo of Healer: Season 1/ Episode 10 “The Healer Becomes a Single, Lovely Flower!” – Recap/ Review (with Spoilers)
Anime

While Keyaru believes he may finally have a face-to-face chance with Blade, between Norn and someone named Hawkeye, will he get his chance for revenge?

If You Stay Ready You Don’t Have To Get Ready – Keyarga, Karman, Hawkeye

From a bell tower, Keyarga spots his target, Blade, but also someone named Hawkeye. Now, not much is said about Hawkeye, beyond him being a hero (?), and it seems clear Hawkeye can see far beyond what an average human can. Thus, he is a threat. 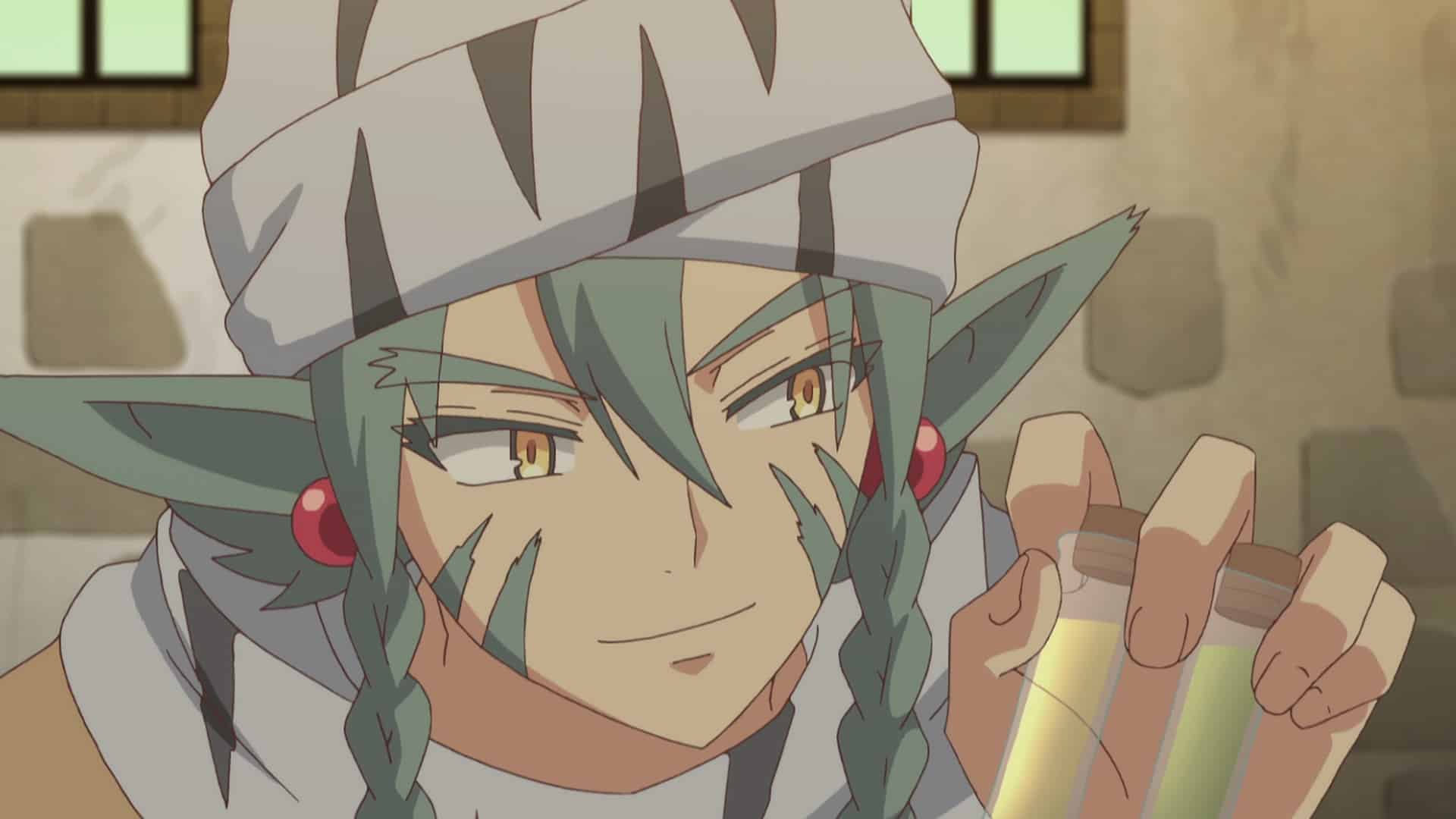 Karman, a merchant, who Keyaru decides to partner with.

But not one Keyarga has any reason to attack, so he isn’t put into his plan. Rather, working with Karman, the merchant we met in the last episode, Keyarga, once more, tries to set up a consistent stream of income in order to pay for travel expenses. Which, with Karman not greedy like the other merchant, it seems this relationship will last as long as Karman doesn’t get himself killed.

With Blade establishing herself as a local rapist, taking advantage of girls going to a local bar, Keyarga begins to put a plan in place. One that has him consider using Freia or Setsuna, but he cares for them too much to let them be potentially broken by Blade. Especially since Blade, whether dealing with a man or woman, likes to drug them, tie them up, and have their way with them.

So, since it is safer, Keyarga simply transforms himself into a girl, who he names Keara, and has Freia make him up. But, being that this is Redo of Healer, despite Setsuna not into girls and Freia thinking this is slightly weird, they both pounce on Keara and have some fun.

Which, after all that is done, Keara heads out to the bar, and we’re reminded that, no matter how Keyarga looks like, his powers remain. Hence him whooping a few dudes ass.

However, when it comes to Blade, things are a bit more difficult. Why? Well, because Blade is a date rapist, and despite Keyarga having a tolerance to many a drug, he isn’t utterly immune. Thus, when roofied and forced to swallow by an aggressive kiss, he gets knocked out.

You Got The Wrong One – Keara, Blade

Blade smiling as they harness the power of their sword

This doesn’t last long, though. But rather than be in a quiet area where Keara can have the upper hand, unfortunately, Keara not being knocked out is revealed because Blade throws her in the air to handle someone whose daughter was raped by Blade. Note, Blade has maybe been there for a few days, and already they can name 4 people they assaulted.

That aside, with Keara knocking that guy out to land softly and then fighting Blade, so comes Blade unsheathing their Hero’s weapon, the Sacred Sword: Ragnarok. This puts Blade at an advantage Keara can’t overcome since the sword increases Blade’s strength and healing abilities. So any tricks Keara does are quickly healed from, including poison. Thus, Keara loses round 1.

Round 2, however, Keara wins for without the Sacred Sword: Ragnarok, Keara has the ability to overpower Blade. Which means, you guessed it! It is time for REVENGE!

Keyaru Feigning That They Were In Trouble

Being that Keyaru, Keyarga, Keara, whichever name you prefer, oftentimes overpowers whoever they are facing, getting a sense that there still are formidable opponents out there, it made things interesting. Especially since it was Blade for, after building her up for so long and holding off the two coming face to face, it made their fight all the more noteworthy. Be it when they were on the streets or when Blade was ready to rape Keara.

This leads me to wonder, when Bullet comes onto the scene, or even when/if Keyaru faces Princess Norn, may we end up not getting this Herculean comeback?

Blade Being Thoroughly Fucked Up

Blade lived up to the hype. They weren’t just screwed up in Keyaru’s past life, but this one too, and considering maybe only a night passed, at minimum, and already Blade claims assaulting 4 girls?! Oh, it flared up all the hatred from when they were beating and doing who knows what to Keyaru.

But, we gotta admit, I appreciate that the show conveyed Blade deserved what’s coming to them without us having to see what they did to someone. It reminds me of when Keyaru got his revenge on Princess Flare and, with watching the censored version, you didn’t know what happened, so your imagination could run wild. 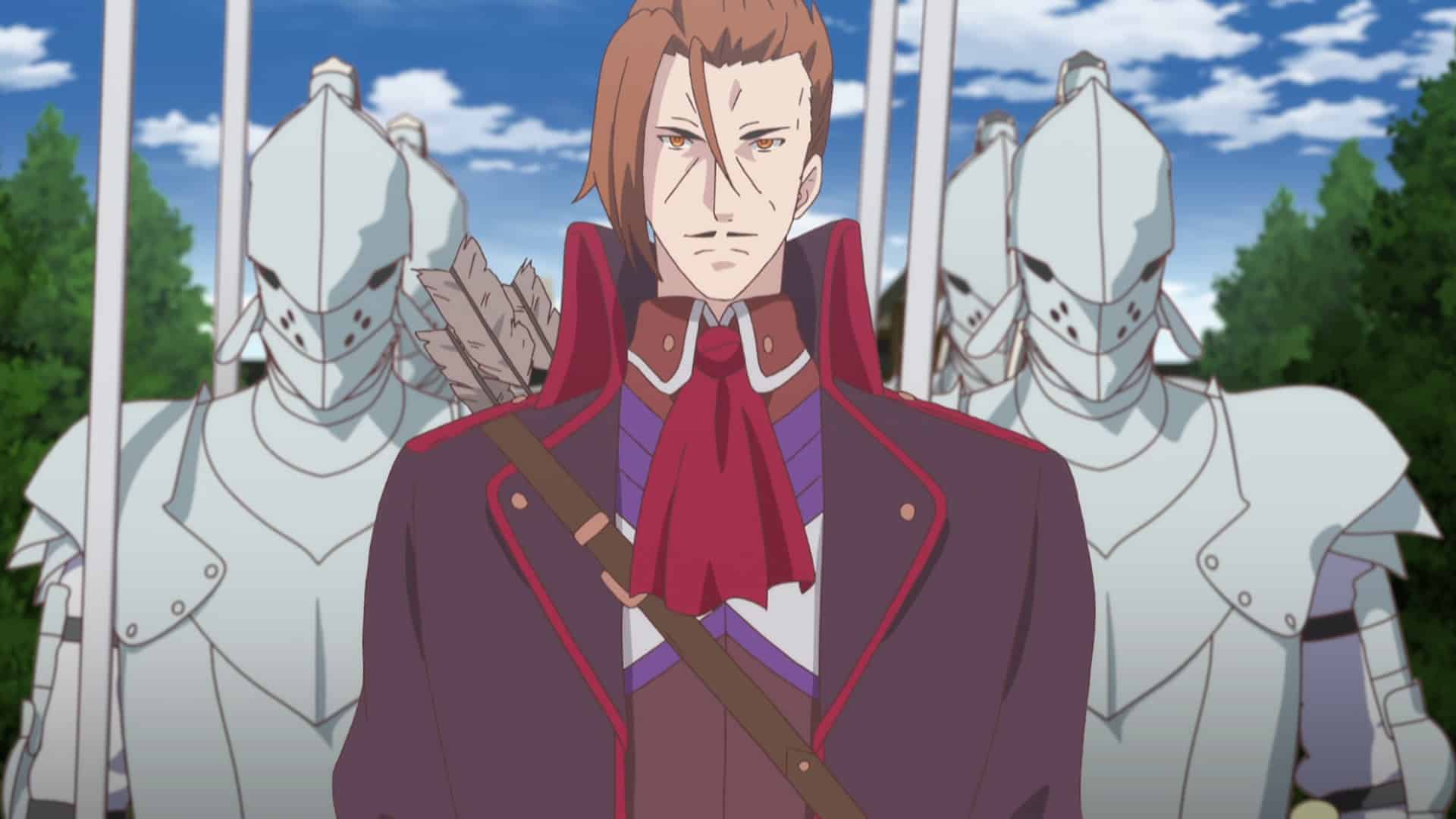 Hawkeye walking with the rest of the Order of Holy Lane

I’m not sure who Hawkeye is, but considering some demons can see through Keyaru’s disguises, imagine if Hawkeye can see through his as well? Alongside that, what if Hawkeye reports Keyaru to Princess Norn? As shown, Keyaru is capable of a lot if he fights you one on one or with Setsuna, now Eve, and Freia. However, if it is two on one, with Keyaru at a disadvantage, it leaves you wondering how he could deal with the situation? Especially if he can’t get his hands on the other person and use “Heal.”

Keyaru Feigning That They Were In Trouble - 86%

Blade Being Thoroughly Fucked Up - 85%

With Keyaru finally getting to face Blade, it seems we're setting aside side stories to get to the main thing we've wanted to see – Justice!