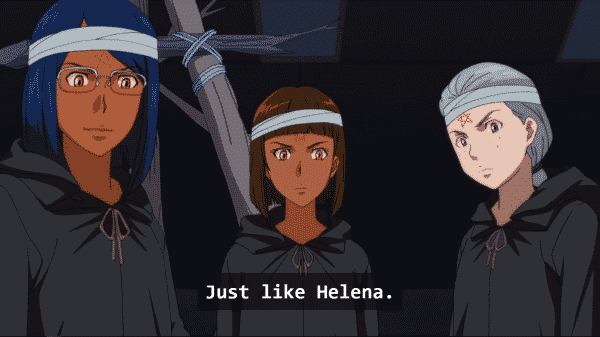 As Kaz shows his distaste for those who don’t seek to fit in, he finds himself forced to deal with the Helenists.

As Kaz moans about falling off the Bachelor board and being embarrassed by high society, he finds himself with a new assignment. One which requires him to return to his alma matter, Easton. Though, what he thinks is a job as an elegance instructor for Helena’s followers, the Helenists, is actually a missing to seek out demons who have been entering the school. Of which, low and behold, are the Helenists.

You see, they so badly want to be her that they want to understand what it is like to be possessed as well. Thus leading them to make a deal with demons which requires Kaz as a sacrifice. Which he becomes for, despite being so powerful to take on demons, three girls, a cloth, and some rope, strips him of his power it seems. Making the fact Helena feels like she owes him, for exorcising her, and him keeping bringing her luxury chocolate, the only thing that saves him. However, it doesn’t necessarily heal their relationship to what it once was.

For as long as he finds himself the lapdog to the rich, she probably can’t love him. Though, luckily for Kaz, thanks to working with his friends on a fancy drink, he ends up #5 on the Bachelor’s list. 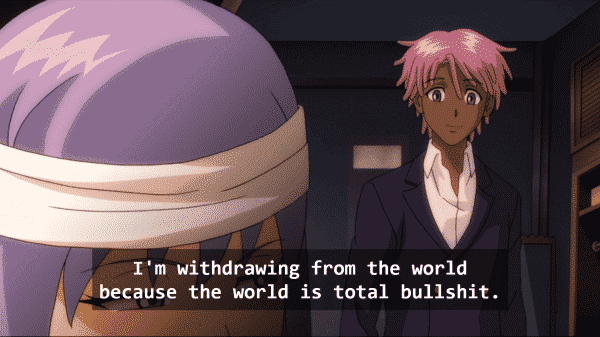 Yup, so this show definitely is supposed to be anti-capitalist and show how, no matter how much you study and know, if you are like Kaz, you’ll always be an outsider. Then, probably to push the idea you are one of those you emulate to be, you will begin to think and act like they do – including the negative bits. Hence why Kaz honed in on Professor Muley (?). Showing that, despite how Kaz gets bullied and talked down to, he doesn’t see how others treat him in his own actions.

Which, while interesting to think about, watching Kaz play this out is a bit of a bore. Especially as Helena starts dissecting Kaz’s life. In a way, I almost feel that watching Neo Yokio allows me to understand how Republicans and conservatives feel when award shows speak on matters which go against their values. Not to say I’m all for capitalism but there remains this vibe that Neo Yokio was written for the Tumblr generation who maybe saw a few .gifs of Daria and tried to mimic that.

But, let me tell you, imitation is by no means leading to something which should be considered flattery.