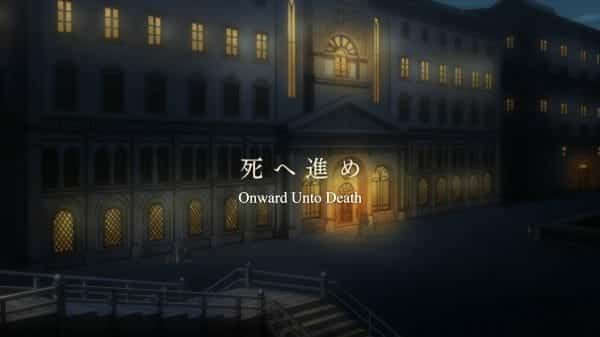 It seems Goblin Slayer may have finally bit off more than he can chew as he encounters a Goblin Champion.

It has been a few months since Onna met Goblin Slayer and things have been going a bit well. However, with the Sword-Maiden warning that Goblin Slayer will disappear, so comes the need to raise an eyebrow. For one, why did she say that and two, what led her to feel she must say that to Onna specifically? Was it just to warn her for the sake of being prepared or warn her that she shouldn’t associate with the man?

It’s hard to say but her warning becomes a serious thing to think about and deal with. Why? Well, with Goblin Slayer noticing there aren’t any quests dealing with rats, he decides they need to head back into the sewers. Again, why? Well, it seems he wants to look into if there is poisonous gas down there for reasons not explained.

His quest leads to an uncharted part of the sewers and him, alongside Onna, Tokage, Kouhito, and Yousei being trapped in a room by goblins. Goblins who try to weaken them all with poisonous gas. Luckily, from miners, Goblin Slayer knows a way to counteract that trick and uses his knowledge to prep for an assault. One which is in his favor, at first, until he goes after the Goblin Champion and, like when he went against the ogre, he is flung so hard he ends up spitting up blood.

Leading to, with him out of commission, Onna’s arm getting beaten by the champion, Yousei nearly raped, but hearing screams wake him up. It gives him the strength to choke the Goblin Champion, with hair from a dead body used for the trap, and snatch an eye. But, after making sure Onna is alright, he collapses. 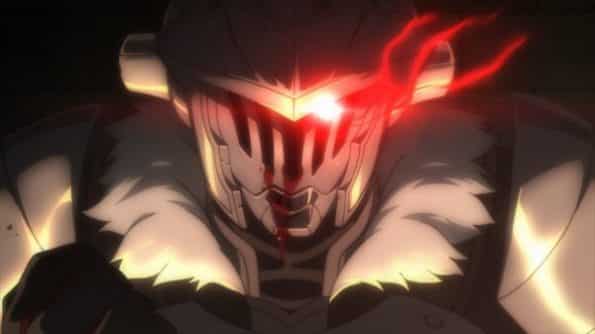 All I’m saying is, the show is named Goblin Slayer and the new mangas have his picture on them. More than likely he just passed out. With that said, I’m fully expecting them to strip him down to bandage him and we finally get to see what is under that armor. It had to be done right? I’m sure Tokage could heal him without doing that but it isn’t clear how much healing magic works. It can’t revive the dead, we know that much, and probably won’t fix mortal wounds. So it means we’re destined for a big reveal right?

Now, as for whether said reveal will be on the level of seeing Onna, Sword Maiden, and Yousei naked? Who knows? Anime like this is mostly geared towards heterosexual men so I doubt it. Not to say I need or want to see all that. It’s more about equal opportunity. For, unless I missed it, it wasn’t really explained why goblins solely go after women. Especially since we have yet to see a female goblin so you’d think they wouldn’t necessarily discriminate. Add in humans don’t seem to give birth to goblins and it leads you to wonder which one had sex with a human woman and passed along how good that felt?

Disgusting thoughts like that aside, I wonder how long it will take Yousei to realize she is damn near nude before she freaks out? Unless elves don’t care. Though, considering the way guys at the guild were talking, it seems Yousei definitely will feel a certain type of way when her focus isn’t just getting the hell out of that sewer with everyone alive.

Oh, and one more thing, wasn’t there a promise that after that last job they were going to go on her kind of adventure? Why didn’t she push for that promise to be kept? Especially since it is becoming clear, considering how she followed Goblin Slayer around, she might have feelings for him?